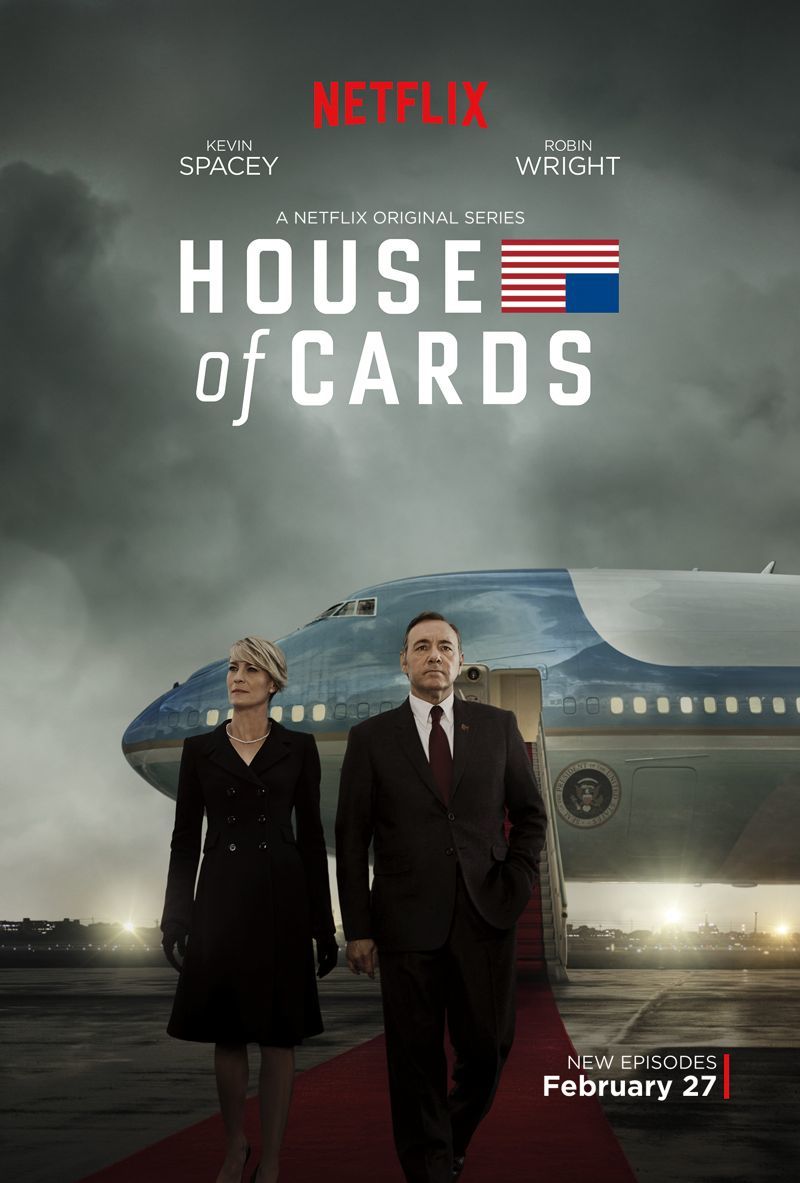 HOUSE OF CARDS Season 3 Poster : Take a look at the official key art for the highly anticipated third season of the Netflix original series House of Cards. All thirteen episodes will launch on Friday, February 27, 2015 at 12:01am PT only on Netflix.

Created by Golden Globe® and Emmy® nominated showrunner Beau Willimon, the critically acclaimed drama starring Golden Globe® winners Kevin Spacey and Robin Wright, returns to Washington with the stakes now higher than ever.  President Underwood fights to secure his legacy. Claire wants more than being First Lady.  The biggest threat they face is contending with each other.

Based on the BBC miniseries of the same name, the third season of House of Cards is executive produced by David Fincher, Joshua Donen, Beau Willimon, Kevin Spacey, Dana Brunetti, John David Coles and Eric Roth. The one-hour drama is produced by Donen/Fincher/Roth and Trigger Street Productions, Inc. in association with Media Rights Capital for Netflix.

Netflix will have House of Cards in 4K and we will be the only place where you can watch it in that high quality.