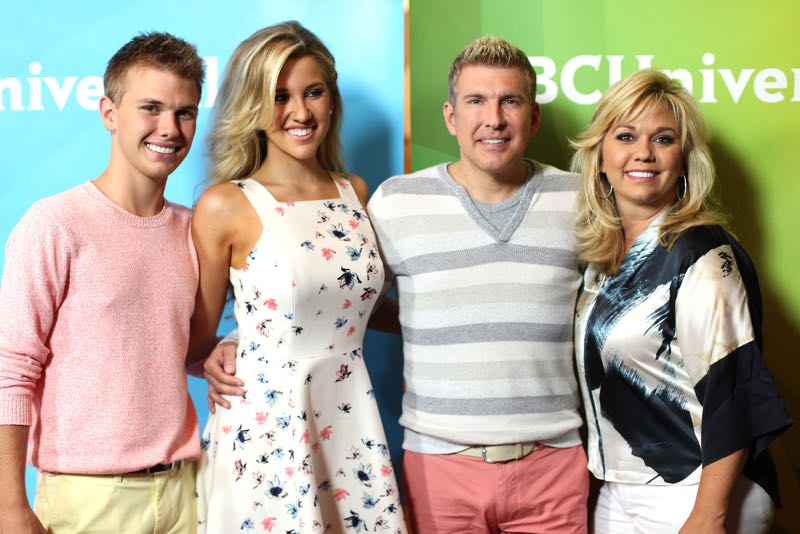 The royal family may have some stiff competition as the Chrisleys jump the pond and pay London a visit!  USA Network announced today an additional six-episode pickup to extend the third season of the buzzy, breakout hit reality series CHRISLEY KNOWS BEST. This brings the third season order to 18 episodes, which will air in two-parts.  The real-life family comedy follows the entertaining lives of Atlanta-based “Patriarch of Perfection,” Todd Chrisley, and his colorful clan – including his wife, five children and two grandchildren.

“We’re excited to follow the Chrisley family on this great adventure” said Jackie de Crinis, executive vice president, original programming for USA Network. “Todd is a creature of habit and prefers to be king of his own castle, so there is no telling what will happen when he travels outside of the USA for the first time ever.”

Trading sweet tea and southern biscuits for English tea and crumpets, Patriarch Todd and his southern brood will be making their way to London for a family vacation that is sure to bring a lot of laugh-out-loud moments during the second half of season three.  CHRISLEY KNOWS BEST, currently in production, is slated to premiere this summer on USA.

The first two seasons of Chrisley Knows Best are currently available on video on demand and on USANetwork.com. Fans can also access “Chrisley’s Corner” on USANetwork.com, a one-stop destination to gain access to exclusive un-aired scenes from season one, games, GIF galleries and more Todd-tastic surprises.