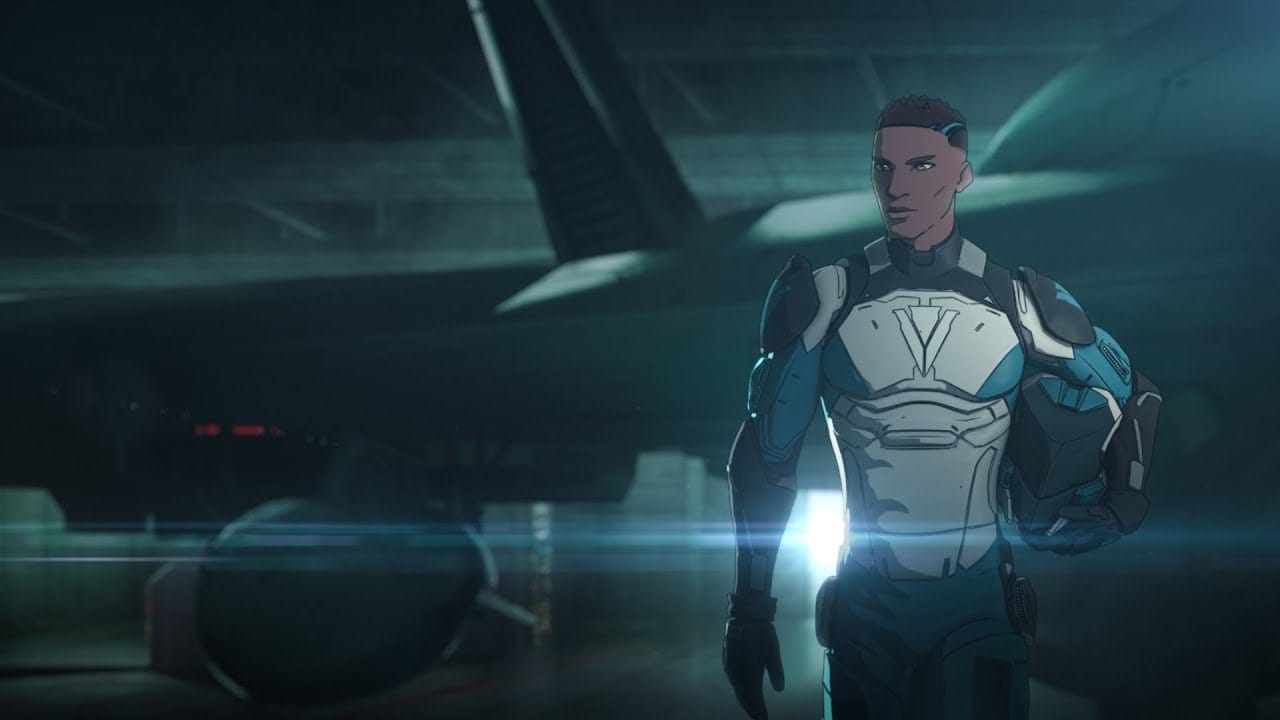 Fifty years in the future, gen:LOCK tells the story of an oppressive authoritarian force that threatens to conquer the world. A daring team is recruited to pilot a new form of devastating mecha, but they must be willing to sacrifice everything to save the world.

Dakota Fanning (The Alienist, Twilight Saga), Maisie Williams (Game of Thrones, Early Man, New Mutants), Golshifteh Farahani (Pirates of the Caribbean: Dead Men Tell No Tales), and David Tennant (Jessica Jones, Dr. Who) are all set to return to the series along with Jordan.

“We are proud to bring gen:LOCK’s bold vision, inventive style, and extraordinary cast to HBO Max, and to build on the success that our partners at Rooster Teeth and Outlier Society have crafted so skillfully,” said Billy Wee, senior vice president original animation, HBO Max.

“We’re beyond excited to be producing a second season of gen:LOCK for HBO Max,” said Matt Hullum, co-founder and Chief Content Officer at Rooster Teeth. “Billy Wee and the team at HBO Max have been incredibly supportive in the development process, and we’re thrilled to be working closely with them on this project. We were blown away by the response to the first season of this show, both by the Rooster Teeth community and the Adult Swim audience, and cannot wait to bring it to more fans of action, sci-fi, and mecha animation.”

About Rooster Teeth
Rooster Teeth is a pioneering media and entertainment company responsible for some of the biggest online series in history, such as the award-winning and longest-running web series, Red vs. Blue. They also produce the globally acclaimed animated series RWBY, the first western anime series to be distributed in Japan; the award-winning Rooster Teeth Podcast; and Immersion, a reality format that brings video game theory to the real world. Rooster Teeth has a massive global footprint of more than 45 million subscribers to its YouTube Network, 5 million unique monthly visitors to its RoosterTeeth.com hub and 3 million registered community members. The company was founded in 2003, and is a subsidiary of Otter Media, a WarnerMedia company. Discover more at RoosterTeeth.com.