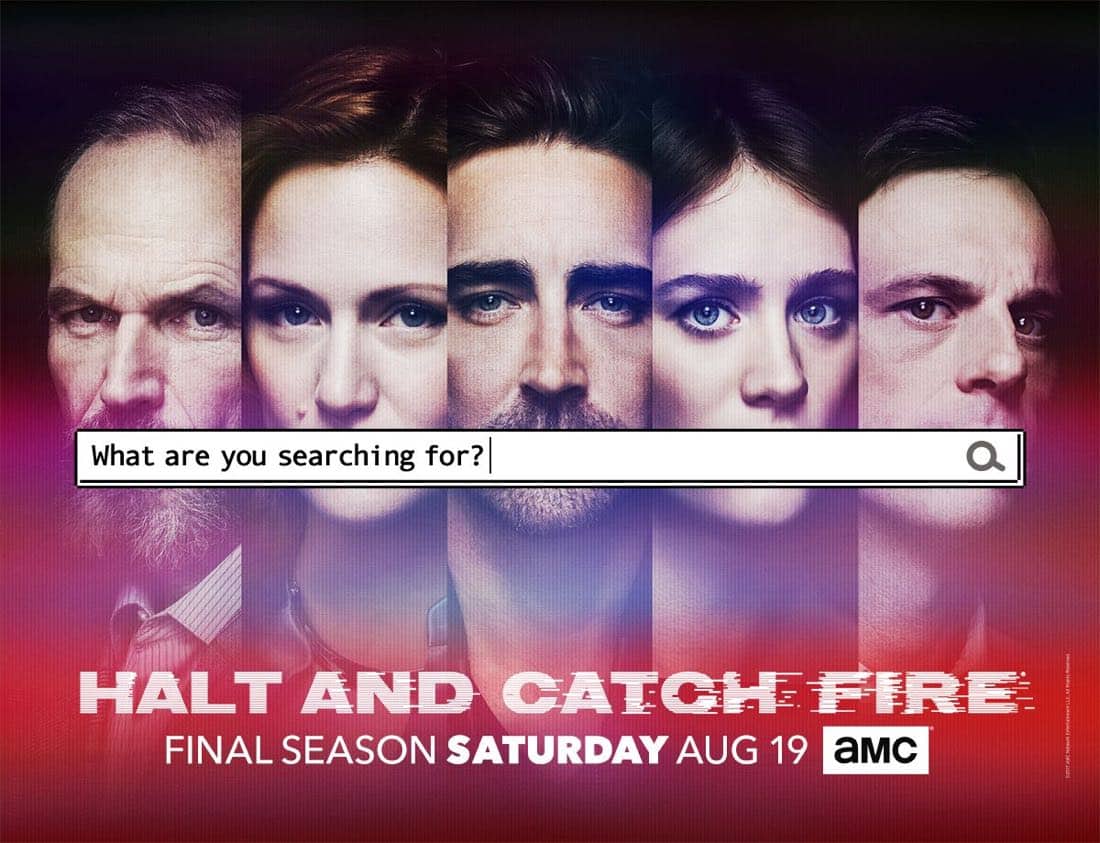 AMC today released the key art for the fourth and final season of “Halt and Catch Fire,” which will debut with a two-hour premiere on August 19th at 9:00pm ET/PT. “Halt and Catch Fire,” created by executive producers and co-showrunners Christopher Cantwell and Christopher C. Rogers, chronicles the tech industry and the birth of the Internet in the 1980s and early 1990s.