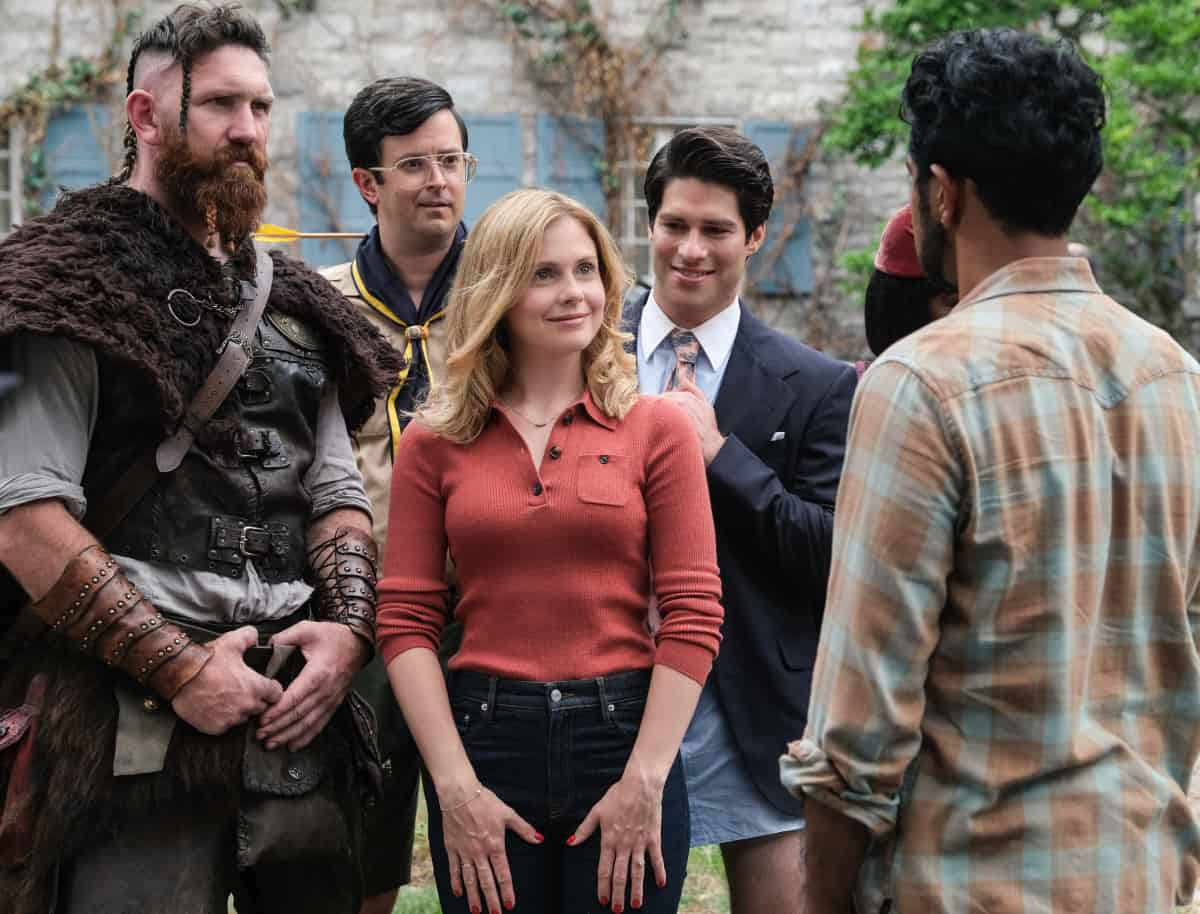 GHOSTS Season 1 Episode 3 Photos Viking Funeral – When Thorfinn’s bones are discovered on the Woodstone property, he asks Sam to conduct the traditional Viking funeral he’s always wanted. However, Sam and Jay are torn when they learn that the bones could be sold to a museum for a lot of much-needed cash. Also, the ghosts conduct an election for a “ghost representative” to bring issues to Sam, on GHOSTS, Thursday, Oct. 14 (9:01-9:30 PM, ET/PT) on the CBS Television Network, and available to stream live and on demand on Paramount+. s01e03 1×03 1.03 s1e3

The departed souls are a close-knit, eclectic group that includes a saucy Prohibition-era lounge singer; a pompous 1700s militiaman; a ‘60s hippie fond of hallucinogens; an overly upbeat ‘80s scout troop leader; a cod-obsessed Viking explorer from 1009; a slick ‘90s finance bro; a sarcastic and witty native from the 1500s; and a society woman and wife of an 1800s robber baron who is Samantha’s ancestor, to name a few. If the spirits were anxious about the commotion a renovation and B&B will create in their home, it’s nothing compared to when they realize Samantha is the first live person who can see and hear them.