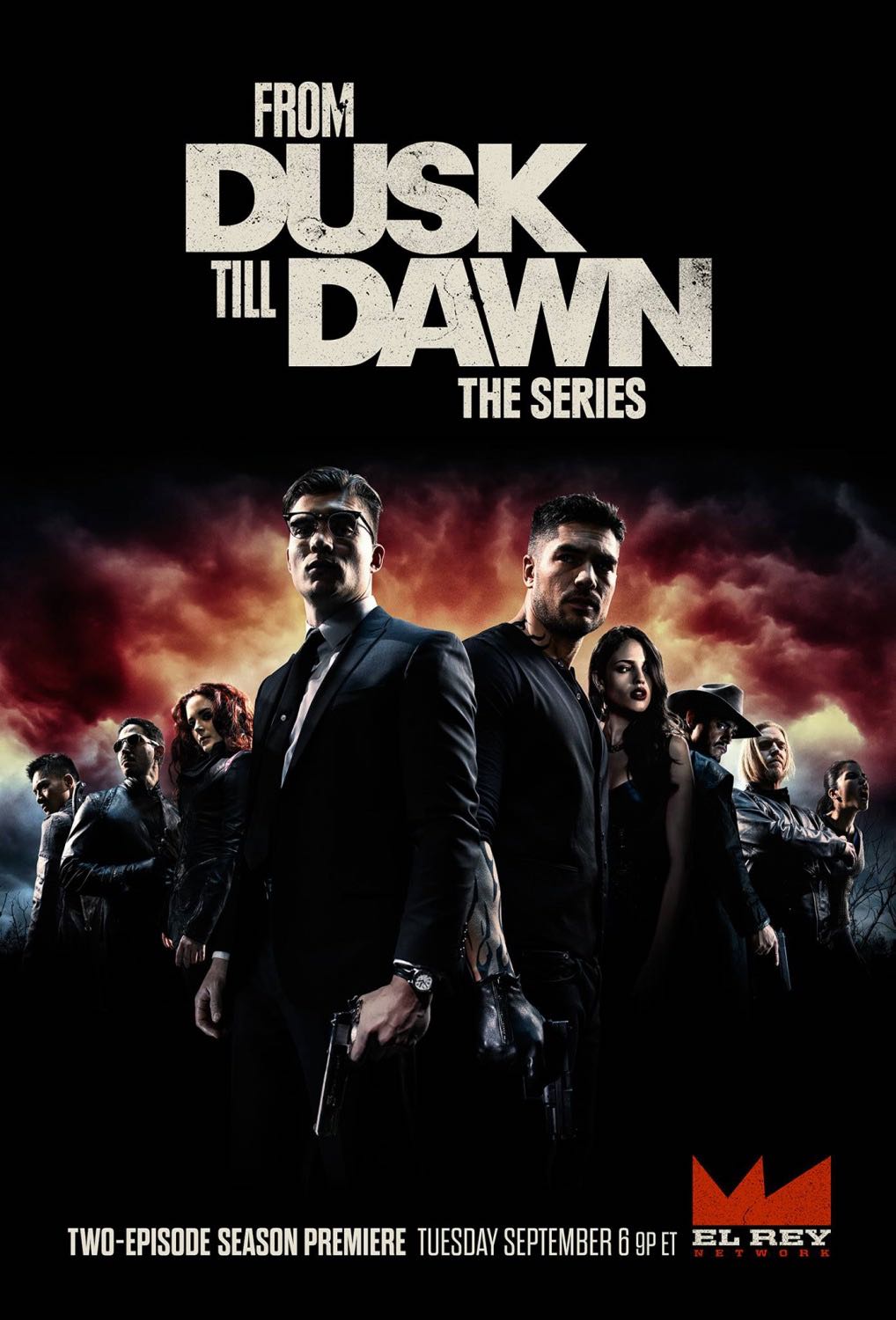 Season 3 of From Dusk Till Dawn: The Series will premiere on September 6 at 9PM ET. The 10 new, action-packed, horror-filled episodes follow the Gecko brothers into the vortex of the culebra underworld, as they are forced to assemble an unlikely crew to battle new enemies determined to take them down.

Season three of “From Dusk Till Dawn: The Series” continues the Gecko brothers’ saga as they fight their way through the chilling world of culebras, the vampire-snake hybrids that control hidden empires in Texas and Mexico. Once the baddest outlaws in the land, Seth and Richie made a run for the Border two years ago to save their lives – and their fortune. After stumbling into a bar full of bloodsuckers and bandits, the Geckos encountered the vampire goddess Santánico, joining her cause to settle an old score. It won them a place in the culebra world. Now that world is on the verge of violent and destructive explosion as new enemies hell-bent on domination gather to take them down.  In typical Gecko fashion, Seth and Richie assemble an unlikely crew (some new, some old) to take on the forces of hell.

MIRAMAX® distributes FROM DUSK TILL DAWN: THE SERIES internationally in all territories.