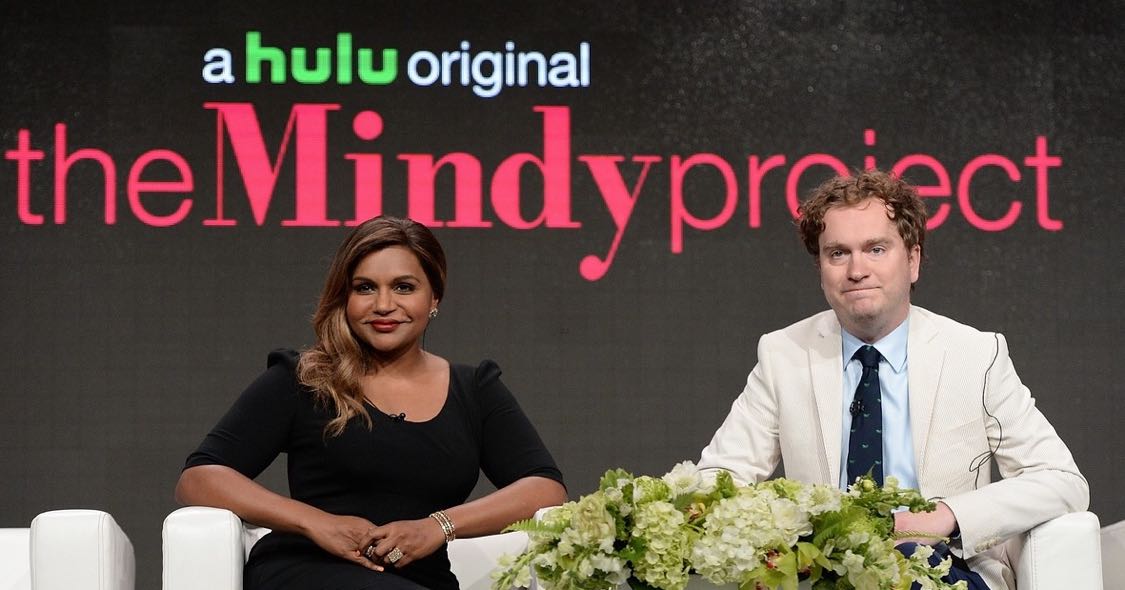 This Summer’s TCA tour included presentations from Hulu, who presented on the tenth day of the tour. Here are some of the featured television shows and specials that caught our attention:

At Hulu, the average hours per viewer is up 30% from 2015 and total streams are up nearly 80%, with the average subscriber watching 13 hrs programming per week.

Previously announced that THE PATH renewed for Season 2.

Hulu has greenly the “Limelight Documentaries” showcasing pop culture icons through documentaries, such as: the George Lazenby documentary entitled “Becoming Bond,” another on The Dana Carvey Show, others on the beginnings of JACKASS and Shepard Fairey. Hulu has also acquired streaming rights to: THE LAST PANTHERS, BILLY ON THE STREET, UNDERGROUND, NASHVILLE, HOMELAND, THE MUSKETEERS, FARGO, THE BRIDGE, DEUTSCHLAND 63, TOP OF THE LAKE, CITY OF GOLD and KING GEORGES, as well as Disney Channel, Junior and XD originals.

As THE MINDY PROJECT enters Season 5 (and its second season on Hulu), ratings appear to be a non-issue for Mindy Kaling and her co-producer Matt Warburton. Matt Warburton said he feels the TV audience followed the show to Hulu and Mindy Kaling noted that: “The single best improvement in my life is working for people who aren’t focused on the number of people who are watching.” Mindy also said: “I was really proud that we did 26 episodes, because it was a lot of work but so rewarding.” To which Warburton also added: “We feel like we’re our own standards department. We’re able to take storytelling risks and find new ways to explore characters.” For viewers who were left wondering about the Season 4 cliffhanger regarding Mindy and Danny (Chris Messina), the Season 5 premiere episode titled “Decision 2016,” which will definitively address Mindy’s love life. Mindy explained that one of the biggest lessons of last season for her character was Mindy learning that her career was as important as other aspects of her life. So having Mindy go through the season thinking she found the right guy, having kid and it did not work. But she could still be happy and the theme of balancing a person’s professional ambitions with the wants of their partner is being explored. Mindy really felt like it was valuable to show that a single mom can date, but said that in Season 5 will return with Mindy on less dates-of-the-week, just being more on her own. So upcoming next season as guest-stars are: Bryan Greenberg, Rebecca Rittenhouse, Nasim Pedrad and more. Addressing Chris Messina and how much he will continue to be a part of the show in Season 5, Mindy said: “He’s still in the world of the show, so fans don’t have to worry.” And Matt Warburton emphasized: “He’s Leo’s dad. So he will always have a place on the show.” THE MINDY PROJECT Season 5 premieres on October 4, 2016 on Hulu. (Season 5 has a 16-episode order.)

The premise of Hulu’s new drama series SHUT EYE is: What happens when a fake psychic gets a head injury and that suddenly makes him a real one? Star Jeffrey Donovan commented: “It’s a very strange world these people live in. That’s what attracted me to the show. . . How does a con artist con a con artist? It’s a detailed pragmatic process.” Co-star KaDee Strickland further noted: “There are so many interesting webs to be woven in SHUT EYE.” Donovan was fascinated to learn who are typical psychic “marks” (victims): “The victim is smarter than you think. They are college-educated and smart. They have money to steal.” Executive producer Les Bohem said the found out that most psychic parlors are run by families and that inspired him to start writing the show, though one of the more controversial aspects was writing Donovan’s character as a non-alpha. Donovan even remarked: “It’s been a big challenge for me to play this type of character . . . Charlie preys on the victim to understand what their weakness is and prey upon it.” He even did research by meeting with mentalists (people who can read people) to prepare for the role. SHUT EYE stars Jeffrey Donovan and KaDee Strickland and Isabela Rosselini. (Impression: The show sounds interesting and certainly deserves checking out.) SHUT EYE premieres December 7, 2016 on Hulu.

Hulu’s new drama CHANCE is described as a psychological thriller based on the Kem Nunn book, where a forensic psychiatrist gets caught up in a love triangle with a character with multiple personality disorder. CHANCE stars Hugh Laurie, Gretchen Mol, Ethan Suplee. Executive producer Michael London noted: “We go from a psychiatrist’s life to a world of darkness and sexuality.” Gretchen Mol said the juiciness and the moodiness of the show really spoke to her, and to prepare for such an intense role, she spoke to a woman who had dealt with a case of 25 different personalities. Executive producer Alexandra Cunningham explained: “One of the reasons that noir is so great is that the heroines are so smart.” In addition, they wanted to make sure that there was layers and nuances to all the characters. Such as, Hugh Laurie’s role as “Chance” is not the classic anti-hero. Star Hugh Laurie said: “[Chance is] learning how to be a man of action . . . [and] he learns how to have an effect. . . We are seeing, if we get it right, a profound transformation of a number of characters. . . It’s become intolerable to Chance to carry on, when he knows he’s not helping or making a difference.” When asked why he chose to revisit another role as a doctor, Laurie revealed: “Neuroscience is fascinating . . . [and while] psychiatry and neuroscience have a way to go, it will become more valued.” For fans of the book, Season 1 is comprised almost exclusively on the events in the book. As the show has already been picked up for two seasons, then Season 2 would explore beyond the book. (Impression: Previews look a bit intense, twisted and freaky. Will have to see it to get a better sense of it.) CHANCE premieres October 19, 2016 on Hulu.

That’s a wrap on the network and studio presentations from Day 10 of the Summer 2016 Television Critics Association Tour. As a reminder: be sure to mark your calendars for the upcoming new series and specials as you do not want to miss out on the next great TV show that everyone will be talking about.