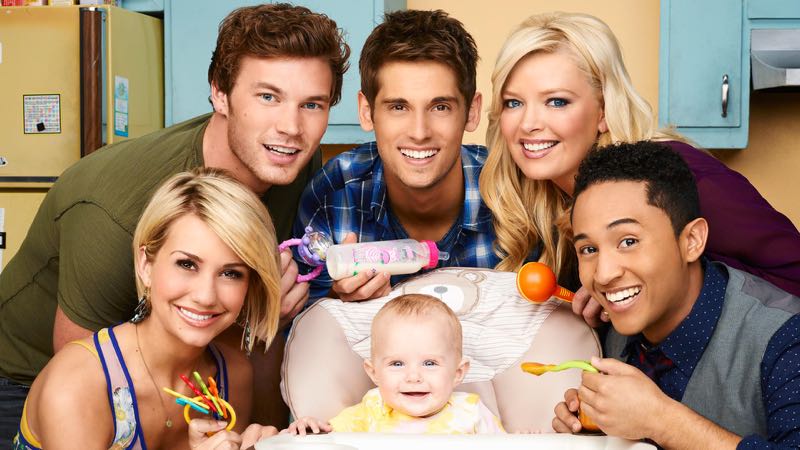 Freeform’s No. 1 comedy “Baby Daddy” has been picked up for a sixth season which will take the series to 100 episodes, Karey Burke, executive vice president, Programming and Development, Freeform, announced today. The hit comedy launched the back-half of its fifth season June 1 to time-period winning ratings and has grown in subsequent weeks to near 1-year ratings highs in key target demographics.

“The lines between family and friends are so wonderfully crossed in ‘Baby Daddy.’ You can always count on the Wheeler clan for a big laugh along with heartfelt moments,” said Burke.

In season six, Ben will remain on his quest to find the “girl of his dreams” and Emma’s new mom while Danny and Riley figure out their future. “Baby Daddy” follows Ben (Jean-Luc Bilodeau), a young man in New York City living a bachelor’s life with his buddy, Tucker (Tahj Mowry), and his brother, Danny (Derek Theler), a professional hockey player. Their lives are turned upside down when they came home one day to find a baby girl left on the doorstep by an ex-girlfriend of Ben’s. Ben and his close-knit family and friends, including his overbearing mom Bonnie (Melissa Peterman) and close friend Riley (Chelsea Kane) band together to raise baby Emma together, navigating lives and loves with a kid in tow.

“Baby Daddy” stars Jean-Luc Bilodeau, Derek Theler, Tahj Mowry, with Melissa Peterman and Chelsea Kane. The series is created and executive-produced by Dan Berendsen (“The Nine Lives of Chloe King,” “Sabrina, the Teenage Witch” and “Hannah Montana: The Movie”). “Baby Daddy” is a multi-camera comedy that shoots in front of a live studio audience in Los Angeles.

The “Baby Daddy” pick-up joins other recently announced Freeform programming including series “Famous In Love,” “Marvel’s Cloak and Dagger,” “Ben and Lauren: Happily Ever After” and pilot “Issues.”