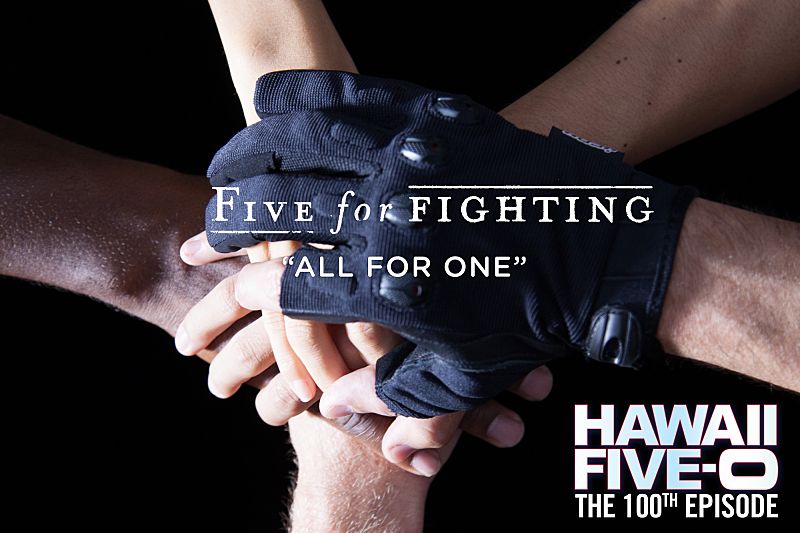 Grammy Award-nominated artist John Ondrasik, also known as Five For Fighting, will perform a new song he wrote specifically for the 100th episode of HAWAII FIVE-0. The song, titled “All For One,” will premiere during the broadcast of the milestone episode, Friday, Nov. 7 (9:00-10:00 PM, ET/PT) on the CBS Television Network.

“I’m excited to contribute to HAWAII FIVE-0’s landmark moment by writing and performing an original song that will close Episode 100,” says John Ondrasik. “The song ‘All For One’ reflects the Ohana bond McGarrett and company have developed over the last five years. There is no show that has a more iconic music theme than HAWAII FIVE-0. As a fan of the original and current series, it’s a pleasure to join the Island good guys’ ongoing legacy. Book ’em, Danno!”

“I reached out to John to write something for the show, specifically the 100th, and then pitched him the type of song I was looking for,” said HAWAII FIVE-0 Executive Producer Peter Lenkov. “He brought us a song that perfectly conveys the themes and emotions we discussed. Music has always been such a key element to both the classic and current HAWAII FIVE-0 series. We’re honored that John’s music could be a part of that.”

“All For One” will become available on iTunes Nov. 7, following the East Coast broadcast of the episode.

Five For Fighting has sold millions of albums and singles over its storied career. Most recently, Five For Fighting released its sixth studio album, Bookmarks, in 2013, featuring the hit song “What If.” Their critically acclaimed debut album Message for Albert was released in 1997, with their breakthrough coming in 2001 with the Grammy Award-nominated platinum-selling song “Superman” (It’s Not Easy)” from the platinum certified America Town. “Superman (It’s Not Easy)” was a chart-topping hit at both Top 40 radio and at Hot AC. In 2004, Five For Fighting recorded the platinum-certified album The Battle For Everything, which yielded the retrospective double-platinum hit “100 Years,” a song that spent 12 weeks at #1 at Hot AC. 2006 saw the release of Two Lights, which featured the hit song “The Riddle,” “World” and “Freedom Never Cries.” 2009’s Slice yielded the certified-gold hit “Chances,” which was featured in the Academy Award-winning film “The Blind Side.”