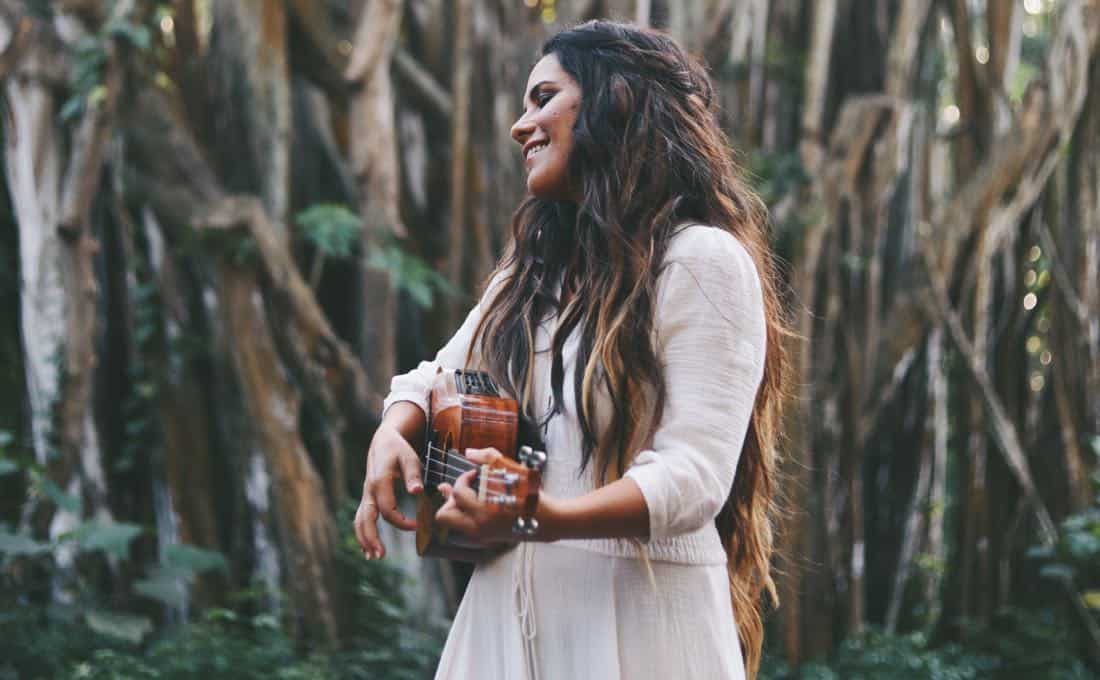 Bringing her lyrical talents to fans with her new album “Proud As The Sun,” Kimié Miner shares her love of life and passion for her music. Kimié’s sultry voice and joyous sound invites all who hear to join in the musical celebration. In an exclusive interview Kimié shares a bit about her journey as a singer, songwriter and performer.

What initially drew you into the world of song and performance?
KIMIE: Music was always therapy for me. Performing and writing my own songs allowed me to express something buried in me. I was always so shy about sharing my original music, but finally getting on stage was true FREEDOM for me.

What was the moment when you realize that you had finally made it as a performer?
KIMIE: When the crowd knew all the words to my original music. It’s surreal to think I wrote it for myself but that so many can relate and use the song for their own healing and enjoyment.

How would you describe your style of music?
KIMIE: Acoustic soul & pop with a twist of island reggae. 🌴

What continues to be your source of inspiration in your music?
KIMIE: Authenticity. I am so inspired by authentic stories from people about struggle and imperfection. And finding the good in the bad. Also from nature. I’m so in love with my home, Hawai’i and can’t help but to write about the beauty I experience in paradise.

Is there a story behind your song “Bamboo”?
KIMIE: My boyfriend and I dated briefly 10 years earlier for a summer. We then went off to college and had our own relationships. We got back together and are now starting our own family. This song was inspired by a kind of love where you can let go and watch it grow. We went off on our own and set our own roots. We came back to each other stronger than before.

What would say was the theme of your new album “Proud As The Sun”?
KIMIE: I found out I was pregnant while working on this album. That exciting news shifted my point of view on the music I was creating. I wanted to create a project that I could share with my daughter. The theme is definitely one of new beginnings, hope, strength, unity, authenticity and female empowerment.

What do you think you have learned from your professional journey so far?
KIMIE: We can’t do this on our own. We need a good team of people to support us.

Are there any cool perks of where you are in your career right now?
KIMIE: I get to collaborate with some amazing companies because of my music. From producers & songwriters to clothing & jewelry designers and even government agencies. I get to enjoy the perks of being a public figure but I also have a kuleana or responsibility to my community here in Hawai’i that comes with more success.

Has there been any great advice you have gotten?
KIMIE: The music business has nothing to do with music and everything to do with rights. You must understand your rights as the creator and owner of your music. I was lucky to get this advice fairly young without being taken advantage of as an artist and writer. I own my own record and publishing companies because of this advice.

What advice would you offer to other upcoming and aspiring singers/performers?
KIMIE: Know who you truly are and be that person. Don’t be who you are not because it’s a tough act to keep up. People appreciate authenticity. Then build a team that gets who you are and supports you.

Do you have any other upcoming projects that you can share that fans should keep an eye out for?
KIMIE: I’m already working on a few music projects for 2018, experimenting with different genres like pop and r&b. Im working on some remixes of songs already released as well as a Christmas album for next year. I’ll be taking some time off to be with my baby but looking forward to more family time to inspire me.

At a time when women’s voices are rising to be heard and respected around the country and world, what do you recommend your fans do to lend support in that endeavor?
KIMIE: There are so many ways to get involved in our community to support women. You can look up local non profits or just support local businesses run by women. If you’re an entrepreneur, there is officially a day for us! More info and how to get involved at womenseday.org

What do you recommend your fans get involved with in order to further support musical artists?
KIMIE: Just being there at shows and buying the music and merchandise is huge for us artists! I appreciate the feedback and interaction from my fans at shows which is why I made it a point (no matter the cost) to come out to California and AZ for my Love & Light Tour before having my baby.

Where can fans find out more about you and your music?
KIMIE: www.KimieMiner.com has everything from tour dates, tickets, and my new CD’s and merch as well as links to all my social media. You can also find me @playkimie on IG/Twitter.

Link to Where Album is Available Digitally: https://HakuMusic.lnk.to/Kimie

“Proud As The Sun” video: 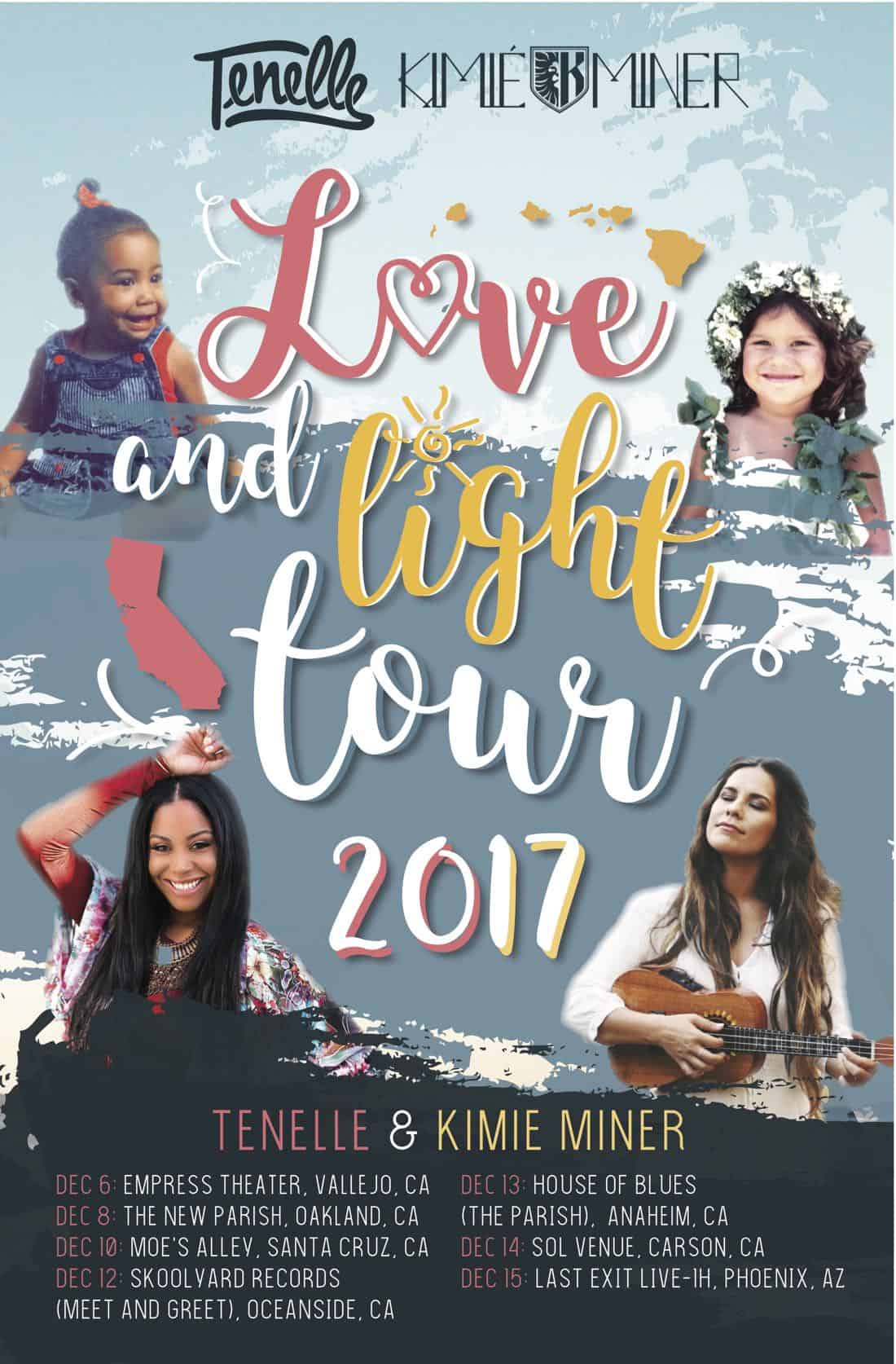 EXCLUSIVE : YOU KILLED MY MOTHER Scoop: Shining The Spotlight On Carlena Britch

EXCLUSIVE : YOU KILLED MY MOTHER Scoop: Shining The Spotlight On Ashley Jones