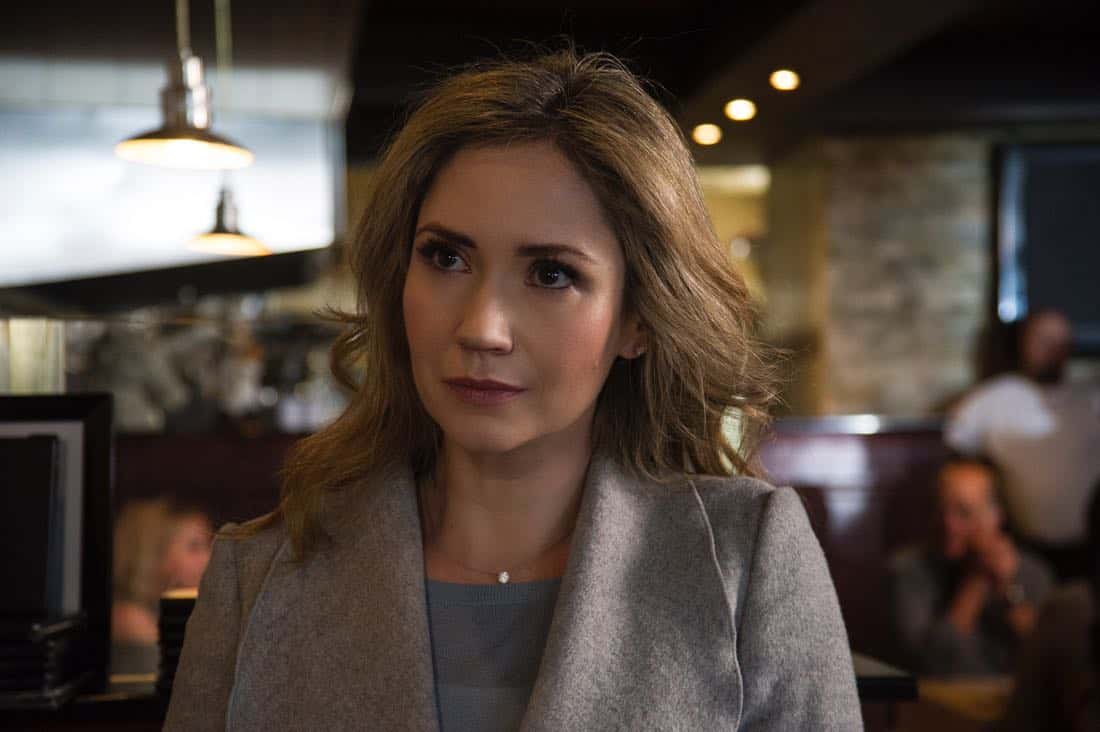 In a new film on Lifetime Movies Network, Ashley Jones stars as a woman stalked after one of her patients dies. Ashley’s performance is seamless as a woman conflicted by her own actions and yet striving to survive. In an exclusive interview, Ashley talks about the appeal of this role and a few of the lessons she has learned along the way as her career continues to grow .

What appealed to you about portraying Miriam Preston on “You Killed My Mother”?
ASHLEY: Miriam is a strong, intelligent woman. I liked the relationship she has with her son. I have a baby boy that’s 18months right now…she has an 18 year old. So, it’s interesting imagining what kind of mother I’d be in 18 years managing the line between giving your child independence, but still being a parent.

What was it like working alongside the talented ensemble on “You Killed My Mother”?
ASHLEY: I was grateful to have the opportunity to work with everyone. Pierre David (producer) and I have worked together a number of times, so it’s always a pleasure to make a film with him. He has nailed this genre. The director, Curtis Crawford, can really see what he needs to make the scene work in the editing room. This is so important in making a thriller. You have to have all the beats to create suspense. The cast was so professional. Carlena [Britch] is gem. I could talk to her for hours. We are both artists, but she has this dance background that fascinates me. She is disciplined and prepared. I admire her.

You also worked on “General Hospital” and “The Bold And The Beautiful”. What did you enjoy about working on those shows?
ASHLEY: I love the people and the consistency of a soap opera. I also love the daytime fans. They are loyal and supportive. My B&B family is amazing. I keep up with a lot of the cast and some of the crew members. Practically, it’s wonderful to stay in LA for work when you have a family, so that is a plus of that genre.

As the mom of a young son, what is your secret to juggling your work and your mom duties?
ASHLEY: I’m learning everyday. Balance. And being present. And learning from those that have gone before me and succeeded. Like my mother. I talk about this regularly on by site because it’s so relevant today.

What has surprised you most about your career so far?
ASHLEY: It’s never boring!! And that I’m here talking to you all the years later… still doing wheat I love. I’m a lucky girl…err woman!

You are also producing projects. Which do you prefer?
ASHLEY: I love both. I hope to do more producing. And potentially directing.

If there were one previous role you would like to revisit, which would it be and why?
ASHLEY: I kinda feel like I’m still portraying Parker, so if you are asking about “previous” roles that I haven’t played in over a year, I’d say Bridget Forrester. She has unreconciled issues I’d love to see her work through….mainly with her mother, but also her Aunt Katie. I played that character during important years of my life, so she’ll always be a part of me.

Do any of your characters and the situations they find themselves in ever leave a lasting impression on you?
ASHLEY: Many characters leaves an impact on you. Choices they make. Places they go. You step in their shoes for a period of time and allow their persona to become part of you while your on a project. Of course, there’s a distinct difference between your life and their life. But I have to say, through portraying some of these characters, I have a deep understanding and compassion for situations in life that I may never have been exposed to.

What advice would you offer to other upcoming and aspiring actors?
ASHLEY: Know who you are. And don’t get so caught up in the business. Life your life first and foremost. Have other interests. That makes you a better actor.

Are you actively involved with any charities. Which charity do you work with most? And which would like to see your fans become more involved with and support?
ASHLEY: People that follow me on social media know I’m a supporter of Step Up Women’s Network. It connects inner city youth with mentors. Many of theses young ladies are the first in their families to graduate high school or go to college. We are watching these women grow up and succeed in competitive professions. It’s gratifying. Since having Hayden, I haven’t been as involved as I used to be, but I’m planning on changing that in 2018.

At a time when women’s voices are rising to be heard and respected around the country and world, what do you recommend your fans do to lend support in that endeavor?
ASHLEY: Be respectful of all humans. Starting with yourself.

Do you have any other upcoming projects that you can share that fans should keep an eye out for?
ASHLEY: I have a line of eco luxury soaps out right now that I’m excited to share with everyone. You can read all about them on my website, or go to www.carvedsolutions.com/ashleyjones.html. I also am happy to share a project for TNT I’m a part of airing in January, but I’m not at liberty to say yet. So, stay tuned!

To see how Ashley’s character Miriam fares in “You Killed My Mother,” be sure to tune in for the premiere on Friday, December 8th at 8:00 p.m. on Lifetime Movie Network. Then to see what Ashley is up to next, be sure to check out her online social media for updates:

Preview of “You Killed my Mother”