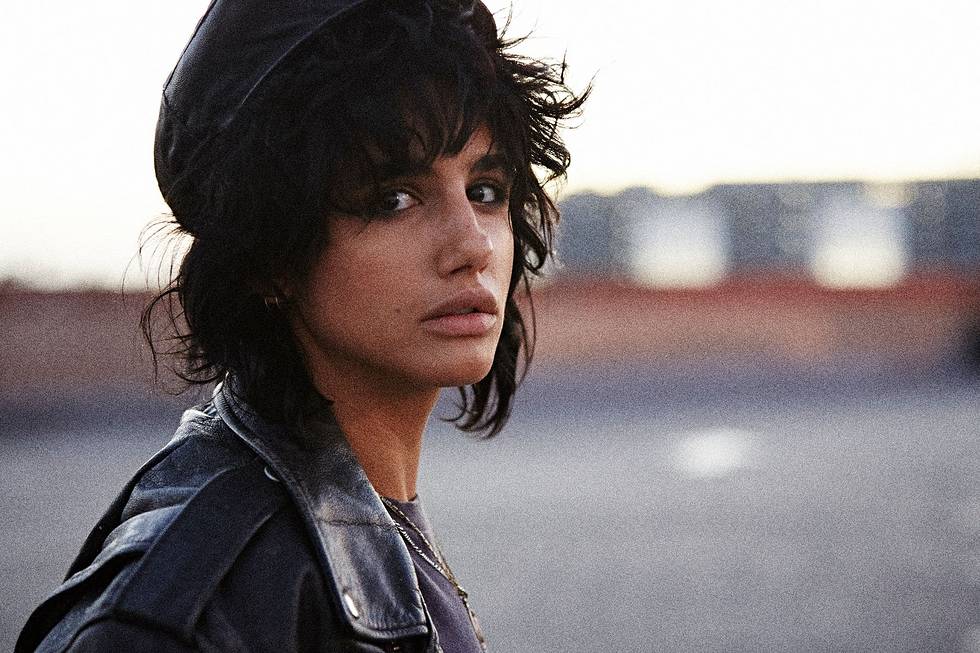 In a new film on Lifetime Movies Network, Carlena Britch stars as a young woman seeking vengeance for the death of her mother. Carlena’s ability to portray both anger and anguish so seamlessly is remarkable. In an exclusive interview, Carlena talks about the appeal of this role and some of the insight she has gleaned as a young actress pursuing her craft in Hollywood.

What appealed to you about portraying Jo Flay and working on Lifetime’s “You Killed My Mother”?
CARLENA: I was initially drawn to the project for the appeal of playing two contrasting characters.
Challenged and inspired by this concept, I dived in deeper in the script, recognizing much of myself and my own story in Jo’s life.

How would you describe who Jo is?
CARLENA: Jo is a fearless, capable and intelligent young woman; however her need for control gets in the way as she battles with her emotions. She defies many odds of the direction her life was heading in, while creating contradictions she’s forced to deal with on her own.

Is there anything to admire about Jo?
CARLENA: There’s lots to admire! Her strength and resilience, her love and longing for her mother, and her ability to trust her own instincts.

What was it like working alongside the talented ensemble on “You Killed My Mother”?
CARLENA: It was really special to share memories both on and off the screen with such a talented and inspiring cast. Ashley Jones and I bonded sharing our personal stories and created some unforgettable moments on set.

What has been your favorite part about working on “You Killed My Mother”?
CARLENA: The opportunity I got to portray the life of a young woman dealing with abuse, neglect and abandonment. I am so grateful that her story will be shared amongst millions of viewers who can relate; who can feel as if their story was told too.

You also worked on SUPERNATURAL as a guest star this year. What did you enjoy about working on that show?
CARLENA: I loved the opportunity I got to dip into the world of the “superhero” and “supervillain” type of characters I’ve forever dreamed of playing.

What has surprised you most about your career so far?
CARLENA: I’m surprised everyday by the idea of synchronicity within my career. With my own eyes I get to watch wonderful things unfold and see just how connected it all really is. Each day is a new opportunity to wake up and see what’s next for me with brand new eyes.

At this stage of your career, what do you think you have learned from the roles and projects you have worked on?
CARLENA: I’ve continued to learn more about myself and my resilience, and I think that completely translates into every next step. Every role and project is a new opportunity to get to know “me” just a little more.

What are the perks of where you are in your career right now?
CARLENA: I’m young, fresh, and fearless – all the doors remain open!

If there were one previous role you would like to revisit, which would it be and why?
CARLENA: I’d love to pop back into Miriam’s shoes on SUPERNATURAL to kick a little more Winchester butt! 😉

Do any of your characters and the situations they find themselves in ever leave a lasting impression on you?
CARLENA: Always! I like to think we carry a little bit of each one of them with us forever. Makes life off-screen a little more colorful.

Do you find any of your character’s habits manifesting in your own life? Like what?
CARLENA: I’m fortunate to have played some really strong, powerful women on-screen this year and I like to think that their resilience has stuck around!

Has there been any great advice you have gotten about working as an actor?
CARLENA: LISTEN!

What advice would you offer to other upcoming and aspiring actors?
CARLENA: Work hard – harder than you could ever imagine. And be yourself! There’s only one of you.

Are you actively involved with any charities. Which charity do you work with most? And which would like to see your fans become more involved with and support?
CARLENA: I have been a volunteer for Big Brothers Big Sisters of Los Angeles for the past 3 years! The program changed my life as a little girl, and I now spend my time with a young girl who I’m very proud of. I have loved watching her develop and grow into a fearless, creative soul. In addition to BBBSLA, I volunteer often for the Downtown Los Angeles Food Bank and Hashtag Lunchbag! I would love to see my fans get involved with programs such as BBBSLA or any charities involving support for battered women and children.

At a time when women’s voices are rising to be heard and respected around the country and world, what do you recommend your fans do to lend support in that endeavor?
CARLENA: Keep screaming it loud and proud at the top of your lungs! We will NOT be silenced.

Do you have any other upcoming projects that you can share that fans should keep an eye out for?
CARLENA: Yes! I just wrapped up shooting a psychological thriller called STILLWATER set to release early 2018. In addition to that, you might find a new familiar face in the new season of THE X-FILES, premiering January 3rd.

To see how Carlena brings out Jo’s strength and fearlessness in “You Killed My Mother,” be sure to tune in for the premiere on Friday, December 8th at 8:00 p.m. on Lifetime Movie Network. To see what Carlena is up to next, be sure to check out her online social media for updates:

Preview of “You Killed my Mother”