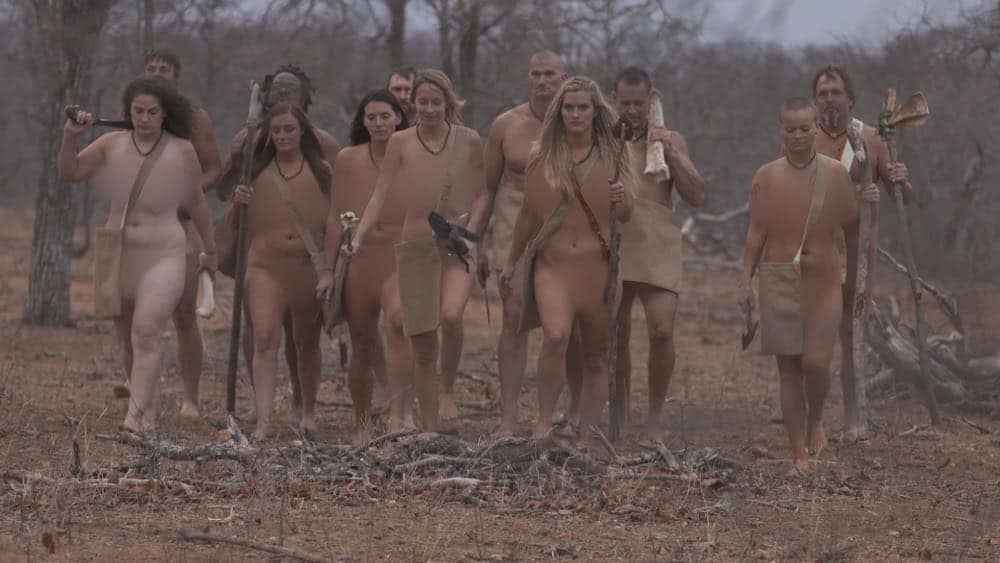 To Hail and Back: Freezing rainstorms torture the remaining survivalists, risking severe hypothermia, and a successful hunt ends up backfiring and could cost two survivalists the challenge.

After three seasons and three treacherous locations, thirteen Naked and Afraid veterans take on the most harrowing survival challenge yet in an all-new season of Discovery’s NAKED AND AFRAID XL. For 40 days and 40 nights, survivalists put their lives on the line in Africa’s deadly Selati River Basin, a region devastated by drought and teeming with starving predators. For some, the challenge offers potential redemption – three Naked and Afraid veterans unable to complete the challenge in the past will attempt another 40 days in hell. Elsewhere in the African Bush, another former survivalist sets off on his own impossible quest for redemption. But in this survival challenge that is biblical in scale, can any of the survivalists make it to the end? NAKED AND AFRAID XL premieres Sunday, May 6 at 10pm ET/PT on Discovery Channel.

Deep in the heart of Africa, ongoing drought has stripped the lush region of resources, creating a fierce competition among the country’s deadliest predators. Dropped into the savannah in four groups of three, the survivalists must master the environment and face their deepest fears. But the trial tests more than just personal endurance – survivalists will have to decide if they are stronger together or if they will break into smaller groups to succeed. Will teams embrace their varied skills and personalities as a tool for survival, or will their differences divide them?

Beginning Sunday, April 1, viewers can visit the Discovery GO app to meet the new teams. Every day through April 5, teams of three will be announced along with their previous NAKED AND AFRAID episodes. The announcements culminate with the thirteenth cast member and first-ever solo survivalist, who will start off isolated from the group and attempt to track the others and complete the challenge together. Viewers can also catch up on past seasons of NAKED AND AFRAID and NAKED AND AFRAID XL on the Discovery GO app – free with their paid TV subscription.

The challengers have proven that they have the physical and mental strength to survive without food, water, shelter, and clothing before – but will the wild African bush claim them once and for all?