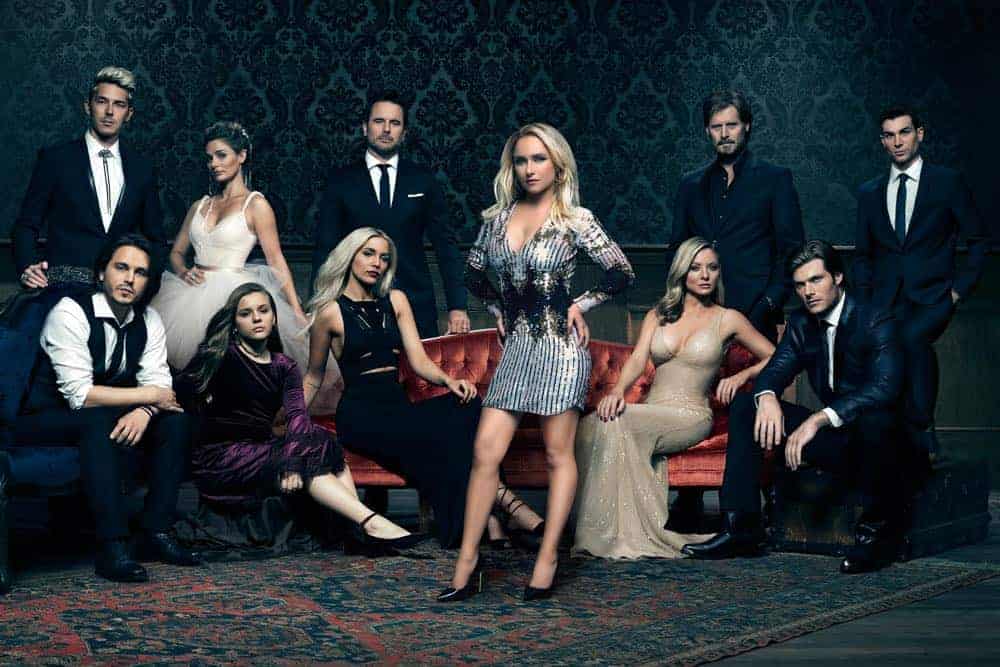 Having recently wrapped the quarter with its highest ratings in four years, CMT unveiled its summer programming slate of new and returning original series and music events, including new series “Bachelorette Weekend” from SallyAnn Salsano and 495 Productions, producers of “Jersey Shore” and “Party Down South,” the final episodes of the landmark series “Nashville” and a new season of “Dallas Cowboy Cheerleaders: Making The Team.”

With Nashville quickly becoming the leading destination for bachelorette parties, “Bachelorette Weekend,” premiering Thursday, August 2 at 11pm ET/PT follows the staff of Bach Weekend, a Nashville-based company specializing in creating once-in-a-lifetime bachelor/bachelorette experiences for would-be brides and grooms celebrating their final fling before the ring. Owner/Founder Robbie and his team – Nicole, Rosa, Liz, Rachal and Johnathan – work tirelessly to ensure their high-maintenance (and often inebriated) clients have a flawless experience, all in hopes of getting a five-star review from the clients. Since every employee is given a financial stake in the company, the importance of the five-star reviews directly affects their bank accounts. Pulling your weight has never been so important.

After kicking its way to its highest-rated season to date, season 13 of the hit series “Dallas Cowboys Cheerleaders: Making the Team,” returns Thursday, August 2 at 10pm ET/PT with 13 new episodes. The docu-series captures the rigors of training camp on the path to become a member of the world’s most elite squad. The coveted spots require hard work and commitment, and not everyone has what it takes to make the team. This season, returning vets will battle for spots amongst a talented crop of rookies, including seasoned cheerleaders from the worlds of NFL, NBA and NHL; Miss America 2017 first runner-up; professional hip hop dancers and a former competitive ice skater. At the end of the day, their fate rests in the hands of DCC Director Kelli Finglass, who expects the best from these elite athletes.

This summer, “Nashville,” the groundbreaking music drama, returns to the stage for a triumphant swan song. In the final eight episodes, Juliette (Hayden Panettiere) returns in full force and ready to take on cult leader Darius. Deacon (Charles Esten) is forced to face his past when an unwelcomed visitor arrives. Daphne (Maisy Stella) takes center stage under the guidance of Deacon’s biggest foe, while Maddie (Lennon Stella) questions her relationship with Jonah. Scarlett (Clare Bowen) forces Sean out of his comfort zone, while Avery (Jonathan Jackson) and Gunnar (Sam Palladio) struggle to move forward with their band without Will (Chris Carmack). “Nashville” returns on Thursday, June 7 at 9pm ET/PT.

Hosted by CMT favorites Cody Alan and Katie Cook, “CMT Hot 20 Countdown,” which recently wrapped the quarter with its best ratings in four years, combines the top music videos with the hottest news stories, LIVE performances and candid interviews from country music’s biggest superstars and up-and-coming artists. This summer, Cody and Katie will be traveling across the country and covering all the hottest festivals, concerts and more. Stops include the Carolina Country Music Festival, the Virginia Beach Patriotic Festival, Panama City’s Gulf Coast Jam. In August, the show will launch its “90s Country: I Like It, I Love it” miniseries with an all-star kickoff concert.

The summer programming slate announcement comes as the network recently wrapped its highest-rated quarter since 2014 and notched its fifth consecutive quarter of year-over-year ratings growth. The momentum continues with this quarter-to-date pacing above the prior year amongst Adults 18-49 and Woman 18-49. April 2018 was CMT’s best April performance in 4 years, extending the channel’s streak of 17 consecutive months of year-over-year ratings growth among Adults 18-49 and Women 18-49 (L+SD, CMT Total Day).