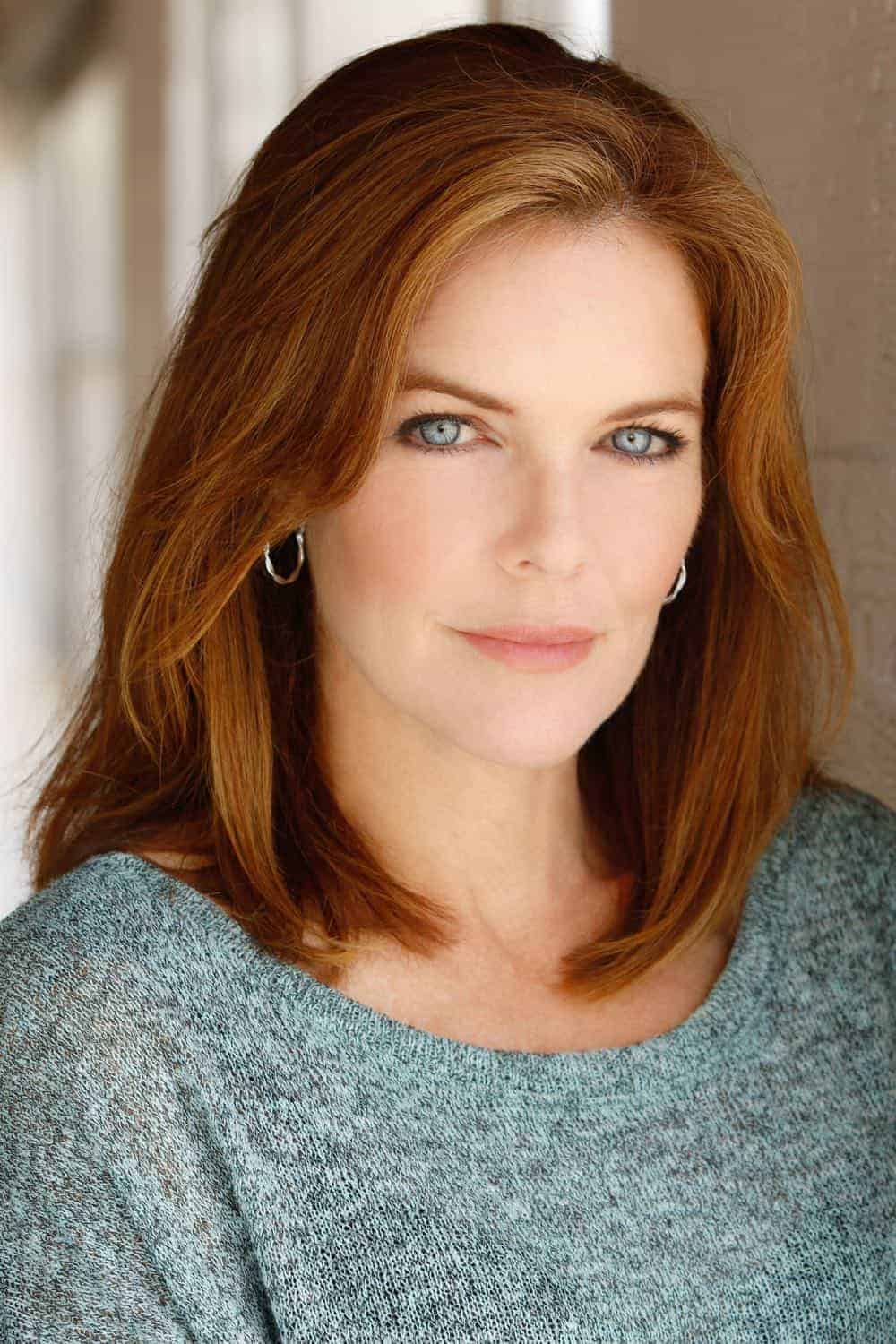 In Lifetime’s newest summer thriller “Murdered At 17,” a mother and daughter find themselves embroiled in the murder of the daughter’s best friend. Portraying the protective mother, Susan Walters, worries that her daughter Brooke (Christine Prosperi), who was diagnosed with a medical condition that makes her susceptible to blackouts, may actually be responsible. Complicating their lives is Brooke’s new boyfriend who is seemly perfect and yet is also perhaps too good to be true. In an exclusive interview, Susan talks about the surprising great time she had working on “Murdered At 17” and the joy of working on projects that give her the chance to explore the world.

What appealed to you about working on “Murdered at 17”?
SUSAN: I’ve worked with Peter Davis and his direction company before back in 2007 and I was just really happy to have the opportunity to work for him again. They’re very professional. They just get it done. I also read the script and I really liked the mother/daughter relationship because I’ve played a lot of mothers recently who are kind of competing or who are jealous of their daughters or living vicariously through them and this woman did not feel that way to me. They have more like a roommate relationship that then became a mother/daughter relationship when there was a bit of a crisis, when her daughter starts dating a boy. So I liked it and I knew it would be a good experience and I love Ottawa. I loved being back there again. The weather was great. And the role was offered to me, which is always nice.

How would you describe your character Carley?
SUSAN: She’s a single mom and she’s always had a very open relationship with her daughter, but then there’s “red flags” that arise about certain people that they start dating. What was interesting was the ratio of believing your daughter didn’t do this heinous crime and then wondering if maybe she could have because of her medical condition. So I was able to have that dilemma going on inside of me and that was kind of interesting.

Did that feel close to home for you, as a mother having a daughter, yet portraying a character with daughter who has a disability?
SUSAN: The part that hit home was, how as a parent, you don’t want to believe your child is capable of doing something negative, something horrible. Now personally, I’ve never had to deal with that. I mean I’m very lucky. I haven’t had to deal with a medical condition of that sort, a disability, and I also haven’t had to deal with being in denial about something my kid did. I’ve been just really fortunate. But I do understand how we make excuses for our kids. It was like, “Where does that line end?” You can make an excuse for your kid because she has this disability, but to murder somebody — that she just happened to snap and can’t remember it.

What was it like working with Christine Prosperi, who portrays your character’s daughter?
SUSAN: I just can’t say enough good things about her! She was absolutely so easy to work with. With Christine, I especially had an easy time with her as a mother/daughter. She’s just really good. She’s like a really relaxed, interesting actress who brought a lot to your basic dinner table scene that made it very easy to play off of. I finished working with her and got in touch with several of my friends who are really successful casting directors and said, “You guys got to look at this young woman. She’s great.” Christine’s in Canada, so they haven’t been able to take advantage of casting her. But I thought she was fantastic.

What did you enjoy about the filming experience working on “Murdered at 17”?
SUSAN: There was a great crew. They are very professional, extremely organized. There was not a lot of wasting time and I love working that way ’cause I’m like that. I come to the set prepared and ready to do my work and I love it when you don’t sit around doing nothing for six or seven hours at a time. So as an actress I really enjoyed it. And then also, selfishly, I had an amazing time because it was the best weather in Ottawa. I rented a road bike and I biked 550 some miles while I was there in those two weeks. I went all over the place. I went into Quebec. I went into parks. I road in little towns. I went to the Yacht Club. I mean, I was on that bike every single day. It was great. I had such a great time.

Is this like a typical thing for you? You like to go to these places where you film and you bicycle everywhere?
SUSAN: If the weather’s good. I just worked several weeks in Turks and Caicos on THE FOSTERS in February/March and I rented a bike there and all my off time was spent on a bike. I was the only cast member who left the resort and it was an all inclusive resort. First of all, I didn’t work as hard as they did — the series regulars were working really hard and I wasn’t in all the scenes. So I had downtime and I was, “You guys, this island is freaking incredible!” I saw all these really cool lagoons and really different places that I’d bike with the local biking club. The bike shop hooked me up them and so I met them at 6:00 o’clock in the morning with a bunch of folks I’d never met and we all biked and it was fantastic. Also when I was working at Warner Brothers, I took my bike to work and was riding Griffith Park before work. But you also got to chill because you don’t want to wear yourself out if you have a big emotional day. You can’t do that. So you got to pick and chose. But I see things that I’d never see without my bike. I did that when I I worked on a movie in Big Bear last year. I had my bike with me and it was incredible.

I’m starting to suspect you plan all your movie projects around whether it’s good a bike city.
SUSAN: [Laughs] It’s funny because I am getting to do a guest spot on a really cool show called “Tell Me Your Secret” and I’m so excited about it. It shoots in New Orleans. So let’s just say I won’t be biking because it’s so hot there and I’m only going to be there two days. So I won’t even have time to bike. I’ll do a lot of walking then. But I lived in New Orleans for eight months when I shot “The Big Easy” there, so I love when I’m back there. It’s full of nostalgia for me because I can picture my daughters being so little, five and three years old there and now they’re 20, 25, and 27.

You also occasionally get the chance to work with your husband Linden [Ashby] on screen in projects. What is that like?
SUSAN: We’re just so grateful to get auditions at this point in our careers. It’s tough when you get older. The auditions are fewer and farther between. I was very lucky that they offered me that little part on TEEN WOLF. I became part of the family and they would use me a lot. It was great. I loved TEEN WOLF. I love working with Linden and I love hanging out with him on the set, and then when he directed the episode that was really fun because I went hanging out with him as the director’s wife. That was really fun.

What else do you have going on? What can we expect coming up next?
SUSAN: I recently did an episode of NCIS. It was really fun. I just did a movie called “Do Not Be Deceived” for the same production company with one of my favorite directors in the whole world, Jake Helgren. I’m not sure when that’ll be out. I had a really fun part. So I did that and I got this other thing, a TNT show that I’m gonna shoot next week in New Orleans. It’s funny, as I have gotten older, I tend to enjoy every job I have. And they’re very different. I’m very excited about the job I’m about to do. It has a little darker subject matter. But I just have a good time when I work. It doesn’t matter to me. I love working.

To see how Carley and Brooke fare in their quest for justice, be sure to tune in for the premiere of “Murdered At 17” on Sunday, July 8th at 8:00 p.m. on Lifetime. To find out more about Lifetime’s summer thriller series, you can follow Lifetime on Twitter @LifetimeTV. Then to see what Susan will be doing next as and where her next biking adventures takes her, you can follow her on Twitter @SWaltersAshby.