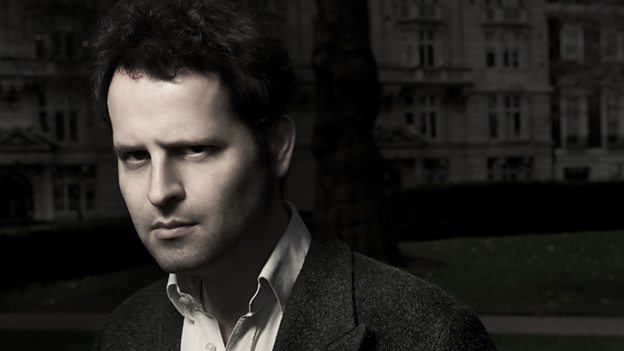 Adam Kay, former junior doctor and best-selling author of literary phenomenon This Is Going to Hurt is set to adapt his personal account of life on the wards in a major new eight-part comedy-drama produced by Sister Pictures and commissioned by Piers Wenger, Controller of BBC Drama, and Patrick Holland, Controller of BBC Two.

Kay’s diaries were scribbled in secret after endless days, sleepless nights and missed weekends, and tell the unvarnished truth of life as a junior doctor: the 97-hour weeks, the life and death decisions, the constant tsunami of bodily fluids and the fact the hospital parking meter earns more than you.

This is Going to Hurt is a blisteringly funny, politically enraging and frequently heart-breaking wake-up call to anyone who values the NHS, and a frank and moving love letter to the 1.4 million people working on the front line every day.

Set on labour ward with all its hilarity and heart-lifting highs but also its gut-wrenching lows, the show delivers a brutally honest depiction of life as a junior doctor on the wards, and the toll the job can take back home.

Adam Kay’s book is the current Sunday Times number one bestseller, a position it has held for over two months. Since publication in September, it has been translated into twenty languages and won numerous awards including Sunday Times Humour Book of the Year. Alongside universal press acclaim, it has been described as ‘Painfully funny’ by Stephen Fry and ‘Heartbreaking and hilarious’ by Charlie Brooker.

Produced by Sister Pictures for BBC Two, the 8×45’ series is adapted by Kay himself.

Creator and Writer Adam Kay says: “Junior doctors tend to have a rather quiet voice compared to the politicians, which is understandable – you don’t have much spare time if you’re working 100 hour weeks. It’s been a huge privilege to have my diaries reach so many readers and it’s been absolutely humbling to see their reaction. I’m beyond delighted to now be able to share my story with a far wider audience and make the viewers of BBC Two laugh, cry and vomit.”

Piers Wenger, Controller of BBC Drama, says: “The anarchic, laugh out loud tone of Adam’s memoir masks a frank, insightful and often visceral portrait of a committed young professional struggling to do the job of his dreams. It is a deeply personal but definitive account of the 21st Century NHS and we are thrilled that Adam and the team at Hootenanny and Sister have chosen BBC Two as the place to bring it to screen.”

Patrick Holland, Controller of BBC Two, says: “Adam is an extraordinary talent with a unique story to tell. His memoir This is Going to Hurt leaps off the page with its candour, coruscating wit, intelligence and timeliness. This new series promises scintillating writing about a subject that is at the centre of national life. I am so delighted Adam and Sister Pictures have brought this to BBC Two.”

Executive Producer, Naomi de Pear, says: “Hospitals are remarkable places where human beings are seen in all of their glory – where people are their bravest, kindest and sometimes silliest. And the world is envious of our hospitals for a reason, because they represent a system built on the humane belief that people deserve to be treated equally whatever their financial situation, especially in their hour of need. We want this show to be a call to arms.”