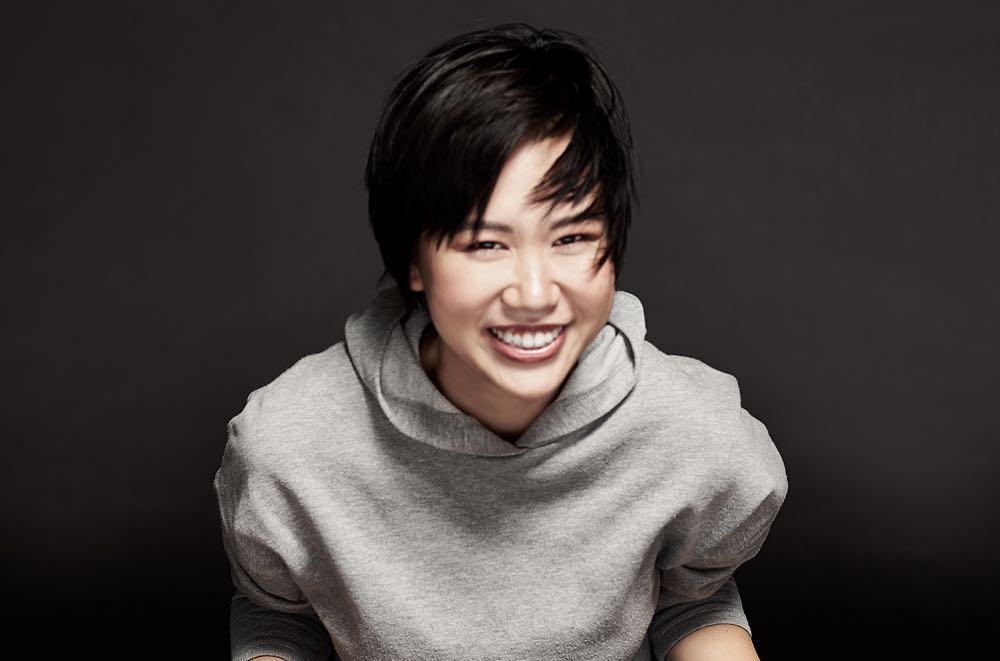 Riding the crest of success in her recent roles in the CW’s LEGENDS OF TOMORROW and Netflix’s SANTA CLARITA DIET, Ramona Young is happily employed as a full-time working actor and bringing her own blend of humor and eccentricity too each role. Best of all, her roles stand out. You will always remember her characters, and in Hollywood, standing out makes all the difference. Watching her performances, Ramona invokes feelings of joy and laughter through her character and makes it a warm invitation to join her in their crazy worlds. In an exclusive interview, Ramona talks about the fun of working on LEGENDS OF TOMORROW.

What was the initial appeal for you about portraying Mona Wu and working on LEGENDS OF TOMORROW?
RAMONA: My initial reaction when I first received an opportunity to audition, was how much fun the scenes were. The world, the situations, the characters were so creative. I couldn’t wait to give it my best shot.

How would you describe who Mona is in the series?
RAMONA: Head in the clouds, hopeless romantic. Lots of integrity. Dreamer. A Hufflepuff. A nerd.

What do you most admire about Mona?
RAMONA: She’s able to see the good in people and creatures no matter how odd or different they may be.

What is it like working alongside such a fun ensemble on LEGENDS OF TOMORROW?
RAMONA: The whole ensemble is incredibly loving and down to earth. They are all genuinely good hearted people.

How would you describe the dynamic between Mona and the Legends team?
RAMONA: She brings her own quirks to the table, but because the Legends team is so dynamic, they are able to accept her for everything she is.

Do you think she has any favorites among them?
RAMONA: I think seeking approval from Ava is really important to Mona. After all, not only is Director Sharpe a wonderful leader, she’s a role model for someone new like Mona.

The LEGENDS OF TOMORROW series undertakes really crazy interactions. Which scene (so far) has really blown your mind?
RAMONA: The whole episode of ‘Legends of To Meow Meow’ blew my mind. My mouth was agape the entire time. I cried and laughed watching it.

What challenges have you had to work with on the show, yet the show pulled it off?
RAMONA: The show handles all of its challenges so seamlessly that the adversity on my end has been pretty minimal. The escapades of creating a T.V. series itself seems tremendously daunting. And on Legends, as we know it, every episode just gets bigger and bigger.

What are the unique challenges of portraying a member of the Time Bureau that crosses over between the DC-verse?
RAMONA: *Cue evil laugh* It’s pretty fun, I have to say.

What has surprised you about working the show?
RAMONA: The budget. The magnitude of what we do in the show. The amount of work it takes to put a show together week after week.

What has been the best part about the experience of working on LEGENDS OF TOMORROW?
RAMONA: I love a lot of it. The people and the environment. The scripts we get to play with. The costumes.

You also guest-star on SANTA CLARITA DIET as a character named Ramona. What has been the best part about working on that show?
RAMONA: Probably working with the people.

What can you tease about the potential return of Ramona in Season 3 of SANTA CLARITA DIET?
RAMONA: Ramona will be Ramona…

At this stage of your career, what do you think you have learned from the roles and projects you have worked on?
RAMONA: To be honest, I couldn’t really tell you. It’s a chicken and the egg question when it comes to my art/career and my life.

What has surprised you most about your career so far?
RAMONA: That I’m actually sitting here living it. And this is what it feels like.

Then what are the perks of where you are in your career right now?
RAMONA: That I get to still figure it out. I get to be confused and lost, because everything still feels so new. I don’t need to label myself. I’m not known as this or that yet.

What has been your proudest achievement as a working actor at this point in your career?
RAMONA: Probably the day I got let go of my regular day job because I was away acting so much. I walked to my car and sobbed tears of joy for about twenty minutes when I realized I was officially a paid actress full time. My boss actually had a really hard time letting me go, but I’d say he was pretty proud of me. He knew about my endeavors.

Has there been any great advice you have gotten about working as an actor?
RAMONA: READ. Gosh, I love reading. Everything you can possibly be confused about is probably answered somewhere in a book.

What advice would you offer to other upcoming and aspiring actors?
RAMONA: There’s going to be rejection. There’s going to be doubt. There’s going to be hardship, and failures, and disappointment. These things don’t define you. It doesn’t mean you are those things. Just keep persisting because you just need to find one job that believes you and that can make all the difference. You WILL get turned down, acting isn’t all that glamorous, but you do it because you love it. All of it. Not just the success or the fame… you do it because it brings you closer to who you are.

At a time when women’s voices are rising to be heard and respected around the country and world, what do you recommend your fans do to lend support in that endeavor?
RAMONA: Listen.

Do you have any other upcoming projects that you can share that fans should keep an eye out for?
RAMONA: Yes, but I would also like to keep things under wraps for now. Until next time!

LEGENDS OF TOMORROW returns will all new episodes on Monday, April 1st on the CW and SANTA CLARITA DIET Season 3 premieres Friday, March 29 on Netflix. Both shows can be followed on Twitter at @TheCW_Legends and @SCDiet. You can also follow Ramona as her career continues to grow on Twitter @RamonaBishYoung.

Video clip of Nora and Nate on LEGENDS OF TOMORROW Season 4, Episode 7: