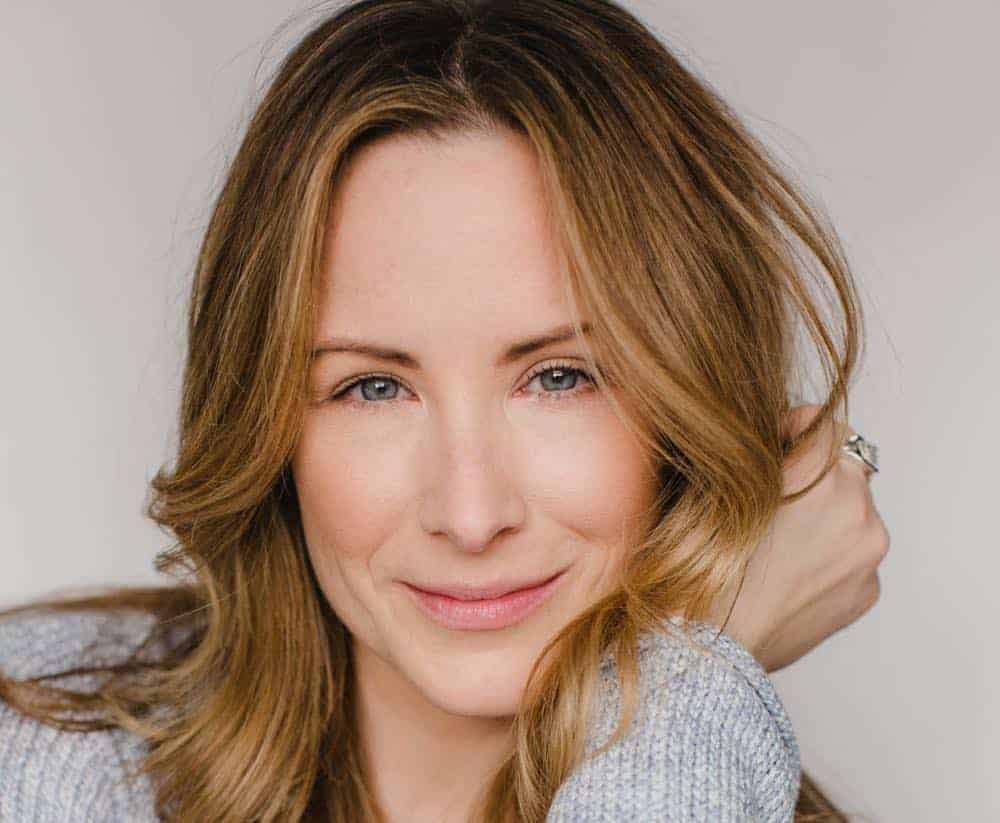 With a heart as big as her soul, Lisa Durupt brings a warmth to her performances on screen that make you want to join her there. That genuineness is what keeps her working and constantly moving ahead in her career, and her latest film role in “Breakthrough” offers another heartfelt performance. It is easy to see why she has become a favorite to work with and watch on screen. In an exclusive interview, Lisa talks about what drew her to “Breakthrough” and reflects on some of the amazing opportunities she has had recently working with Hallmark Channel as well as Hallmark Movies & Mysteries.

What was the initial appeal for you about portraying Paula Noble and working on “Breakthrough”?
LISA: I loved the story. I heard about it on the news years before and was always fascinated with the idea of a young boy pulling through such a horrific ordeal. When I read the script and learned more about the cast of characters that came to support him and his family. I was blown away. Paula (being a real person) was someone I was not aware of. Until then, I was curious about the feisty, strong woman whose love for her husband, children and her astonishing faith made her a silent pillar in the community.

How would you describe who Paula is in the film?
LISA: She’s the mother hen that takes care of everyone. With an admiring lovable trait to make anyone feel welcome and at ease while providing a sense of strength and confidence. She is the type of woman I hope to raise my daughter to be.

What do you most admire about Paula?
LISA: The ease. She embodies powerful femininity .

What is it like working alongside such a talented ensemble on “Breakthrough”?
LISA: It was rough. Haha, just kidding. They’re all down to earth and extremely nice people. As in any other job, we were all professional. I got along with everyone and never once was nervous. It was not my first rodeo. They are very well known in the public eye. We share the same passion as artist and love to create. The experience is very dear to my heart. Throughout the process, we we’re able to learn about one another within our time frame of working.

How would you describe the dynamic between Paula and her husband Pastor Jason Noble, portrayed by Topher Grace?
LISA: Paula and Jason are teammates. Having the opportunity to meet the real Pastor Noble and hearing him talk about his wife that was very apparent. Some couples get along well but, these two are a team. They support each other, encourage one another and shower each other with love. Topher and I got along right away. We share the similarity of getting along with anyone. From the start, I introduced myself and he answered dry and quietly, “I guess you are my wife?” and we were golden. We grabbed lunch one day at Tony Roma’s. Neither of us are fancy people and it was great to hit it off with someone that you know you would be couple friends with if you all lived in the same area.

The story in “Breakthrough” explores a family’s strong faith in a time of crisis. What impressed you about this family and their story?
LISA: It’s inspiring to witness the abundance of love they share for each other. Many families can easily end up fighting when crisis arises but they kept their cool and focused on loving each other through it.

What has surprised you about working the film?
LISA: The two actors playing my kids. They were phenomenal. I fell in love!

What has been the best part about the experience of working on “Breakthrough”?
LISA: Going home to work in my city. It was shot in Winnipeg Mb Canada in the spring. One day, we were shooting in the church and there were 54 cast members and additional 500 extras. I knew a huge portion of them so I envisioned it as “day camp.” It was a wonderful experience.

You were also seen on Hallmark Movies & Mysteries “The Chronicle Mysteries: Recovered” as a character named Gina DeSavio. What has been the best part about working on that show and getting to portray the character of Gina?
LISA: Truthfully, working with Ali Sweeney. We worked together on “Murder She Baked” for 5 films, so she’s like a sister to me. We’re both share the interest of crime so it was the best of both worlds. I am proud of her for coming up with the entire concept and creating her own show. She is a force of nature and I truly look up to her.

You also recently appeared in the Lifetime movie “Lost and Found” and the Hallmark movie “Reunited At Christmas.” What did you appreciate about working on these holiday films?
LISA: I’m a sucker for all the Christmas movies around the holidays. I’m that person that will make the hot chocolate in my Pj’s and watch the movies in front of my fireplace and old school wood burning I might add! I was hoping to do at least one holiday movie this year and loved them both. It was nice to have one and I couldn’t pass up the second.

You and Nikki DeLoach have starred in at least three Hallmark films together. Is the coincidence or by design?
LISA: The first film we played sisters. Director Gary Yates thought we would be a great match for siblings. The second film, we had no idea the either one was cast until we both had already accepted it. She called and informed me she was coming to town for work (because we adore each other and became close knit fake sisters instantly) I told her I was also working on the same project. It was hilarious. The third time, Nikki wrote the script with me in mind and never told me till right before we shot it. Sneaky monkey! I had stayed at her house that summer and she never once mentioned it.

What do you appreciate about working with Nikki DeLoach?
LISA: Her humor, tenacity and admiring ability to make everyone feel great leaving as they did coming in. She is a light that never burns out. I can’t say it enough. I love her like a sister.

At this stage of your career, what do you think you have learned from the roles and projects you have worked on?
LISA: For any plan you have established for your career trust that the right roles. The right people come into your life when and how they are supposed to. Enjoy the process.

What has surprised you most about your career so far?
LISA: I wanted to be an athletic therapist.

Then what are the perks of where you are in your career right now?
LISA: I don’t know if it is perk but, I was able to open an acting studio in my area. I have always loved teaching and coaching. In addition, I always knew I wanted own my own business. My career has given me the gift of experience and understanding about the industry. Which has allowed me to open a successful studio to help others find their way. As the owner, no one gets upset when I need to leave to shoot out of town for a while. It is pretty cool. So that might be the perk.

What has been your proudest achievement as a working actor at this point in your career?
LISA: The moment I brought home my first check from acting and showed my parents that letting go of my hockey scholarship for the arts was not a horrible decision. As well as the time, I booked Little Sally in the musical “Urinetown.” I had been cast by one company and they went under before we could do the show. So I was really upset. The next opportunity arose, when another company was holding auditions for the following year. The same show, I worked my ass off to win them over and book the same part. I even wore army boots and old Holly Hobday Halloween costume to the audition. I was determined.

Has there been any great advice you have gotten about working as an actor?
LISA: Ya. “Show up on time, know your lines and make it seem real.” Simple but brilliant general advice to all actors from my pal I worked with on “Preggoland” in 2014 James Caan.

What advice would you offer to other upcoming and aspiring actors?
LISA: Take a business course as it is a business, and imagine it as a long game. It rarely happens overnight. If you want to find a way to work you will find a way.

At a time when women’s voices are rising to be heard and respected around the country and world, what do you recommend your fans do to lend support in that endeavor?
LISA: I think it is important to keep yourself educated on what is going on around currently. Use your voices to speak up with informed. Well thought out words of love and determination. Treat others how you want to be treated. We all learn that in kindergarten and yet, to date, it is the simplest way to put it.

Do you have any other upcoming projects that you can share that fans should keep an eye out for?
LISA: Well, I took some time off to have my first baby in February . I’ll be heading back to shoot “Heartland” this summer. You can find it on Netflix. Or for the animation die-hards, I voiced my first cartoon character that is now available on demand in the “Norm of the North” movies. Check it all out.

“Breakthrough” will be released in theaters on April 17th. More information about the film can be found on Twitter @SeeBreakthrough and to follow Lisa as her career grows, you can follow her on Twitter @theLisaDurupt.