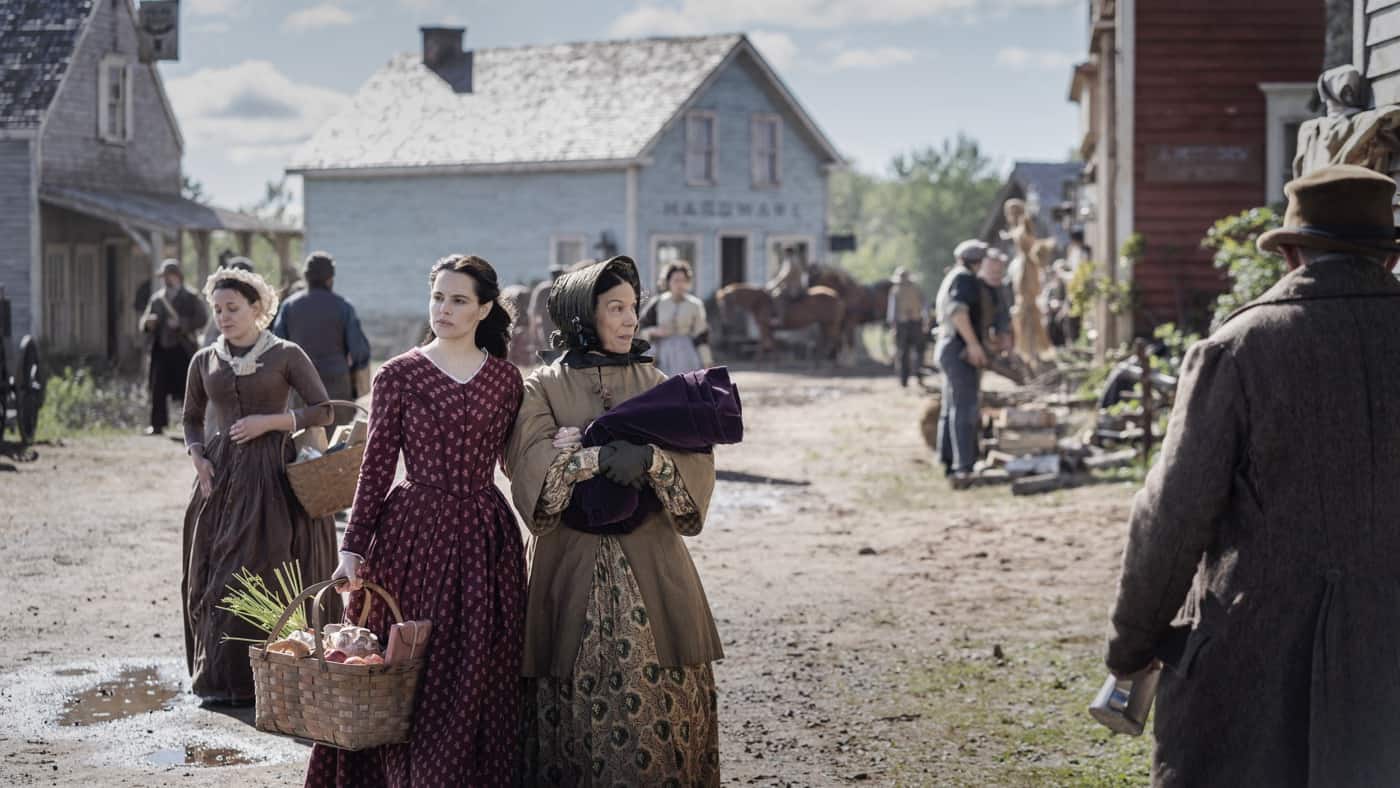 Premium network EPIX announced today that Chapelwaite, based on the short story  Jerusalem’s Lot  by Stephen King and starring Academy Award® winner Adrien Brody and Emily Hampshire, will premiere on Sunday, August 22 at 10pm ET/PT. Set in the 1850s, the series follows Captain Charles Boone (Brody), who relocates his family of three children to his ancestral home in the small, seemingly sleepy town of Preacher’s Corners, Maine after his wife dies at sea. However, Charles will soon have to confront the secrets of his family’s sordid history, and fight to end the darkness that has plagued the Boones for generations.

Hampshire plays Rebecca Morgan, an ambitious young woman who left Preacher’s Corners to attend Mount Holyoke College, and has returned home with an advance to write a story for the new and prestigious Atlantic Magazine.  Her writer’s block lifts when Boone arrives in town with his children, and despite her mother’s protests, Rebecca applies to be governess of the infamous Chapelwaite manor and the Boone family in order to write about them. In doing so, Rebecca will not only craft the next great gothic novel, she’ll unravel a mystery that has plagued her own family for years.

EPIX ®, an MGM company, is a premium television network delivering a broad line-up of quality original series and documentaries, the latest movie releases and classic film franchises – all available on TV, on-demand, online and across devices.

EPIX ® has tripled the amount of original programming on the network and has become a destination for original premium content with series including  Godfather of Harlem,  starring and executive produced by Forest Whitaker and Pennyworth, the origin story of Batman’s butler Alfred; as well as upcoming premieres of drama  Chapelwaite,  based on the short story Jerusalem’s Lot by Stephen King and starring Academy Award winner Adrien Brody; western adventure series Billy the Kid; Sci-Fi horror series From produced by Midnight Radio and AGBO; season two of acclaimed spy thriller Condor, season three of epic fantasy drama series  Britannia;  and docuseries Fiasco, based on the podcast of the same name.  Other originals include Emmy®-nominated music docuseries  Laurel Canyon;  docuseries  Fall River,  from Blumhouse Television; season two of War of the Worlds, from Howard Overman and starring Gabriel Byrne and Daisy Edgar-Jones; sweeping historical drama Domina; docuseries  NFL: The Grind, from NFL Films and hosted by Rich Eisen;  Belgravia,  from Julian Fellowes, Gareth Neame and the creative team from  Downton Abbey; dramedy Bridge and Tunnel  written and directed by Ed Burns; docuseries Helter Skelter: An American Myth,  executive produced and directed by Lesley Chilcott; By Whatever Means Necessary: The Times of Godfather of Harlem; and Enslaved  featuring Hollywood icon and human rights activist Samuel L. Jackson.

Launched in October 2009, EPIX® is available nationwide through cable, telco, satellite and emerging digital distribution platforms as well as through its EPIX NOW app, providing more movies than any other network with thousands of titles available for streaming.