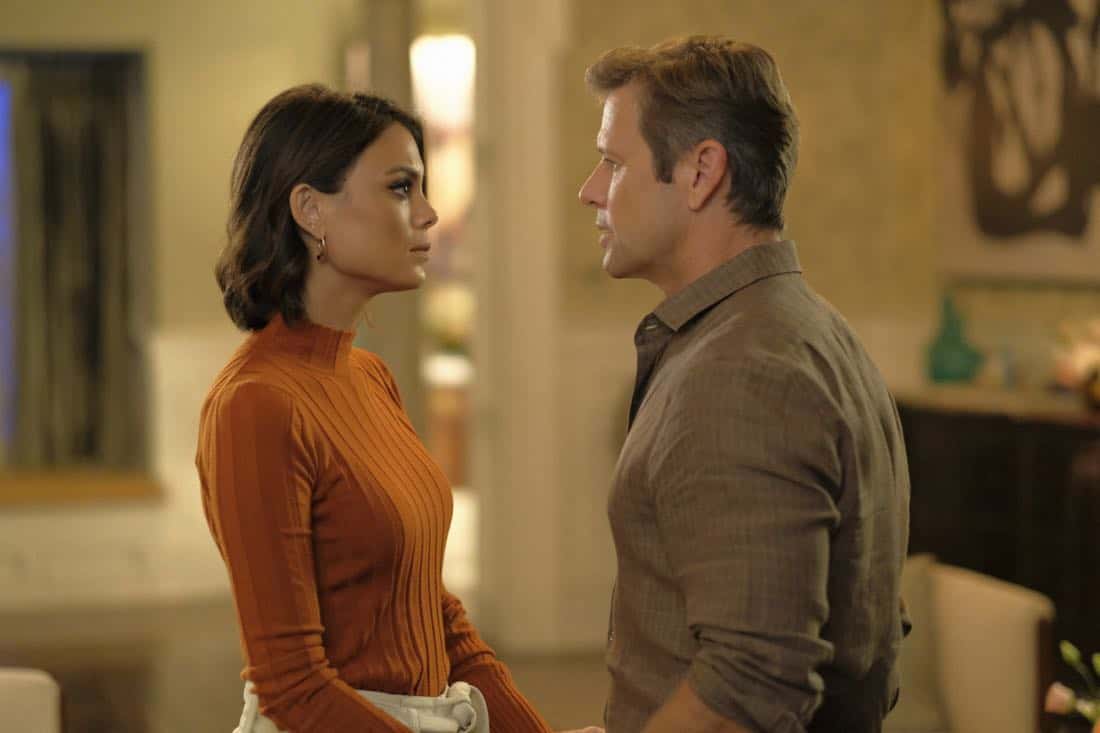 WE DON’T NEED ANYBODY BUT US — The Carringtons’ efforts to protect their secrets – from the world and from each other – lead them outside the protective cocoon of the Manor: Cristal (Nathalie Kelley) and Blake (Grant Show) to their belated honeymoon, Steven (James Mackay) to Sammy Jo’s (Rafael de la Fuente) rescue, and Fallon (Elizabeth Gillies) to confront old demons. They all face the same difficult choice: serve yourself, or save the family? Alan Dale, Sam Adegoke and Robert C. Riley also star. Jena Richman wrote the episode, directed by Kevin Sullivan (#104). Original airdate 11/1/2017. DYNASTY Season 1 Episode 4 Photos Private as a Circus