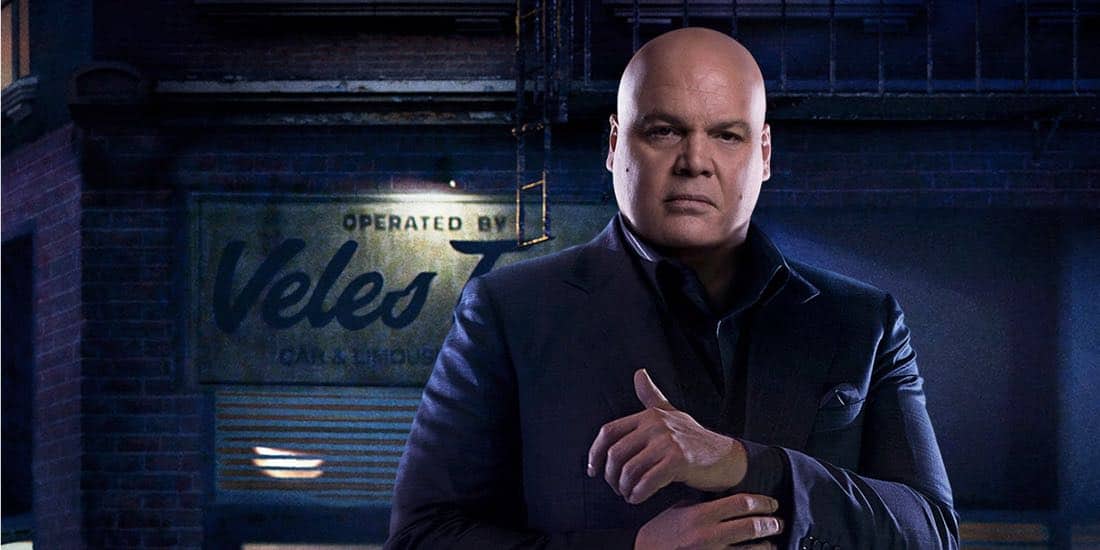 Marvel Television and Netflix announced that award-winning actor Vincent D’Onofrio (The Magnificent Seven, Jurassic World) will return to the highly-anticipated and critically-acclaimed Netflix original series MARVEL’S DAREDEVIL, reprising his role as Wilson Fisk, the powerful businessman whose interests in the future of Hell’s Kitchen brings him into conflict with the blind attorney Matt Murdock and his alter ego Daredevil. All episodes of the first and second seasons of MARVEL’S DAREDEVIL are currently streaming on Netflix, with season three slated for release in 2018.

Additionally, Erik Oleson has joined MARVEL’S DAREDEVIL as showrunner and executive producer. Oleson was most recently head writer and Executive Producer of Man In The High Castle.

“Vincent is an exceptional actor who returns with the incredible gravitas he brings to Fisk,” said executive producer, Jeph Loeb, adding, “we’re very excited how Marvel’s Daredevil develops through the creative lens and guidance of our new showrunner, Erik Oleson.”

D’Onofrio starred as Detective Robert Goren in over 100 episodes of the series Law & Order: Criminal Intent.  He received an Emmy Award nomination in 1998 for his riveting guest appearance in the Homicide: Life on the Street episode The Subway.  D’Onofrio also directed, produced and starred in the short film, Five Minutes, Mr. Welles, and recently appeared in the Academy Award-winning short The New Tenants. He is represented by Silver Lining Entertainment and United Talent Agency.

MARVEL’S DAREDEVIL  is produced by Marvel Television in association with ABC Studios for Netflix.