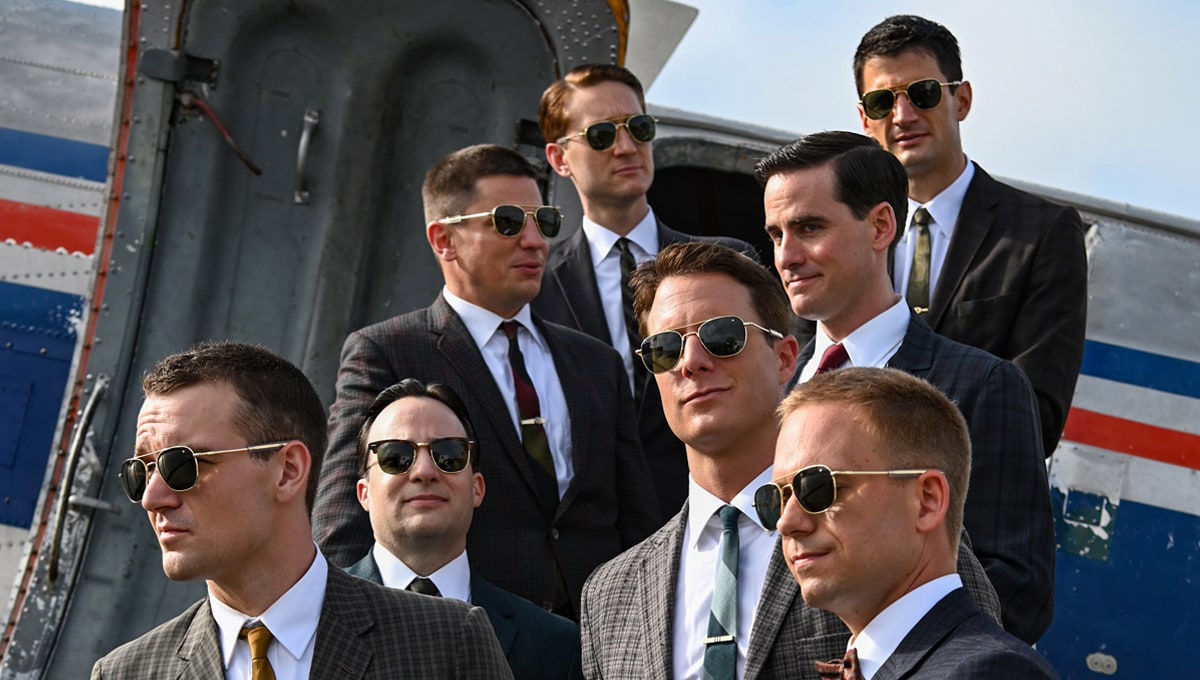 Today as part of its Comic-Con@Home panel for its upcoming original series “The Right Stuff,” Disney+ released a sneak peek from the service’s first scripted series from National Geographic. Premiering this fall, “The Right Stuff” tells the incredible story of America’s first astronauts, the Mercury Seven, during the early days of the U.S. Space Program.

Based on the iconic bestseller by Tom Wolfe, “The Right Stuff” is an inspirational look at the early days of the U.S. Space Program and the incredible story of America’s first astronauts, the Mercury Seven. At the height of the Cold War in 1959, the Soviet Union dominates the space race, and America fears it is a nation in decline.  Newly-formed NASA has the monumental task of sending a man into space, and its engineers estimate they need decades to accomplish the feat. They are given two years. Dubbed Project Mercury, the program recruits and trains just seven astronauts from a handful of the military’s best pilots.  Within days of being presented to the world, the Mercury Seven become instant celebrities, forged into heroes before they achieve a single heroic act. At a time when many wondered if America’s glory days were behind it, The Right Stuff is an aspirational story about how ordinary human beings can achieve the extraordinary. As much about who we are today as it is about historic achievements, the series evokes the wonder of this singular era, when the free world looked towards a new horizon of hope as we first stepped off the bounds of our only home to venture into the vast unknown.

Disney+ is the dedicated streaming home for movies and shows from Disney, Pixar, Marvel, Star Wars, National Geographic, and more. As part of Disney’s Direct-to-Consumer and International (DTCI) segment, Disney+ is available on most internet-connected devices and offers commercial-free programming with a variety of original feature-length films, documentaries, live-action and animated series and short-form content. Alongside unprecedented access to Disney’s incredible library of film and television entertainment, the service is also the exclusive streaming home for the latest releases from The Walt Disney Studios. Disney+ is available as part of a bundle offer that gives subscribers access to Disney+, Hulu (ad-supported), and ESPN+. Visit DisneyPlus.com to subscribe and/or learn more about the service.