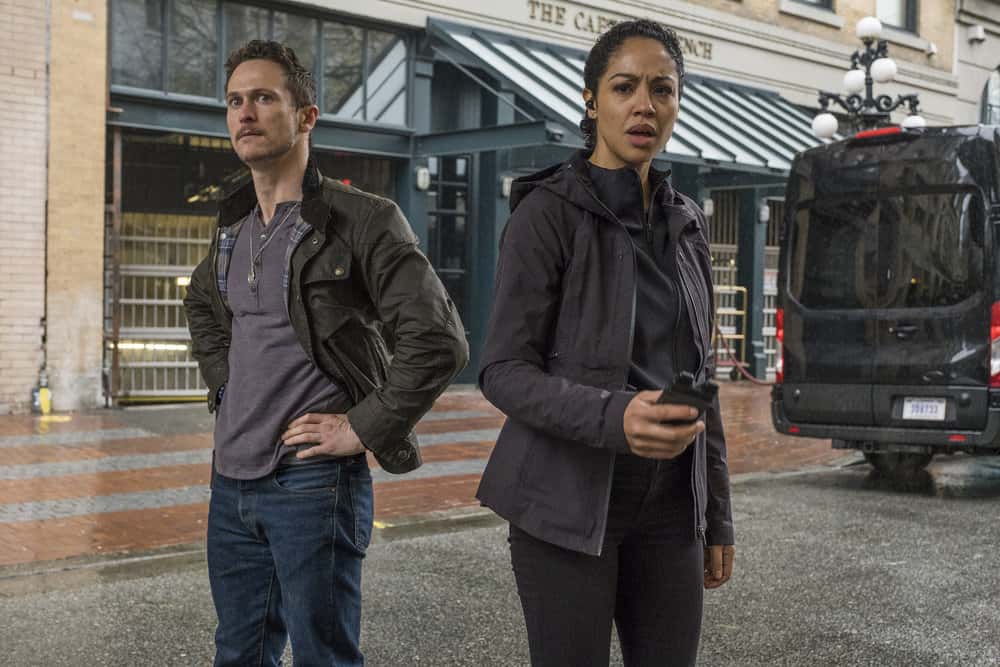 DEBRIS Season 1 Episode 5 Photos Earthshine – INFLUX steps out from the shadows, weaponizing the Debris in a terrifying experiment. Finola struggles to keep her newfound knowledge from affecting her work.