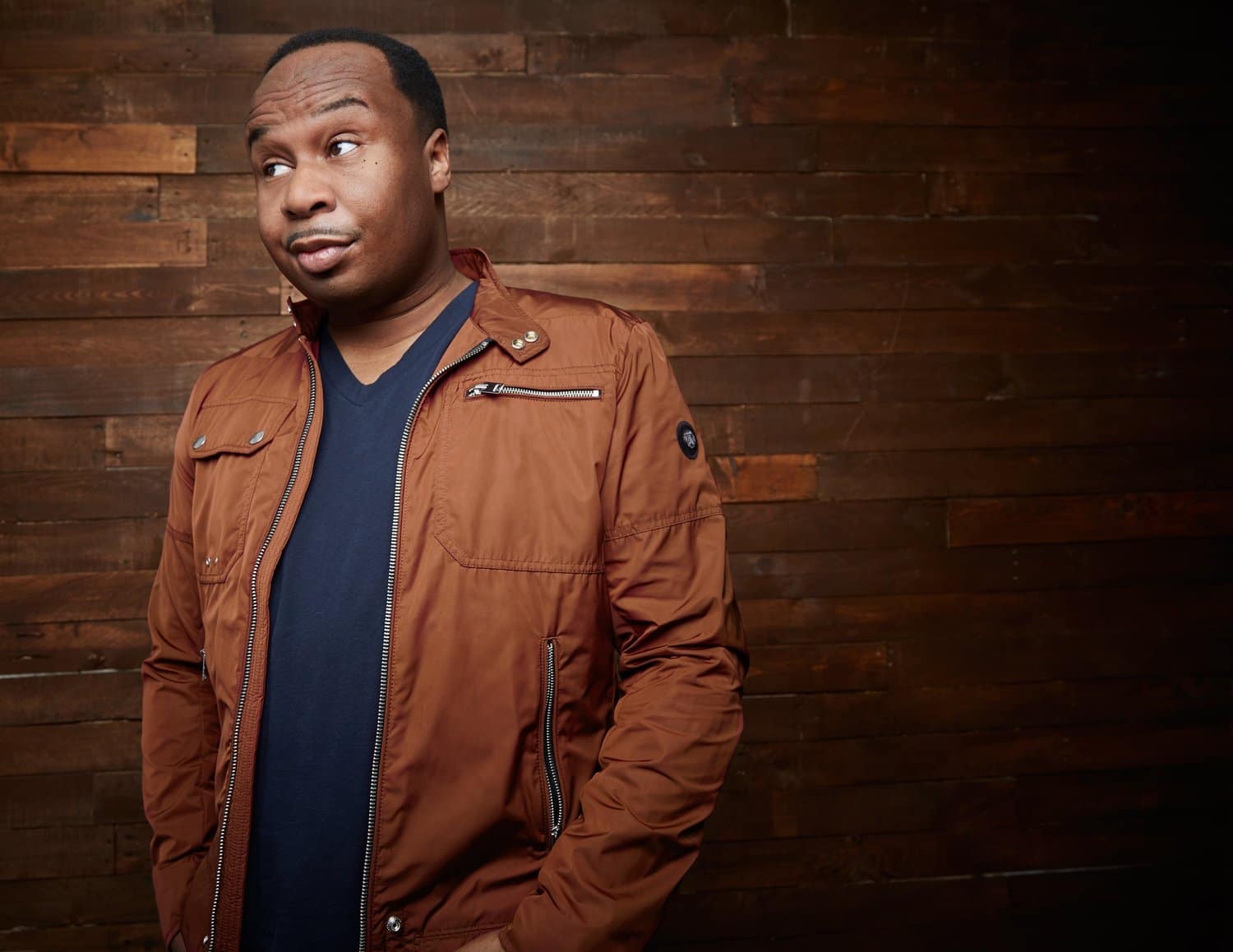 In Roy’s Job Fair, work is like sex or food – you’re either getting it or looking for it. Roy Wood Jr. explores the human condition every week through the prism of employment. Roy sits down with real people from ALL lines of work about their most memorable jobs, employment vacancies they’re looking to fill, scams they’ve run at the office, and of course, the cringe-worthy office romances.

Roy’s famed humor is matched by his true empathy and curiosity for people. Join him on an entertaining exploration into the battle all of us fight every day. Balancing our need to provide with our need for emotional fulfillment. Learn from the people who got it right. Laugh with the rest of us who constantly get it wrong. Welcome to the Job Fair. Listen to the trailer HERE.

Roy Wood Jr.’s comedy has entertained millions across stage, television and radio. In addition to stand-up comedy, producing and acting, Roy is currently a correspondent on Comedy Central’s Emmy and NAACP Award-winning The Daily Show with Trevor Noah. During his tenure, he has used The Daily Show’s brand of satire to shed light on serious issues including gun violence, police reform, LGBTQ+ discrimination, ICE deportations and PTSD in the Black community. Roy’s recent credits include guest starring roles in Netflix’s comedy series Space Force, AMC’s Better Call Saul, and The Last O.G. on TBS.

For Comedy Central, Roy is currently featured in the new digital docuseries Dark Humor, which spotlights Black stand-up comedians discussing their approach to comedy and sources of inspiration that speak to their unique experience. Roy created the digital series, Stand-Up Playback, in which he has fellow comics revisit vintage clips of them performing to see if their old jokes still hold up. He also wrote and starred in the original, digital series The Night Pigeon, the story of a black superhero with minimal powers fighting the biggest baddest gang in his community, The Gentrifiers. In 2017, he hosted the storytelling series, This Is Not Happening.

Roy is a graduate of the Florida A&M University with a B.S. in Broadcast Journalism. True to his roots, he is a strong and outspoken advocate for reshaping the image of Alabama and the American South as a whole. In 2018, he penned a New York Times piece on the subject. He is actively working with the Birmingham City Council and the Film Commission to bring more  entertainment jobs to the state. During the pandemic, Roy has spent time raising money for the staff of his hometown comedy clubs in Alabama through tipyourwaitstaff.com and Laugh Aid. Roy is active on social media and can be followed on Twitter and Instagram @roywoodjr.

Roy’s Job Fair is distributed through the iHeartPodcast Network and available on iHeartRadio and all major podcast platforms.