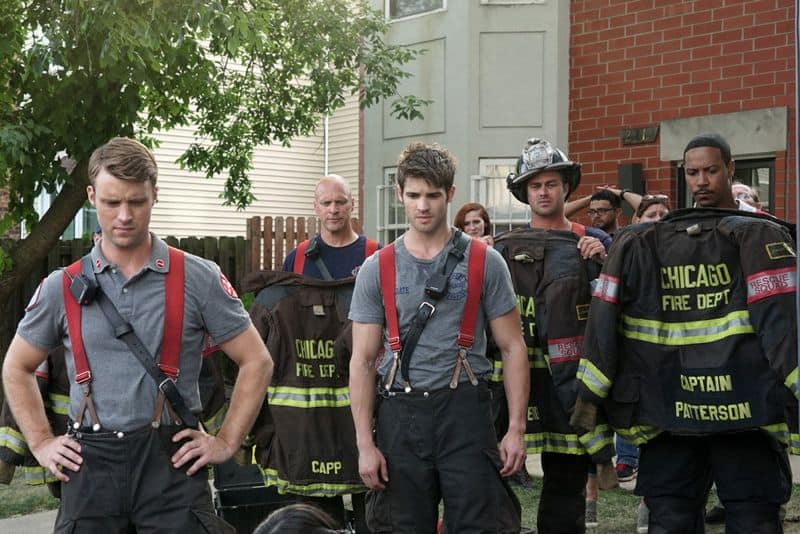 BODEN’S JOB IS ON THE LINE AS THE SEARCH CONTINUES TO UNCOVER EVIDENCE THAT WOULD CLEAR HIM AND THE FIREHOUSE OF ANY WRONGDOING-The pressure on Firehouse 51 is at an all-time high as the internal affairs investigation into the handling of a recent fire picks up steam. Just when it appears that game-changing evidence comes to light that would serve to bail out Chief Boden (Eamonn Walker), new twists emerge that put his head right back on the chopping block. Brett (Kara Killmer) and Chili (Dora Madison) respond to a routine call and quickly find themselves in a life and death situation to help aid a stabbing victim who is bleeding out. Meanwhile, a stuck elevator summons the house to a high-rise hotel that tests everyone’s mettle and candidate Jimmy Borrelli (guest star Steven R. McQueen) is conflicted when his older brother Danny (guest star Andy Ahrens) looks to get him transferred to a different house. Jesse Spencer, Taylor Kinney, Monica Raymund, David Eigenberg, Yuri Sardarov, Joe Minoso and Christian Stolte also star. Nick Gehlfuss, Oliver Platt, Brian Geraghty, Brian White, Rachel Nichols and Fredric Lehne also guest star.