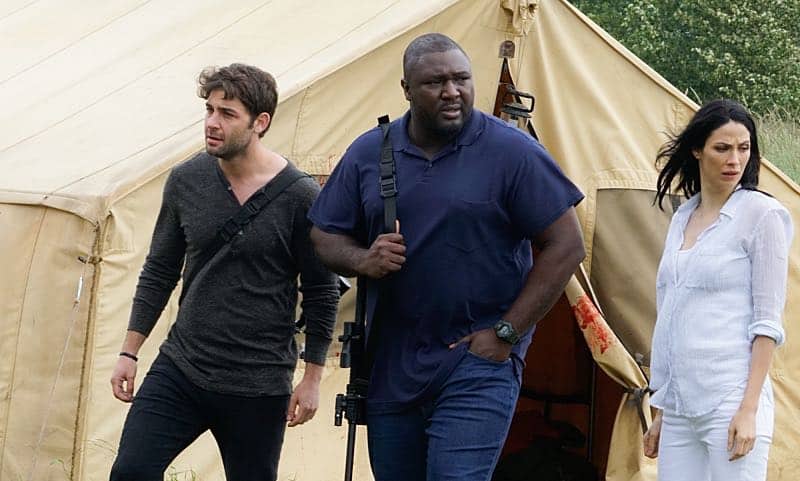 CBS today announced its summer schedule, including the new event series SALVATION, the new live-action game show CANDY CRUSH, the third season of ZOO, based on James Patterson’s #1 bestselling novel, and the return of the summer sensation BIG BROTHER.

ZOO, last summer’s #2 scripted series, returns for its third season on Thursday, June 29 (10:00-11:00 PM, ET/PT). In season three, the year is 2027 and the world has reached a tipping point: as the human population continues to dwindle due to the sterility problem, an equally devastating threat rises in the form of “the hybrids,” an army of unstoppable lab-made creatures, hell-bent on destroying Mankind.

CANDY CRUSH, the new live action game show based on the globally renowned mobile game franchise premieres Sunday, July 9 (9:00-10:00 PM, ET/PT). The game that has become a worldwide phenomenon comes to life as teams of two people use their wits and physical agility to compete on enormous, interactive game boards featuring next generation technology to conquer CANDY CRUSH and be crowned the champions.

BIG BROTHER follows a group of people living together in a house outfitted with 87 HD cameras and more than 100 microphones, recording their every move 24 hours a day. Each week, someone will be voted out of the house, with the last remaining Houseguest receiving the grand prize of $500,000. BIG BROTHER is produced by Emmy Award-winning producer Allison Grodner and Rich Meehan for Fly on the Wall Entertainment, in association with Endemol Shine North America.

Matt Kunitz, Peter Levin, Russell Binder, Nicki Sheard, VP Brand at King, and Sebastian Knutsson are executive producers for Pulse Creative in association with Lionsgate Television, King Ltd. and CBS Television Studios. Knutsson is King’s Chief Creative Officer and is one of the founders of the company. He created Candy Crush Saga.