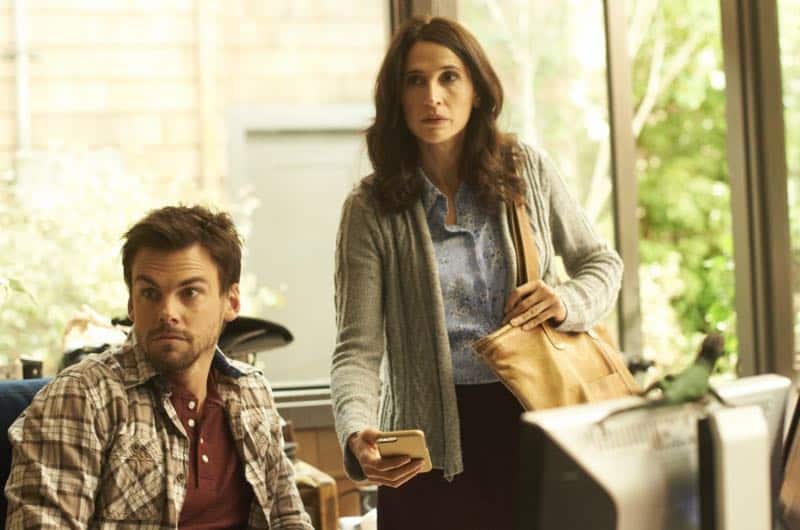 It’s nice to see the quality of Hulu’s programming going up recently. Their newest original series, CASUAL, is a lot better than most of their previous exclusives, and has the roster to match. If Hulu continues to make more efforts like this, they may soon begin to compete with Netflix and Amazon in the streaming content market.

CASUAL’s set up is simple enough. A man named Alex (Tommy Dewey, The Mindy Project) is unhappy. After some negative reactions to the bad feelings, he moves in with his sister, Valerie (Michaela Watkins, Trophy Wife), and her teenage daughter, Laura (Tara Lynne Barr, Aquarius).

Much of the humor from the pilot is mined from the love lives of these three characters. Valerie is still in pain from a failed marriage and looking for a replacement husband, someone she can connect with and who can be a true companion. Alex created a dating website whose algorithm he likely manipulates so he can go out with hot girls and sleep with them, no matter how incompatible they are. Laura is in the middle, being in what seems like a steady relationship, but also seems to really just want sex, no matter how inappropriate the situation.

The adult-themed content of CASUAL probably wouldn’t be welcome on the broadcast networks, but isn’t graphic like premium cable is, either. Instead, it takes the indie movie approach, with slow enough pacing and sex used as a story and character device, not just eye candy. This is a nice approach not usually found on the small screen, and it allows one to invest in the characters without the actors needing to decide whether or not to strip.

The series is produced and (at least the pilot) directed by Jason Reitman, whom movie fans will recognize as the director of such celebrated works as Juno and Up in the Air. That same sensibility comes through in CASUAL, with the same types of people and situations at the center of this piece. It likely won’t go for the foul language that Juno has, but it still has characters whom would fit in those worlds.

CASUAL also connects a bit to Hulu’s other programming in that it feels a bit like a high-quality version of Difficult People. I like Difficult People, but the leads of that program are over-the-top abrasive (which is admittedly in vogue right now). Alex and Valerie can be judgmental when talking amongst themselves, but they aren’t as outright rude to others’ faces, which I guess makes them slightly better human beings, if only slightly.

If I have one complaint about the pilot it’s that it drops us into a story in progress. For a show like this, I expect the first episode to show us why Alex and Valerie live together, beginning with the events that led to their decision to do so. Instead, CASUAL starts with them already under the same roof. I do feel like we understand them enough by the end of the initial half hour to figure out their motivations, but it makes the pilot seem like a second episode rather than a first, missing the origin story. My complaint is not a strong one, because it seems a pretty fresh move to make, but I think most shows give set up for a reason, and that feels just a bit lacking here.

Overall, though, I’m happy with CASUAL. It has artistic direction, solid performances by its great lead cast, and a developed, authentic story. It has the potential to run for awhile, with plenty of drama readily available in these characters’ lives. It’s not slapstick funny, for the most part, going with a quiet humor, but it isn’t too heavy, either.