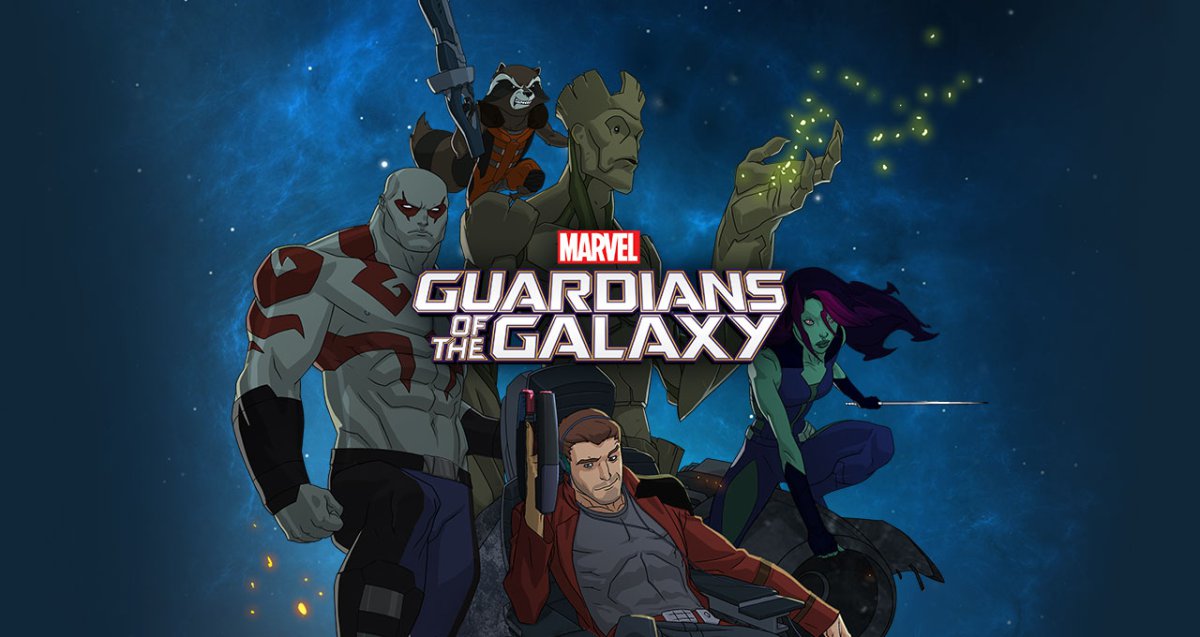 Disney XD has ordered a sophomore season of its popular animated series “Marvel’s Guardians of the Galaxy.” It was announced today by Dan Buckley (Marvel’s President, TV, Publishing and Brand Management) and Joe Quesada (Marvel’s Chief Creative Officer), at New York Comic-Con. The second season will continue the thrilling space adventure that follows the ragtag group of misfits that fans have come to love as they fight to protect the galaxy. “Marvel’s Guardians of the Galaxy” season two is currently in production and slated to premiere in 2017.

“We’re pleased to give fans a new season of ‘Marvel’s Guardians of the Galaxy,’ taking them deeper into the Guardians’ universe,” said Marc Buhaj, Senior Vice President, Programming and General Manager, Disney XD. “The team at Marvel Animation continues to deliver great stories that capture the tone and spirit of the feature film and provide entirely new chapters to the Guardians of the Galaxy story.”

“We are thrilled at the positive response to ‘Guardians’ from fans of all ages, and we are looking forward to bringing them more adventures with these dynamic characters,” said Dan Buckley, Marvel’s President – TV, Publishing & Brand Management. “There are so many possibilities with the Guardians franchise, and season two will take viewers even deeper into this rich universe.”

In the exciting second season, the Guardians of the Galaxy and The Avengers team up to stop evil alien mad scientist, The High Evolutionary! After an epic battle, The Guardians discover an ancient weapon with mysterious powers. Now, with every alien baddie in the galaxy trying to get their hands, paws and tentacles on this weapon, The Guardians must unlock its secrets before it destroys them and everything they’ve sworn to protect.

Disney XD is currently airing all-new episodes of season one on Saturday nights throughout the month of October featuring the “Hunt for the Cosmic Seed” story arc. A chance encounter with the Collector reveals more about the strange artifact the Guardians picked up – it’s a Spartaxian CryptoCube, but it’s incomplete and requires Pandorian crystals to work properly. Fortunately, the Collector knows where they can be found but it requires a perilous journey.

Disney XD is a basic cable channel and multi-platform brand showcasing a compelling mix of live-action and animated programming for kids age 6-11, hyper-targeting boys and transporting them into worlds full of humor, unexpected fun and inspiring action-filled adventures. Disney XD-branded content spans television, online, mobile and VOD platforms. The programming includes series, movies and short-form, as well as sports-themed programming developed with ESPN. In the U.S., Disney XD is seen on a 24-hour, advertiser supported network that reaches over 80 million households via its basic cable and satellite affiliates. In total, there are 31 Disney XD channels available in 25 languages around the world.

Marvel Entertainment, LLC, a wholly-owned subsidiary of The Walt Disney Company, is one of the world’s most prominent character-based entertainment companies, built on a proven library of more than 8,000 characters featured in a variety of media over seventy years. Marvel utilizes its character franchises in entertainment, licensing and publishing. For more information visit marvel.com.