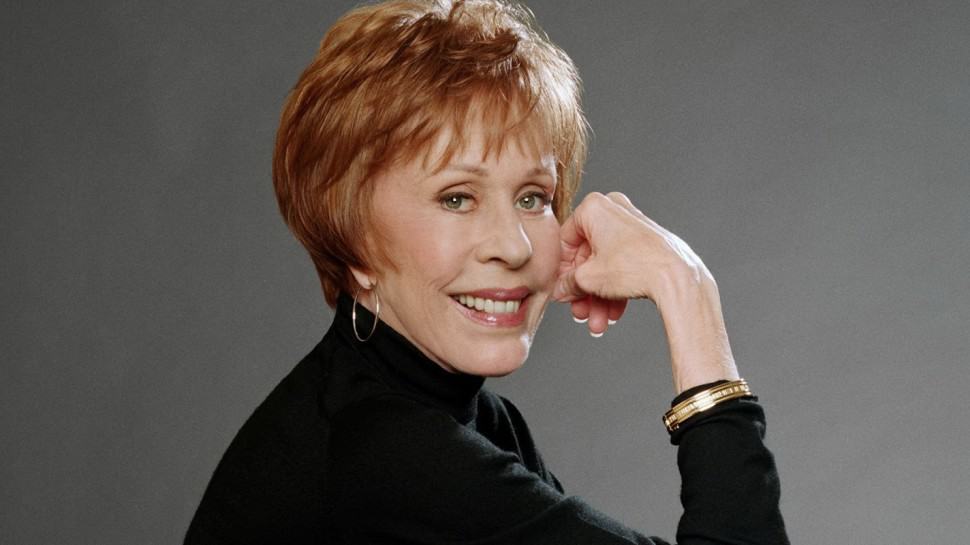 The Peabody Awards Board of Jurors have selected Carol Burnett to receive the first-ever Peabody Career Achievement, presented by Mercedes-Benz. The honor is reserved for individuals whose work and commitment to broadcast media has left an indelible mark on the field. The Peabody Awards are based at the Grady College of Journalism and Mass Communication at the University of Georgia.

“Carol Burnett is one of the all-time greats of television comedy. Her wit and talent set the bar for women in entertainment,” said Jeffrey P. Jones, executive director of Peabody. “Suffice it to say there would be no Gilda Radner, Julia Louis-Dreyfus or Tina Fey without her blazing the trail. We are pleased to celebrate the many contributions of a beloved TV icon.”

Peabody jurors first recognized the performer with a Personal Award in 1962, noting: “In a world that needs laughter today more than ever before, Carol Burnett has emerged in the past year as one of television’s funniest, and most highly acclaimed, comediennes. Already a star of the first magnitude, she promises to give untold enjoyment to the world of television for years to come. May her tribe increase!”

And indeed it did. Launched in 1967, “The Carol Burnett Show” ran for 11 years and averaged 30 million viewers a week. Backed by a talented ensemble featuring Harvey Korman, Tim Conway, Vicki Lawrence, and Lyle Waggoner, and hosting the brightest guest stars of the day, the show became a hit. Burnett’s endearing signature wink and ear-tug signoff sealed her place in American hearts and the canon of television history. Later, she showcased her acting range as a cast member of Peabody Award winner “Friendly Fire,” a 1979 ABC Theatre presentation about the effect of the Vietnam War on an Iowa farm family.

Her most recent work includes “The 50th Anniversary of The Carol Burnett Show” special, which aired on CBS in December, and the upcoming family show “A Little Help with Carol Burnett,” scheduled to launch May 4 on Netflix. The show, hosted by Burnett, features a panel of young children providing advice to adults with dilemmas.

The Peabody Career Achievement Award is presented by Mercedes-Benz, the presenting sponsor and official automobile of the 77th Annual Peabody Awards Ceremony.

“Mercedes-Benz is honored to partner with Peabody and are proud to support such a prestigious organization that shares our home state of Georgia,” said Monique Harrison, head of brand experience marketing at Mercedes-Benz USA. “We are excited to be part of the team that recognizes trailblazing storytelling in media and are thrilled that this year’s award recipient is the iconic Carol Burnett.”

Burnett and fellow Peabody Awards recipients will be celebrated on Saturday, May 19 at Cipriani Wall Street in New York. Hasan Minhaj, comedian, writer and senior correspondent on Comedy Central’s “The Daily Show with Trevor Noah,” will serve as host. Mercedes-Benz will provide transportation to top talent attending the gala event. Supporting sponsor is The Coca-Cola Co. Variety is the exclusive media partner.

The Peabody Awards honor the most powerful, enlightening and invigorating stories in television, radio and digital media. Each year, Peabody Awards are bestowed upon a curated collection of 30 stories that capture society’s most important issues—known as the Peabody 30. Honorees must be unanimously chosen by the Peabody Board of Jurors, a diverse assembly of industry professionals, media scholars, critics and journalists who each bring a unique perspective of what constitutes a story that matters. From major Hollywood productions to local journalism, the network of Peabody Awards winners is a definitive collection of society’s most important stories and storytellers, including winners that have ranged from Edward R. Murrow, Carol Burnett, and David Letterman to “The Sopranos,” “Sesame Street,” “Breaking Bad,” and “Serial.” The Peabody Awards were founded in 1940 at the Grady College of Journalism and Mass Communication at the University of Georgia and are still based in Athens today. For more information, visit peabodyawards.com to sign up for our newsletter or follow @PeabodyAwards on Twitter.

Mercedes-Benz USA (MBUSA), headquartered in Atlanta, is responsible for the distribution, marketing and customer service for all Mercedes-Benz products in the United States. MBUSA offers drivers the most diverse lineup in the luxury segment with 15 model lines ranging from the sporty CLA-Class four-door coupe to the flagship S-Class and the Mercedes-AMG GT R.

MBUSA is also responsible for Mercedes-Benz Vans and smart products in the U.S. More information on MBUSA and its products can be found at www.mbusa.com, www.mbsprinterusa.com and www.smartusa.com.