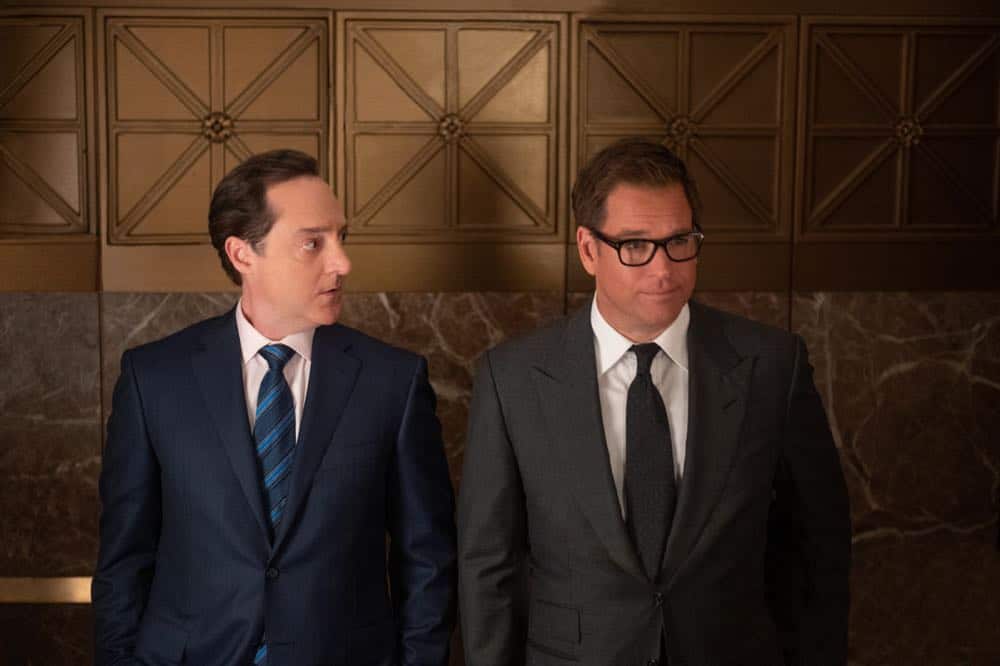 BULL Season 4 Episode 1 Photos Labor Days – “Labor Days” – As Bull prepares for fatherhood, his work at TAC suffers without his top attorney, Benny, who quit in reaction to Bull’s romantic reconnection to his ex-wife and Benny’s sister, Isabella (Yara Martinez). In addition, the team faces a difficult time in court as they mount a defense for a young bartender on trial for involuntary manslaughter, on BULL, Monday, Sept. 23 (10:00-11:00 PM, ET/PT) on the CBS Television Network.

BULL stars Michael Weatherly as Dr. Jason Bull in a drama inspired by the early career of Dr. Phil McGraw, the founder of one of the most prolific trial-consulting firms of all time. Brilliant, brash and charming, Dr. Bull is the ultimate puppet master as he combines psychology, human intuition and high-tech data to learn what makes jurors, attorneys, witnesses and the accused tick. His personal life proves harder to manage as he tries to live a healthier lifestyle following a heart attack and learns he is expecting a child with his ex-wife.