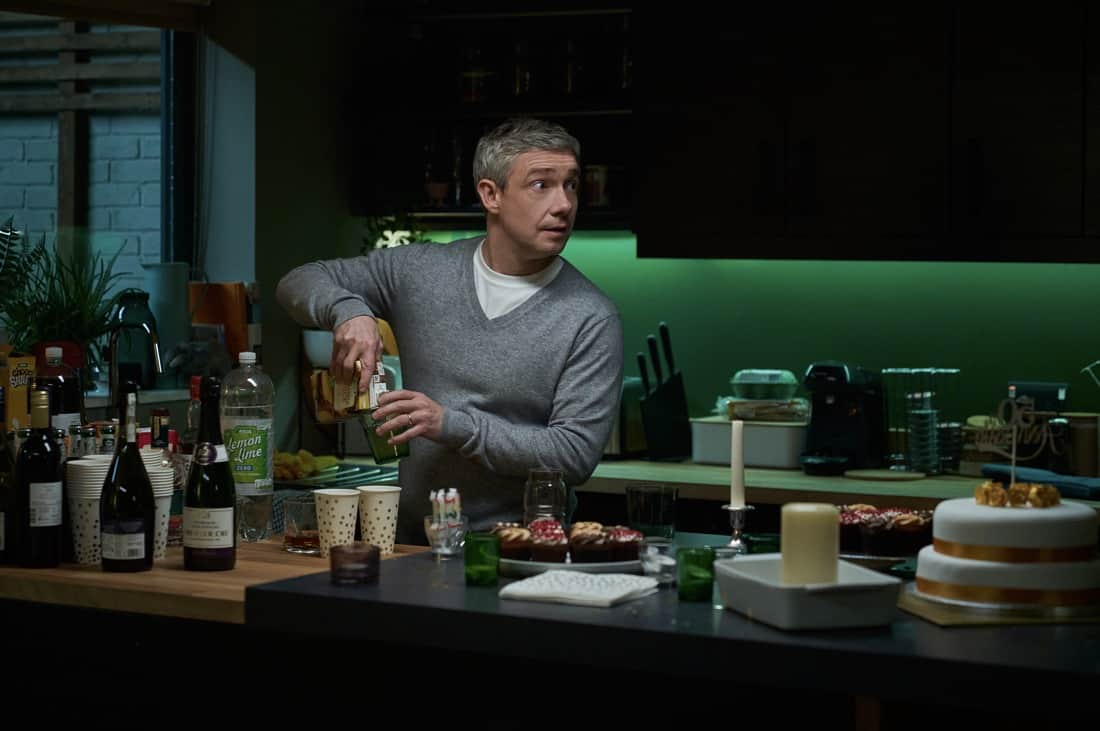 BREEDERS Season 2 Episode 9 Photos No Power Part I – (Airs Monday, May 10 @ 10:00pm ET/PT) As Jim and Jackie’s golden wedding anniversary party is plunged into darkness by a power outage, the growing tensions between Paul and Luke reach an explosive and terrifying climax. Written by Simon Blackwell; directed by Ollie Parsons. s02e09 2×09 2.09 s2e9

“The closing minutes of Episode 209 of Breeders contains a pivotal piece of action that the entire second season was built around. We’d planned for a while that we would age the kids up in Season 2, so Luke and Ava would be six years older than they were in Season 1. And the one definite thing I knew I wanted to happen was for 13-year-old Luke to reach a very particular dramatic point with his dad, a shocking moment that redefines their entire relationship in a second. The whole of the series arc then grew out of that moment – where it would happen within the season, the emotional build up to it, and its unsteady resolution. Writing like that – from the micro out to the macro, building from a detail rather than starting with broad brushstrokes and then drilling down –is a gamble, but it’s very satisfying if it pays off. I hope it does here.”