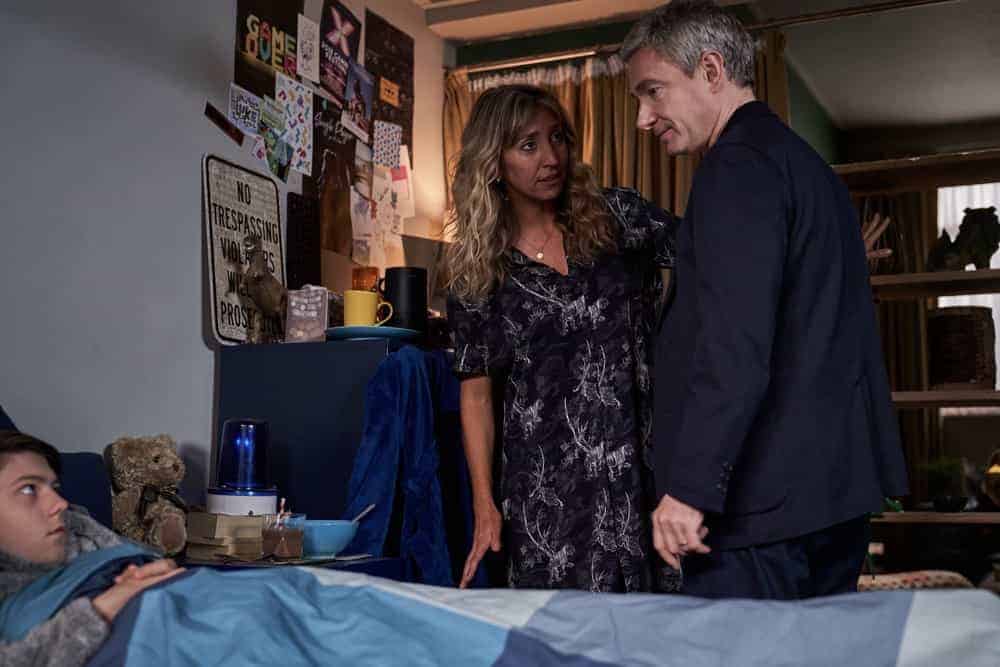 BREEDERS Season 2 Episode 7 Photos No Excuses – Ally and Paul’s marriage is in crisis. Paul’s obsessed by what happened but won’t discuss it. An increasingly troubled Luke refuses to go to school and Leah and Alex make an announcement. Written by Rebecca Callard; directed by Ollie Parsons. s02e07 2×07 2.07 s2e7