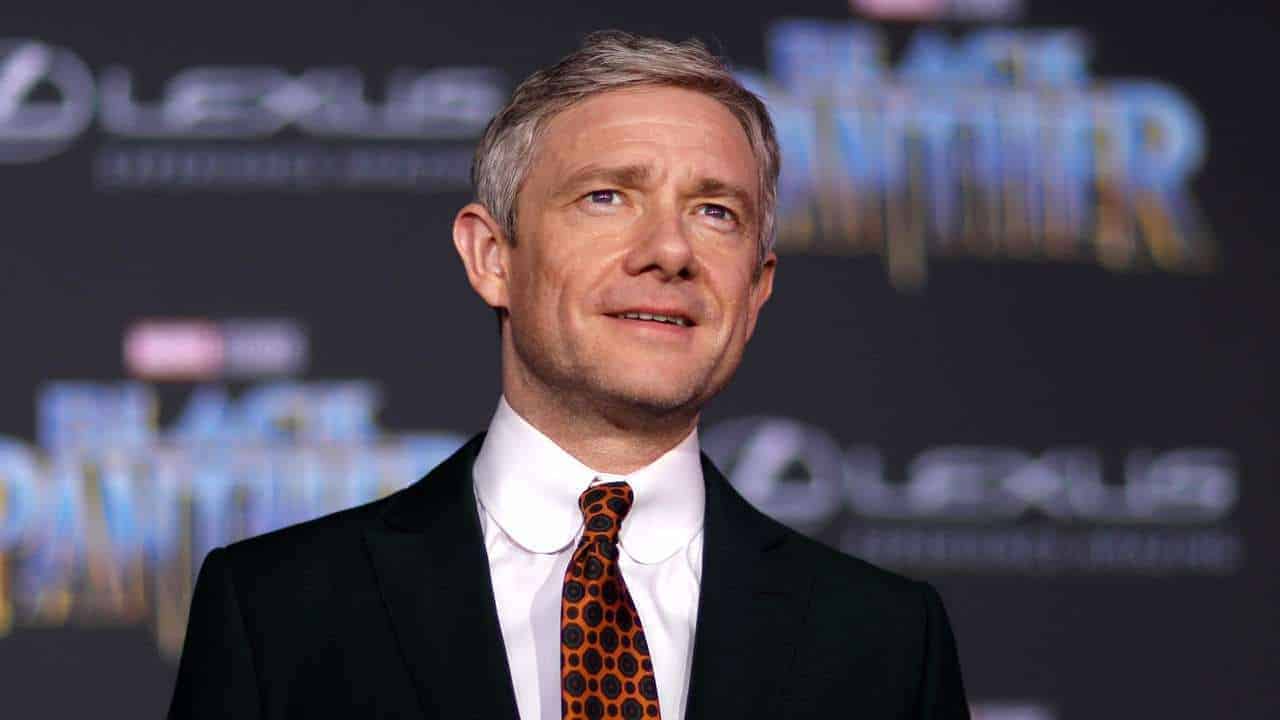 Breeders, a new comedy series starring Martin Freeman and Daisy Haggard, has been ordered to series at FX, it was announced today by Nick Grad and Eric Schrier, Presidents of Original Programming for FX Networks and FX Productions. The 10-episode first season will premiere on FX in 2020 and is being produced by FX Productions, Avalon Television and Sky Original Productions.

Breeders exposes the parental-paradox that it is possible, in the very same moment, to love your child to the horizon of the universe, while being apoplectically angry enough to want to send them there.  Martin Freeman stars as a caring father discovering he’s not quite the man he thought he was.

“Martin Freeman is an incredibly versatile artist who is perfectly paired with the wonderfully talented Daisy Haggard in Breeders,” said Grad. “We enjoyed working with Martin on the first installment of Fargo and are delighted that he is executive producing along with Simon Blackwell and Chris Addison. We also appreciate the chance to partner with Avalon Television and Sky Original Productions to bring this new comedy series to audiences worldwide.”

“I’m delighted to be making Breeders with a team that can make me laugh whilst we look at some of the less-discussed truths and challenges of being a parent,” said Freeman. “I really love this project and am delighted to be working with FX and Sky.”

“I am very excited about making Breeders, to the point of being told to go to bed and stop showing off,” said Simon Blackwell.

Added Chris Addison, “It’s a treat to be cooking up stuff with my old comrade Simon Blackwell and the peerless Martin Freeman. We’re very excited that FX and Sky have agreed to finance what is effectively us working through some of our own issues in the form of ten half-hour sitcom episodes. Usually you have to pay for your own therapy.”

Avalon is a multi-award-winning talent management, live promotion and television production group with offices in the UK and the USA. Avalon and ARG, the talent management arm, has discovered and represents many artists that are household names, both in the UK, the USA, and around the world. Avalon has produced numerous ground-breaking television shows including: multi-Emmy and Peabody award winner Last Week Tonight with John Oliver (HBO), multi-award winning and Emmy-nominated Catastrophe (Channel 4/Amazon Prime), RTS and Rose d’Or winning Not Going Out (the BBC’s longest running sitcom currently on air), Broadcast Award winning and BAFTA and RTS-nominated Taskmaster (UKTV/Comedy Central USA), and Workaholics (Comedy Central USA).  Other shows recently in production include:  Wyatt Cenac’s Problem Areas (HBO); The Russell Howard Hour (Sky One), Stand Up Central with Rob Delaney (Comedy Central UK) and Russell Howard & Mum: Road Trip (Comedy Central UK); whilst the catalogue is sold worldwide by Avalon Distribution. For Avalon news visit: www.avalon-entertainment.com or @avalonent.

With 23 million customers across seven countries, Sky is Europe’s leading media and entertainment company and is proud to be part of the Comcast group. We have 31,000 colleagues and together we want to connect our customers to more of what they love, including our award-winning original productions, like Patrick Melrose and Save Me, and great shows from our partners including HBO, Showtime and Warner Bros. And our ever improving technology makes it even easier for customers to watch more of the shows they love with personalised recommendations and voice control and, our online streaming service, NOW TV, brings all the enjoyment of Sky with the flexibility of a contract free service. We treat our customers better than anyone else in our field, as Ofcom’s complaints data shows, and we look after our staff too. Sky is one of The Times Top 50 employers for women and we’re in Stonewall’s list of Top 50 LGBT-Inclusive employers. We also use our position as the leading entertainment business in Europe to do the right thing. As part of Sky Ocean Rescue campaign we’re committing to be completely single-use plastic free by 2020, we’re investing £25million over five years in ocean-saving tech and we’re supporting the WWF to protect our oceans with designated Marine Protected Areas.