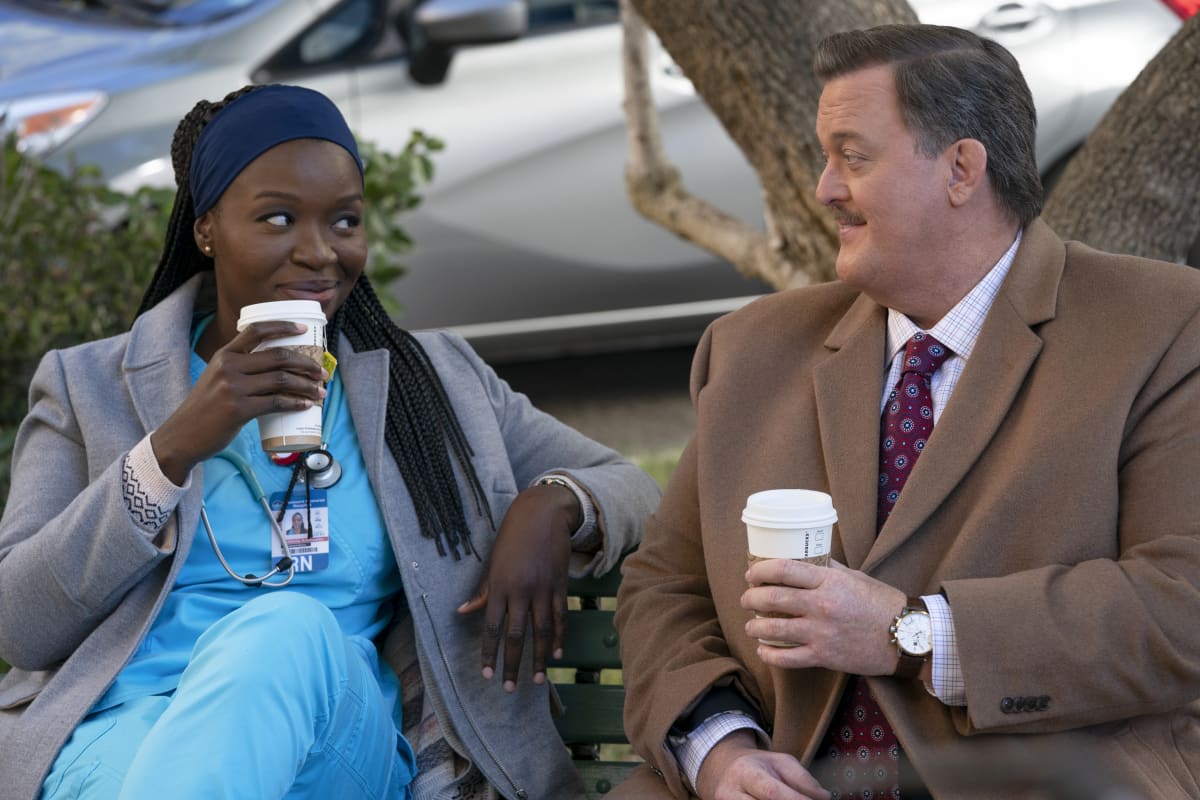 BOB HEARTS ABISHOLA Season 2 Episode 7 Photos The Wrong Adebambo – s02e07 2×07 – “The Wrong Adebambo” – When Abishola’s husband, Tayo (Dayo Ade) makes a surprise visit from Nigeria to Detroit, Bob sees this as a perfect opportunity for Abishola to ask for a divorce, but Abishola is surprised when past feelings for her husband come up, on BOB ♥ ABISHOLA, Monday, Jan. 18 (8:30-9:00 PM, ET/PT) on the CBS Television Network.