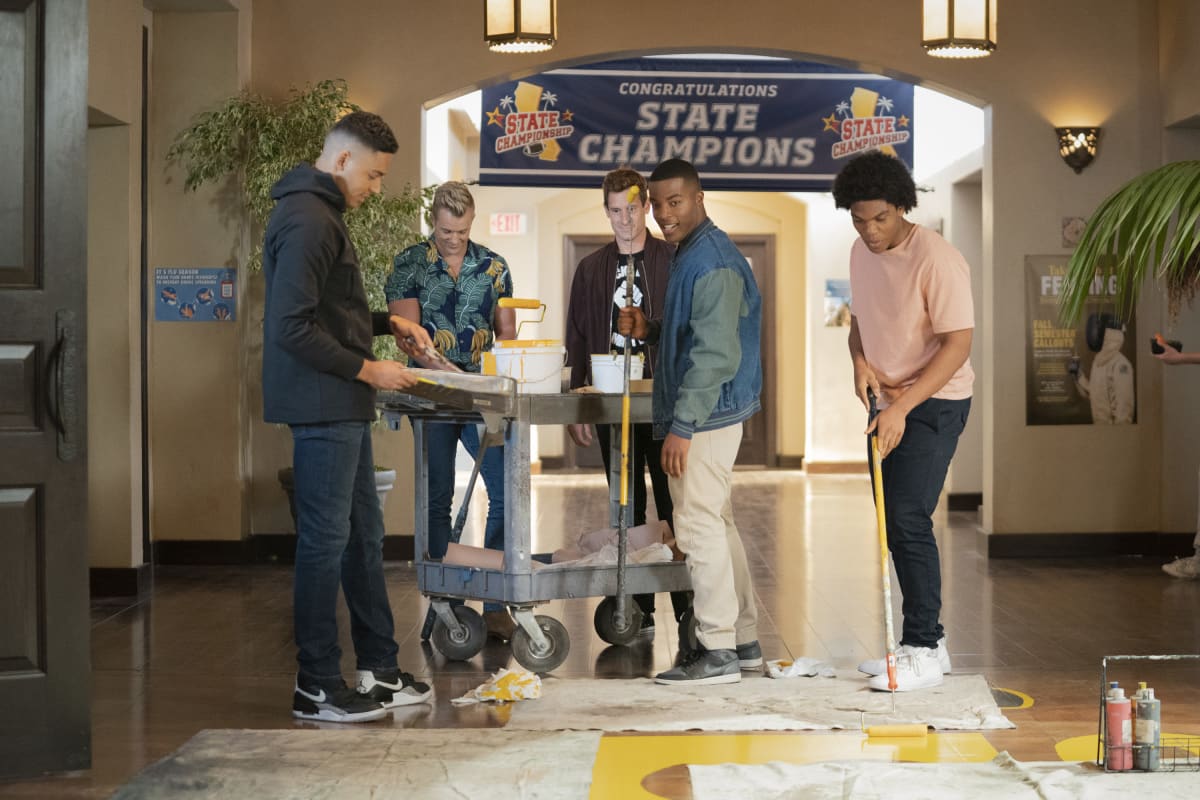 ALL AMERICAN Season 3 Episode 1 Photos Seasons Pass – s03e01 3×01 – “Seasons Pass” SEASON PREMIERE – Spencer (Daniel Ezra) finds himself on the defense after an interview he gave comes out, upsetting his old teammates and emotions get the best of them. Coop (Bre-Z) and Layla (Greta Onieogou) return from tour, but while Coop tries to figure out what happened with Patience (Chelsea Tavares), she tries to learn why Tyrone’s sister is back. Billy (Taye Diggs) is excited for a fresh start at South Crenshaw High, but he must confront something from his past first that could be a roadblock to his success. Meanwhile, Jordan (Michael Evans Behling) and Simone (guest star GeffriMaya) struggle with saying goodbye to someone they love. Samantha Logan, Cody Christian, Monet Mazur and Karimah Westbrook also star. Michael Schultz directed the episode written by Nkechi Okoro Carroll. (#301). Original airdate 1/18/2021.

It’s been a long journey in just a short period of time for gifted high school football star Spencer James (Daniel Ezra), from his days as the breakout player at South Crenshaw High to becoming state champion with Beverly Hills High. His family life, personal relationships and athletic future all changed and grown in ways he never imagined. But after the rough year that followed that victory, Spencer maked the tough decision to return to South Crenshaw High for his senior year with Billy Baker (Taye Diggs) by his side as the new head coach. Together, their plan is to bring home a football championship to save the school. However, in season three that may prove difficult as the high stakes of the Beverly/Crenshaw rivalry become very personal now that it’s friend versus friend, and father versus son. Furthermore, the medical mystery surrounding Spencer’s injured arm will not only significantly affect his game on the field, but also his relationships off the field, as they all try to navigate a very complicated, secret-filled senior year at both Beverly and South Crenshaw.