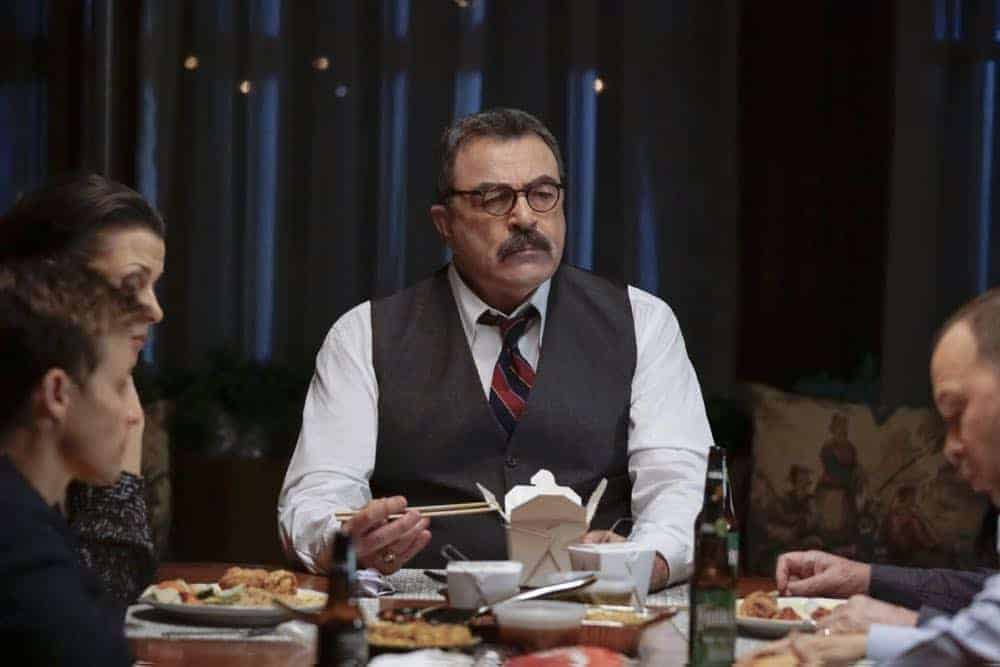 “My Aim is True” – When a series of drive-by murders occur after six wrongly convicted men are released from prison, Danny and Baez wonder if they were orchestrated by the men as an act of revenge. Also, Frank combats the guilt he feels about these innocent men unfairly serving nine years in prison, and Jamie and Eddie find themselves in a life-threatening situation, on the eighth season finale of BLUE BLOODS, Friday, May 11 (10:00-11:00 PM, ET/PT) on the CBS Television Network. BLUE BLOODS Season 8 Episode 22 Photos My Aim Is True.