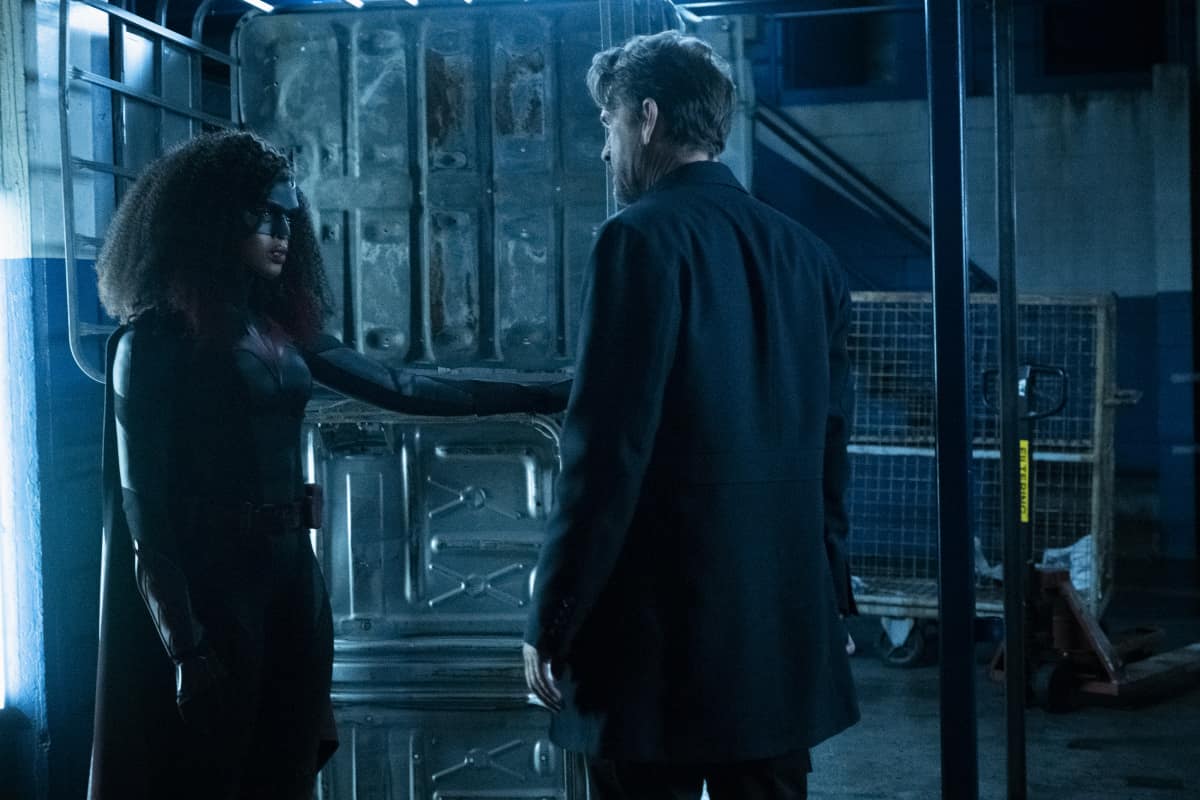 BATWOMAN Season 2 Episode 4 Photos Fair Skin Blue Eyes – NOT EASILY FORGOTTEN – As Batwoman (Javicia Leslie) attempts to fight the proliferation of Snake Bite through Gotham, a random encounter forces her to revisit her painful past. Empowered by her new role, Ryan Wilder is determined to ensure others like her don’t go unnoticed. Meanwhile, those closest to Kate are given a good reason to believe she is still alive, forcing unexpected alliances and betrayals. Also starring Dougray Scott, Rachel Skarsten, Meagan Tandy, Nicole Kang and Camrus Johnson. Menhaj Huda directed the episode written by Ebony Gilbert (#204). Original airdate 2/14/2021. Every episode of BATWOMAN will be available to stream on The CW App and CWTV.com the day after broadcast for free and without a subscription, log-in or authentication required. s02e04 2×04 2.04