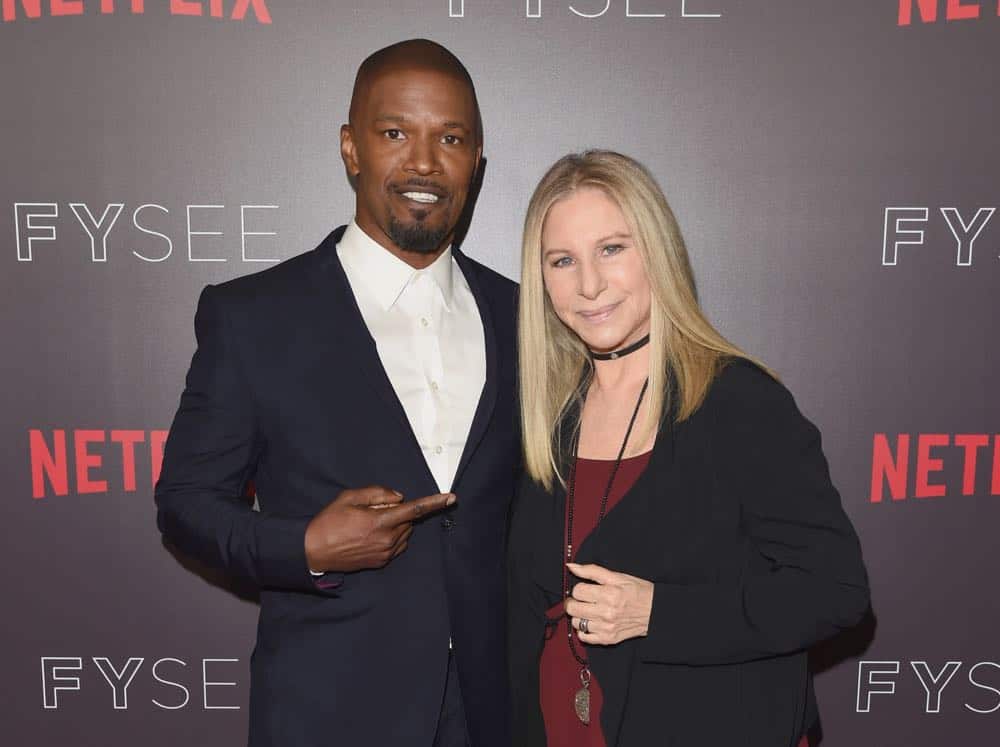 About Barbra Streisand
Widely recognized as an icon in multiple entertainment fields, Barbra Streisand has attained unprecedented achievements as a recording artist, actor, concert performer, producer, director, author and songwriter. Streisand has been awarded two Oscars®, five Emmy® statuettes, 11 Golden Globes®, eight Grammys plus two special Grammys, a special Tony Award®, and two CableACE Awards – the only artist to receive honors in all of those fields of endeavor. Streisand received the Presidential Medal of Freedom from President Barack Obama, and her many other honors include the American Film Institute’s Lifetime Achievement Award, the National Endowment for the Arts Medal, two Peabody Awards and France’s Légion d’Honneur. She is also the first female film director to receive the Kennedy Center Honors.

With the longest span of number one albums in history, Streisand has recorded 52 gold, 31 platinum and 13 multi-platinum albums in her career.   She is the only woman to make the All-Time Top 10 Best Selling Artists list. She is also the only artist in history to achieve a No. 1 album in six consecutive decades.

Streisand is a devoted philanthropist who works tirelessly to fight for what she believes in. A woman of action, Streisand founded The Barbra Streisand Women’s Heart Center at Cedars-Sinai, helping to raise awareness and push research into women’s heart disease, the leading cause of death among women.

About Netflix FYSEE
Industry events are by invitation only. #NetflixFYSEE. Netflix’s FYSEE is a dynamic, participatory exhibition space that brings the best of Netflix to life during Emmy® season. The experiential space is home to programming designed to connect industry professionals with content, creators and talent in new and unusual ways. FYSee combines diverse, world class television and one-of-a-kind conversations and events, with both above and below-the-line displays and interactive installations. The space features panels and/or exhibitions from new and returning Emmy®nominees and winners including The Crown, Stranger Things, Grace and Frankie, Unbreakable Kimmy Schmidt and Black Mirror; new favorites such as Glow, Mindhunter, Ozark, Godless; documentary programming that includes Wormwood, Icarus, Strong Island; animated hits BoJack Horseman and Big Mouth; well received comedy specials and more; with thematic panels, additional events and special performances.