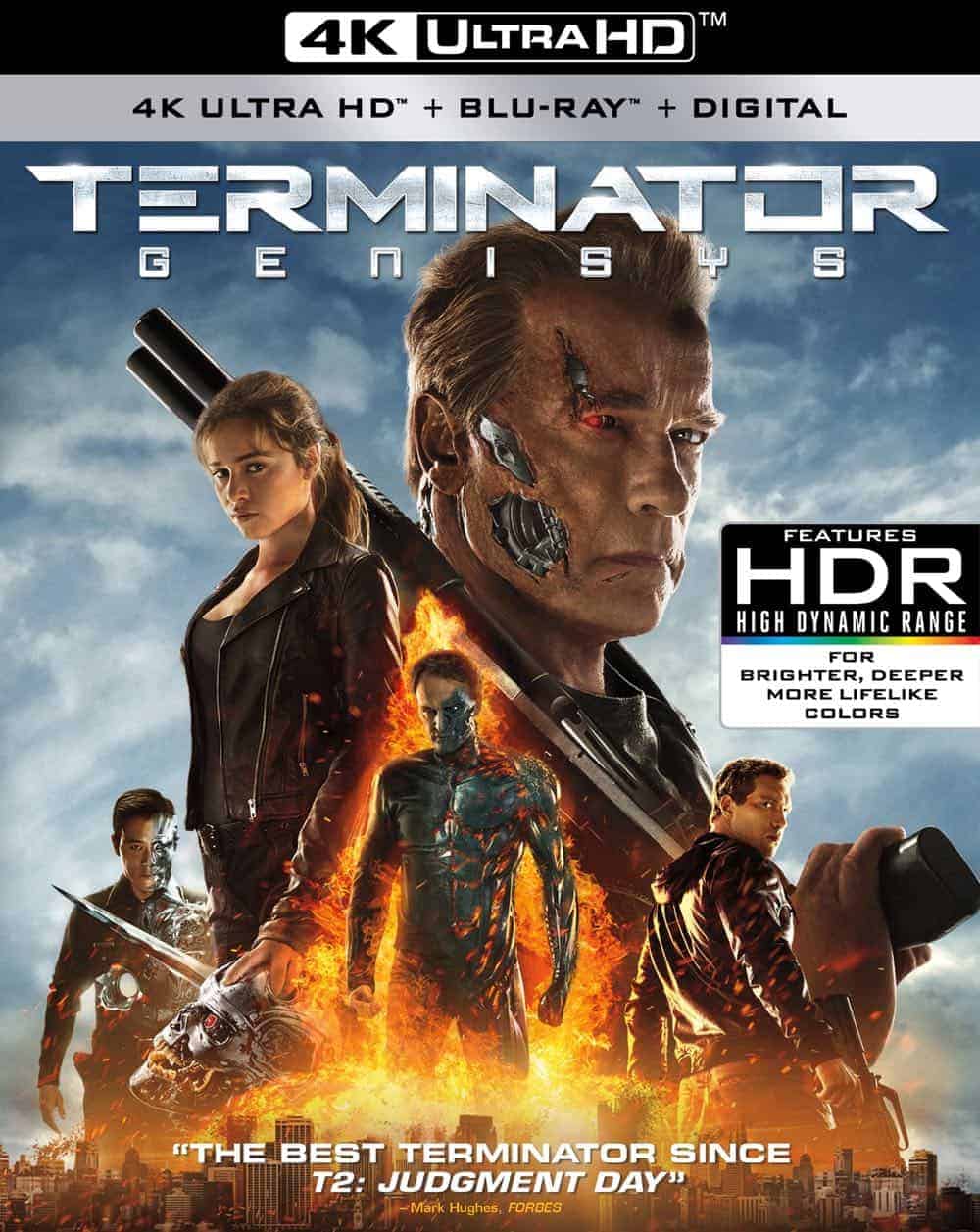 Seat42F and Paramount Home Media have teamed up to give THREE lucky winners a copy of TERMINATOR GENISYS on 4K Ultra HD/Blu-ray. For a chance to win send an email to contest@seat42f.com and tell us your favorite Arnold Schwarzenegger movie. Only one entry per person. Contest ends June 19th. Winners will be notified on June 20th via email.

“Arnold is back and better than ever” in this explosive new chapter of the blockbuster Terminator franchise. In the war of man against machine, Kyle Reese (Jai Courtney, The Divergent Series) is sent back to 1984 by resistance leader John Connor (Jason Clarke,Everest) to protect his young mother, Sarah Connor (Emilia Clarke, Game of Thrones). However, this time unexpected events have altered the past and threaten the future for all mankind. Now Reese must join forces with Sarah and her “Guardian” (Arnold Schwarzenegger) to save the world in “one of the best action movies of the year.”