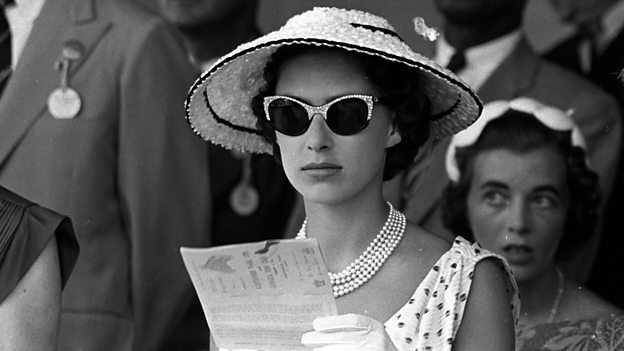 Following in the wake of the Windrush furore earlier this year, a new hour-long film will trace the deep historical roots of the present day scandal, with first-hand testimony from the Windrush Generation who arrived in Britain from the Caribbean between 1948 and 1972; a new two-part series Princess Margaret (w/t) profiles the life and loves of Princess Margaret and how she reflected the social and cultural changes in Britain during the 20th century and three-parter Convicted: The Crimes That Changed Britain (w/t) will explore how three historic criminal investigations have had a significant impact on the evolution of the British Justice system.

In Handmade, Steph McGovern will lead four contemporary crafts people on a journey into Britain’s manufacturing past, revealing stories behind iconic products from Trilby hats to fine bone china, and in Ancient Invisible Cities historian Michael Scott will use the latest laser-scanning technology and virtual reality techniques to reveal the secrets of three great cities: Cairo, Athens and Istanbul.

Simon Young, Commissioning Editor, History says: “These titles show the breadth, depth and vitality of history at the BBC. From the astonishing impact of individual struggles for justice on our legal system, to the richness of Britain’s industrial heritage, they also signal a desire to offer our audiences powerful insight into the profound and subtle ways in which history shapes the world we live in today.”

Tom McDonald says: “It’s been a brilliant 12 months for history on BBC Two from award-winning series like Elizabeth I’s Secret Agents to ratings smashes such as A House Through Time. Now, we’re announcing the next generation of titles on the channel. They demonstrate our commitment to finding new and exciting ways of delivering history; and our commitment to working with the very best filmmakers and on-screen experts to bring history to life.”

Patrick Holland, Controller of BBC Two, says: “It is so exciting to see the new approaches to history programming that Simon and Tom are developing for Two with some brilliant suppliers. History is not some dusty archive but is lived, contested, vital and challenging. It’s such an essential part of the channel.”

All titles were commissioned by Patrick Holland and Tom McDonald.
Princess Margaret and Ancient Invisible Cities will air later in 2018.
Other titles are due to air in 2018 and 2019.

Princess Margaret (w/t)
This compelling two-part series profiles Princess Margaret, whose life and loves reflected the social and sexual revolution that transformed Britain during the 20th Century. With sumptuous archive, engaging animated illustrations and a series of revealing interviews with close friends, personal staff, historians and biographers, the series follows Margaret’s life as she re-defined our image of the modern princess. This deeply personal account reveals how Princess Margaret’s character combined the rebellious force of modernity and a deep respect for tradition. In this she embodied the spirit of cultural change in the second half of the 20th Century.

Contributors include Lady Anne Glenconner, a childhood friend who became lady in waiting; Basil Charles, the owner of a bar on the Caribbean island of Mustique who met the Princess in the 1970s; Christopher Warwick, authorised biographer; Anne de Courcy, biographer of Lord Snowdon; and Craig Brown, Princess Margaret’s unauthorised biographer.

Princess Margaret (w/t), 2×60’, is a co-production between the BBC and PBS. It is made by BBC Studios where the Executive Producer is Chris Granlund, the Producer/Director is Hannah Berryman and the Commissioning Editor for the BBC is Abigail Priddle.

Windrush
This year the Windrush furore revealed that thousands of black Britons have spent decades living in fear – fear that they could be deported, prevented from travelling, denied housing or the chance to work and even denied medical care. British families of Caribbean heritage found themselves living in what was termed a “hostile environment”, with severe doubts cast on their British nationality.

Though the nation was shocked and appalled, the Windrush scandal came as little surprise to many of those directly affected. Tracing the deep historical roots of the present day scandal, this powerful and personal documentary is told by the Windrush Generation who arrived in Britain between 1948 and 1972 from the Caribbean. It reveals how they have lived for almost 70 years in a country that, despite their extraordinary contribution, has never fully embraced their Britishness.

Windrush, 1×60′, is made by Uplands. The director is James Ross, the Executive Producers are David Olusoga and Mike Smith. The Commissioning Editor is Simon Young.

Featuring experts, investigators, victims and people closely affected by each case, the series will explore miscarriages of justice and radical reforms, forensic breakthroughs and major shifts in laws and public attitudes, all of which link back to the original crime.

The cases followed are one mother’s fight to change an 800-year-old law in order to ensure her daughter’s killer is convicted; the world’s first use of DNA forensic fingerprinting in the 1980s – with its surprising and far-reaching consequences, and a miscarriage of justice which would lead to radical reform of policing powers and protection of citizens’ rights.

Convicted: The Crimes That Changed Britain (w/t), 3×60′, is a Wall To Wall Production for BBC Two. The Executive Producer for Wall to Wall Media is Colette Flight. The Series Producer is Nancy Bornat. The series will be directed by Emma Frank, Karen McGann and Russell England. The BBC Commissioning Editor is Simon Young.

Handmade
In this rich, pleasurable series, journalist Steph McGovern will lead four contemporary craftspeople on a journey into Britain’s manufacturing past to celebrate and reveal the incredible, surprising stories behind some of the iconic products that made the UK famous around the world.

From Trilby hats to the finest bone china, over the centuries, cities up and down the country have become centres of excellence, synonymous with remarkable products, for example Sheffield and cutlery, Stoke and pottery or York and chocolate.

Our team of craftspeople, led by Steph, will travel the country and go back in time, exploring a different city and the historic craft associated with it in each episode. Guided by celebrated experts, they’ll create several key items that represent each trade to understand how it has changed through time, from its origins right up to the modern day, using real instruction manuals, log books and diaries and the tools of the day. Across six episodes we’ll see a vast array of incredible makes, from shoes in Northampton and cutlery in Sheffield to cheese in Wensleydale. We find out how whole cities were shaped by making these iconic products and the sense of regional pride this brought. Alongside this, our presenter will reveal how each of these items shaped the broader economic and social history of Britain.

Handmade (w/t), 6×60’, is made by DSP Northern Ireland. The Executive Producers are Jo Bishop and Anne Stirling. The BBC Commissioning Editor is Abigail Priddle.

The Invisible Cities scanning team helps us to see these cities as no human eye ever could; in Cairo Michael explores deep inside and beneath the first pyramid ever built at Saqqara and finds out how it helped inspire the Great Pyramid of Giza; in Athens he reveals the secrets of a temple on the Acropolis and goes underground to see the silver mines that funded the world’s first democracy, and in Istanbul he discovers layer upon layer of history from the Greeks and Romans, to the Ottoman Empire and brings the city’s tumultuous history alive in the Hagia Sophia.

Ancient Invisible Cities, 3×60′, is a co-production between the BBC and PBS. It is made by BBC Studios where the Executive Producer is Chris Granlund and the BBC Commissioning Editor is Simon Young.