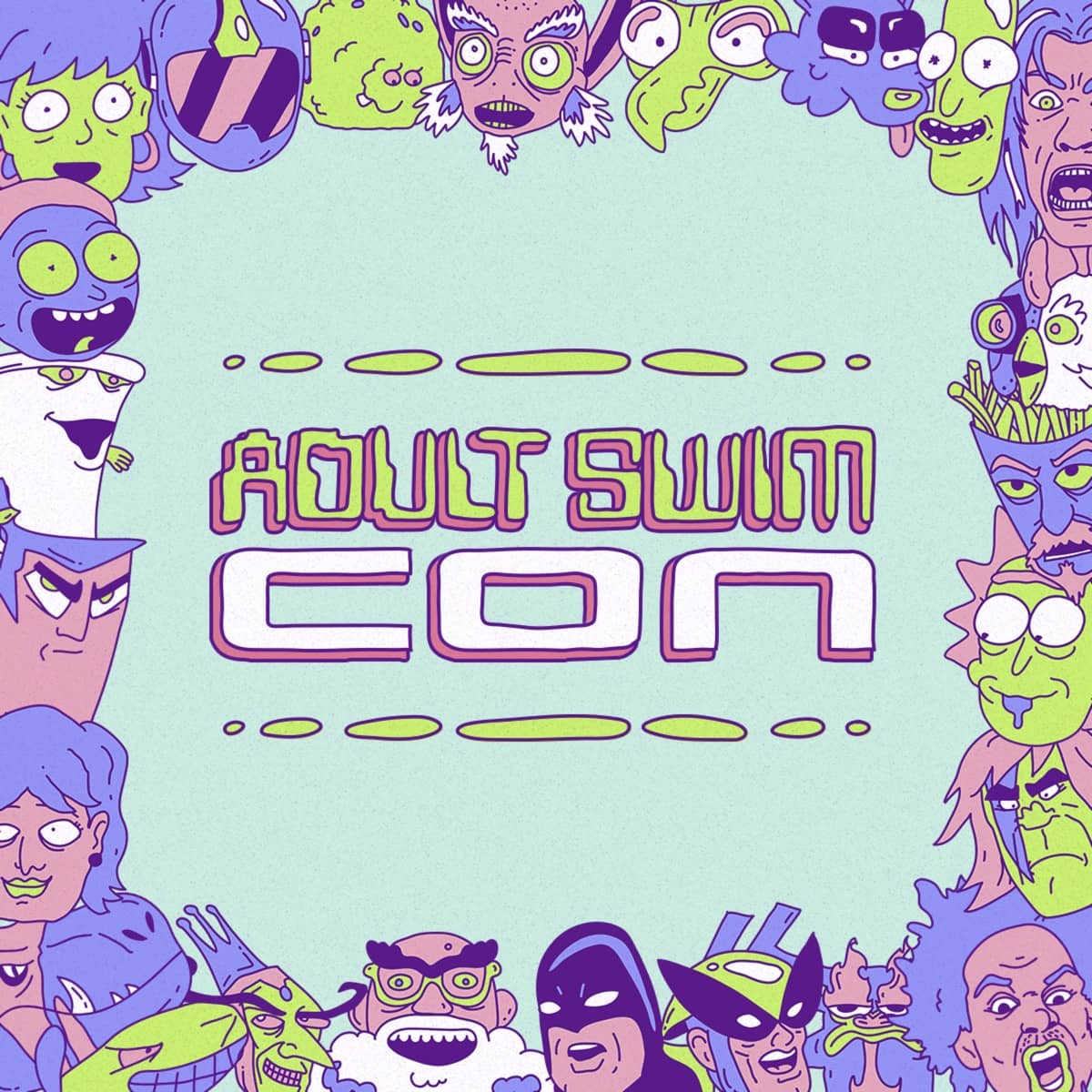 Adult Swim announces the first ever Adult Swim Con, a free, fully-immersive convention experience where no badge, plane ticket, or hotel reservation is required. Running Thursday, July 23rd to Saturday, July 25th from 4pm–10pm PST, lineup highlights include special behind the scenes looks at Rick and Morty presented by Pringles and Robot Chicken, featuring a Q&A with the cast and crew from both shows, a special Samurai Jack: Battle Through Time game play session, Toonami Edition with new show announcements, sneak previews of Blade Runner and Uzumaki, and an exclusive DJ set from Flying Lotus to celebrate the premiere of YOLO: Crystal Fantasy. Fans can sign up HERE further event details + full schedule of events, which will be posted next month.

“Adult Swim has always focused on innovative, one-of-a-kind experiences that bring our fans together,” said Jill King, senior vice president of marketing and partnerships for Cartoon Network, Adult Swim and Boomerang. “Now more than ever we all need that community connection, and this new virtual experience will take everything fans have always loved about Adult Swim and bring it right onto their couch.”

In its 10th season and with the 200th episode approaching, Look Who’s Bawkin’: Robot Chicken LIVE is a must-see. Show creators Seth Green and Matt Senreich, join stars Breckin Meyer and Donald Faison as we bewilder them with an hour of our favorite Robot Chicken clips. Fans will find out what they really think about the new season of Robot Chicken and can send them questions LIVE online.

A time-honored favorite competition, the Adult Swim Cosplay Cup presented by Pringles also debuts online on Adult Swim IGTV where contestants from around the world will compete, so dust off those hot glue guns and show off your cosplay in all its homegrown glory. Fans can sign up to compete HERE and have your creations reviewed by a panel of distinguished judges and the “Best In Show” winner will be announced on Adult Swim’s Instagram with special prizing for the best Rick and Morty cosplay courtesy of Pringles. Also, don’t miss the results from weeks of voting in the Adult Swim Summer Showdown happening on AdultSwim.com and the Adult Swim App. Find out what show was voted “best show in Adult Swim history” by fans.

Visit AdultSwimCon.com for additional details and get your con fix without leaving the house.