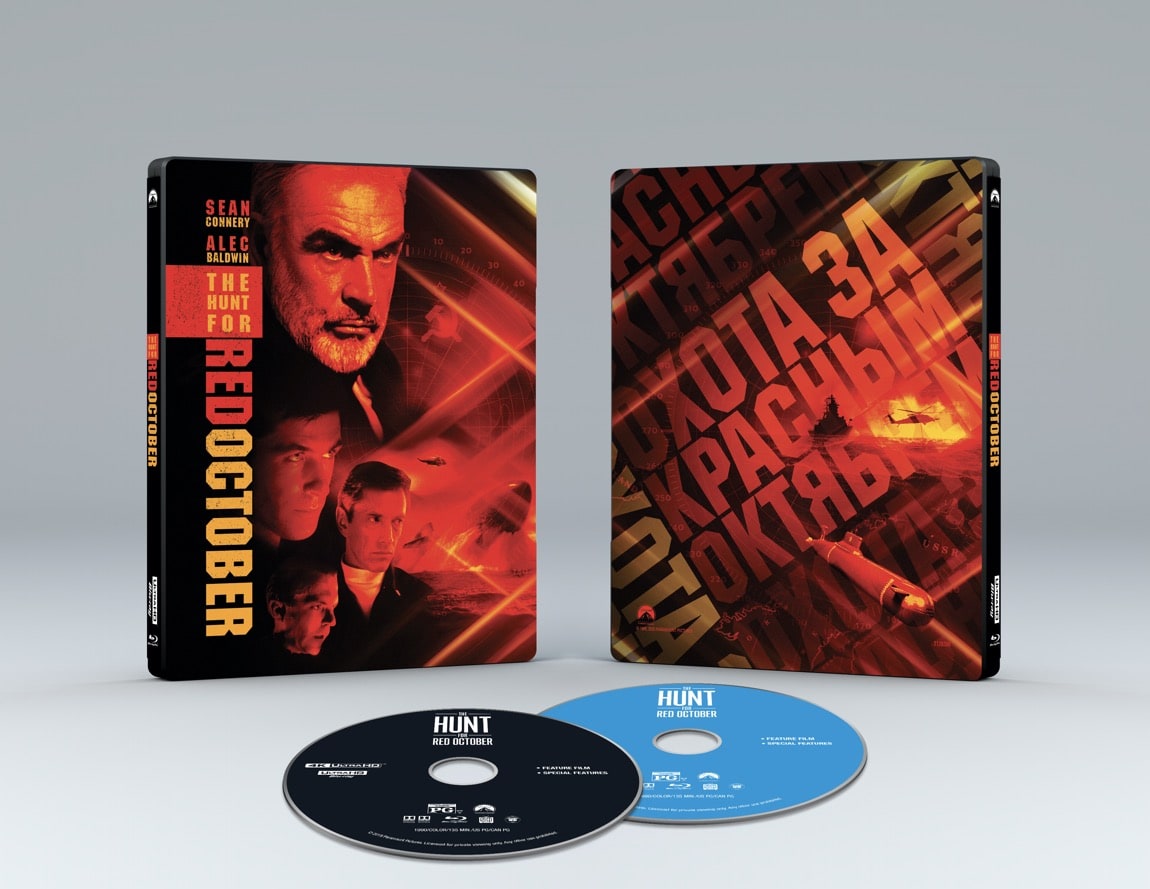 Seat42F and Paramount Home Media have teamed up to give two lucky winners a copy of THE HUNT FOR RED OCTOBER on 4K Ultra HD Blu-ray.  For a chance to win send an email to [email protected] and tell us your favorite Sean Connery movie. Only one entry per person. Contest ends March 4th. Winners will be notified on March 5th via email.

Based on Tom Clancy’s bestseller, directed by John McTiernan (Die Hard), and starring Sean Connery and Alec Baldwin, THE HUNT FOR RED OCTOBER seethes with high-tech excitement and sweats with the tension of men who hold Doomsday in their hands. A new technologically-superior Soviet nuclear sub, the Red October, is heading for the U.S. coast under the command of Captain Marko Ramius (Connery). The American government thinks Ramius is planning to attack. A lone CIA analyst named Jack Ryan (Baldwin) has a different idea: he thinks Ramius is planning to defect, but he has only a few hours to find him and prove it because the entire Russian naval and air commands are trying to find him, too. The hunt is on!

The 4K Ultra HD/Blu-ray Combo in a Limited Collector’s Edition Steelbook includes access to a Digital copy of the film, as well as commentary by director John McTiernan and the behind-the-scenes featurette “Beneath the Surface” on the Blu-ray.