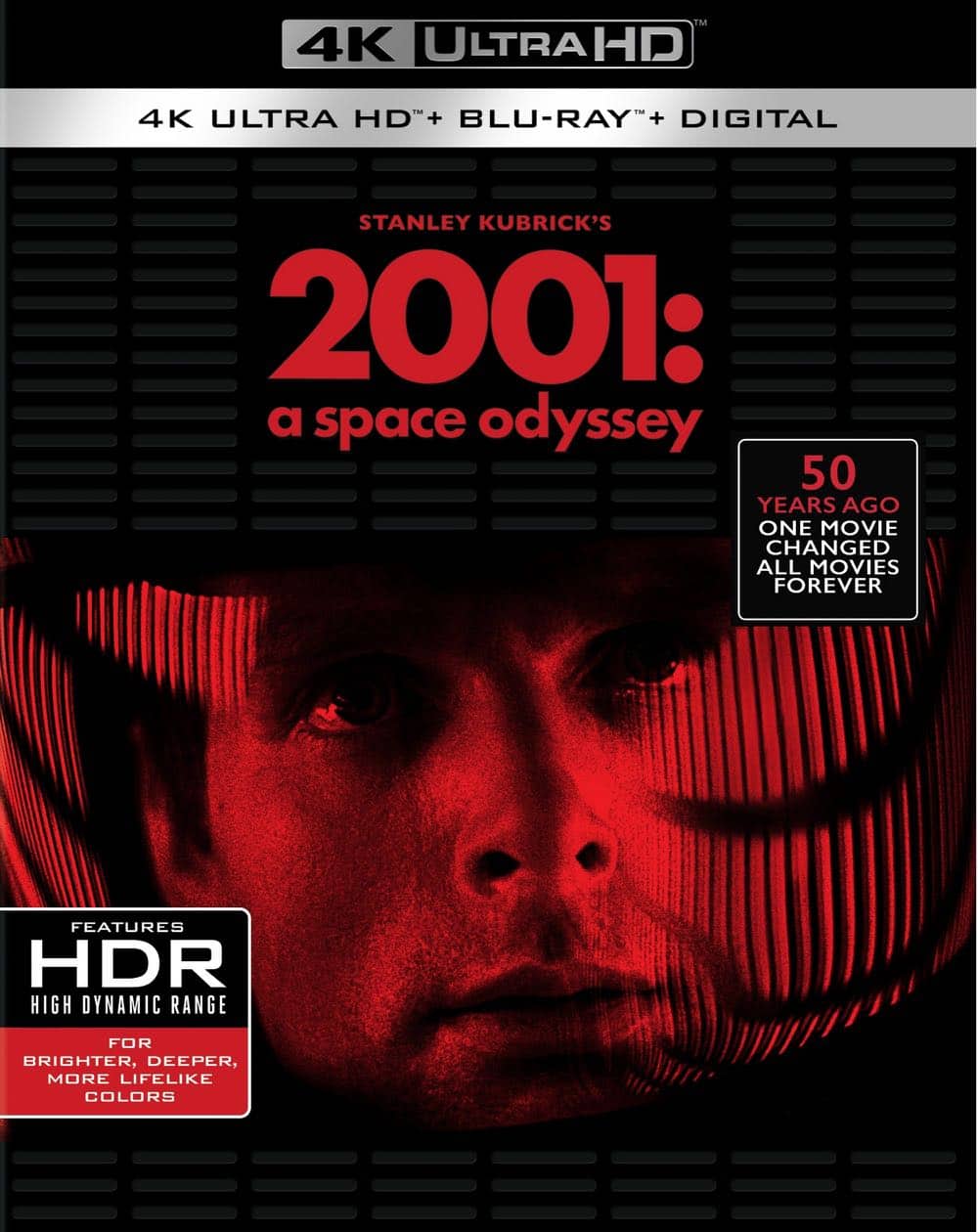 Continuing the celebration of the 50th anniversary of Stanley Kubrick’s 2001: A Space Odyssey, Warner Bros. Home Entertainment announced today that the renowned director’s groundbreaking science fiction epic will be released on 4K Ultra High Definition (UHD) Blu-ray™ in premium collectible packaging and 4K UHD Digital on October 30. Widely considered among the greatest films of the 20th century, 2001: A Space Odyssey returned to U.S. theatres in May following the debut of an “unrestored” 70mm print at the 71st annual Cannes Film Festival. The film is playing throughout the summer at select theatres.

For the first time since the original release, new 70mm prints were struck from pristine printing elements made from the original camera negative. A longtime admirer of the late American auteur, Christopher Nolan worked closely with the team at Warner Bros. Pictures throughout the mastering process.

“2001 to me is the most cinematic film that has ever been made and it has been an honour and a privilege to be able to share the film with a new generation,” said Nolan. “4K UHD allows the closest recreation of viewing the original film print in your own home. Kubrick’s masterpiece was originally presented on large format film and the deeper colour palette and superior resolution comes closest to matching the original analogue presentation.”

With 2001: A Space Odyssey, director Stanley Kubrick redefined the limits of filmmaking and cemented his legacy as one of the most revolutionary and influential film directors of all time. Originally released in 70mm Cinerama roadshow format on April 4, 1968, the film ignited the imaginations of critics and audiences alike and its impact continues to resonate to this day.

The film was directed and produced by Kubrick and written by Kubrick and Arthur C. Clarke, inspired by Clarke’s short story “The Sentinel.” The film stars Keir Dullea and Gary Lockwood.

An award-winning director, writer and producer, Christopher Nolan most recently earned dual Academy AwardÒ nominations, for Best Director and Best Picture, for his experiential tour-de-force Dunkirk, which in July 2017 received the largest 70mm release in the last quarter century. His diverse filmography also includes Interstellar, Inception, the blockbuster The Dark Knight Trilogy, The Prestige, and Memento, for which he received his first Oscar nomination, for Best Original Screenplay.

In addition to being included with the 4K UHD, the remastered Blu-ray disc with the feature film in hi-definition will also be available on October 30 as a standalone product for $19.98 SRP.

The 4K UHD Blu-ray disc of 2001: A Space Odyssey will feature Dolby VisionTM HDR that dramatically expands the color palette and contrast range and uses dynamic metadata to automatically optimize the picture for every screen, frame by frame.

Fans can also own 2001: A Space Odyssey in 4K UHD via purchase from select digital retailers including iTunes, Google and Vudu on October 30.

Stanley Kubrick’s dazzling, Academy AwardÒ-winning achievement is a compelling drama of man vs. machine, a stunning meld of music and motion. Kubrick (who co-wrote the screenplay with Arthur C. Clarke) first visits our prehistoric ape-ancestry past, then leaps millennia (via one of the most mind-blowing jump cuts ever) into colonized space, and ultimately whisks astronaut Bowman (Keir Dullea) into uncharted space, perhaps even into immortality. “Open the pod bay doors, HAL.” Let an awesome journey unlike any other begin.

2001: A Space Odyssey Blu-ray disc contains the following elements:
· Remastered Blu-ray™ with the feature film in hi-definition with Commentary from Keir Dullea and Gary Lockwood

On October 30, 2001: A Space Odyssey will be available to own in 4K UHD from select digital retailers, including iTunes, Google, and Vudu. 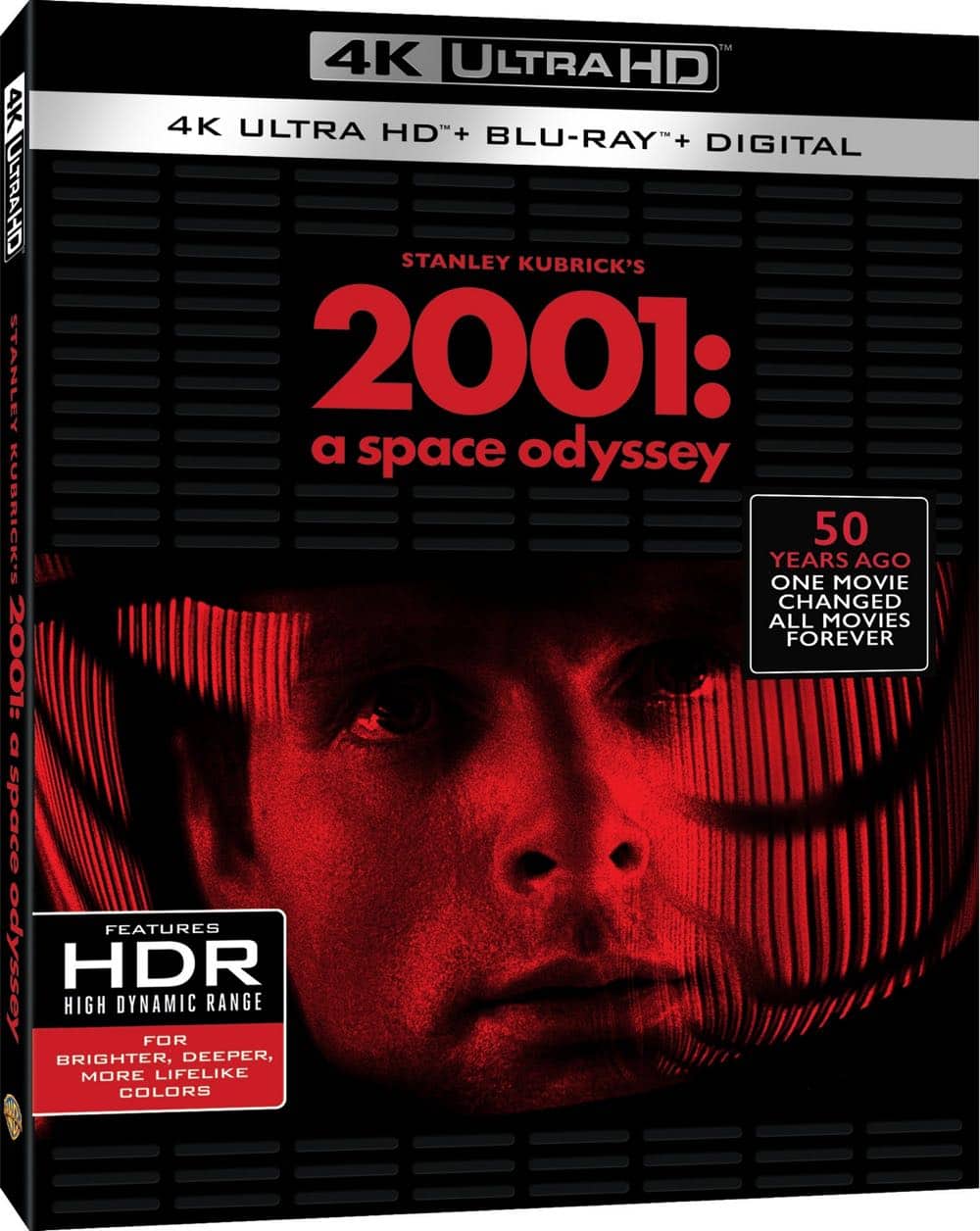