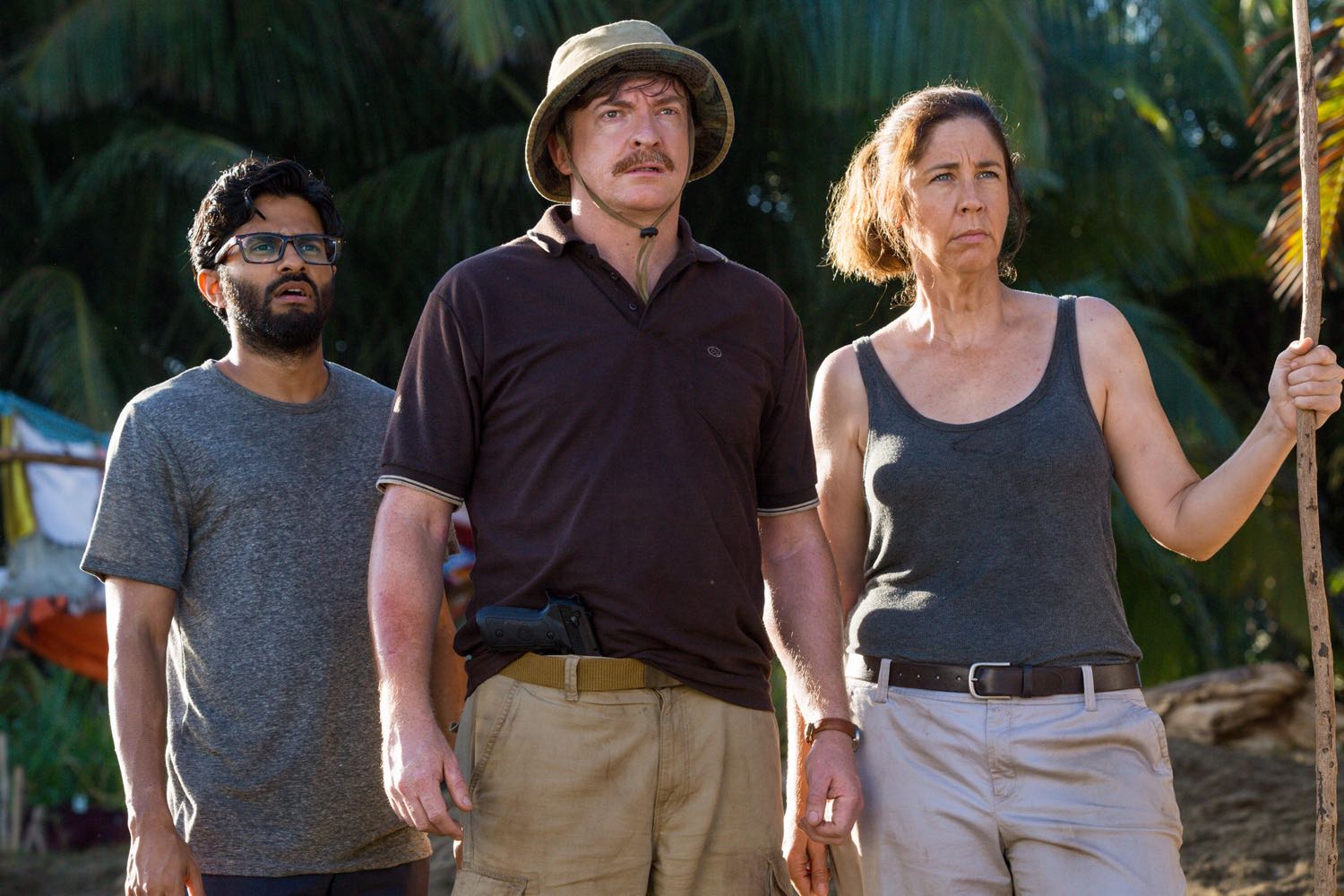 TBS’s latest sitcom, WRECKED, is nothing if not ambitious. It begins with a plane wreck on a deserted island, and then laughs ensue as the survivors get bogged down in petty things, rather than what it takes to survive. If this sounds like the comedy version of Lost, I believe that’s on purpose given the pilot’s title of “All’s Not Lost” and the appearance of the primary Jack-like hero who steps up at the beginning.

But WRECKED isn’t about to just rehash Lost. It can’t, can it? After all, Lost was a deep and complex series that had a lot of mythology. A comedy does not support that kind of structure (unless it’s Arrested Development). So while WRECKED picks at certain elements of Lost, such as the ghost of a dead father showing up to chastise his son, or lampoons a scene of a survivor trying to get a radio signal, I don’t expect it to commit to flashbacks and smoke monsters in any real way.

Still, the fact that someone is even going after Lost, a cultural icon of television no matter what you thought of its polarizing ending, is laudable. It’s one of those ideas that usually gets the low budget internet treatment, and I’m delighted to see this one make it to broadcast with actual money behind it instead. Even when the results are mixed, which does happen in the first few episodes, it still seems ambitious enough to be worth trying.

A couple of faces in the cast look familiar, but none are A-, or even B-, list stars, which may work in WRECKED’s favor. At the center are flight attendant Owen O’Connor (Zach Cregger, Guys With Kids, The Whitest Kids U’Know) and a fat (for TV) passenger lazy Owen was told to interact with, Danny Wallace (Brian Sacca, The Wolf of Wall Street). They are the odd couple who step up to lead when they’re not sitting on the sidelines making fun of their fellow survivors. And they work just fine as the focus of the show.

There are plenty of extras milling around in such a way that new people can be added to the group at any time, and I expect that to happen. A lot of the writing focuses on spoofing the genre, from comments such as pointing out the relative unattractiveness (for TV) of the castaways, to the way a boar is easily slaughtered. The rest goes for typical sitcom fodder, such as mistaking a golf club for a child, that seems crazily out of place under the circumstances.

WRECKED isn’t the best comedy on television; not even close. But it may be the boldest, taking a huge risk to commit whole-heartedly to such a bizarre concept. I applaud that fully, and as such, am definitely willing to give this show a chance to find its footing. The first few episodes aren’t bad overall, and each have some really clever elements to them that prove why this program should be made. I hope it gets a second season just because I believe the first one will likely be a hit-and-miss learning experience, and I am very interested to see what could happen if this is taken further.