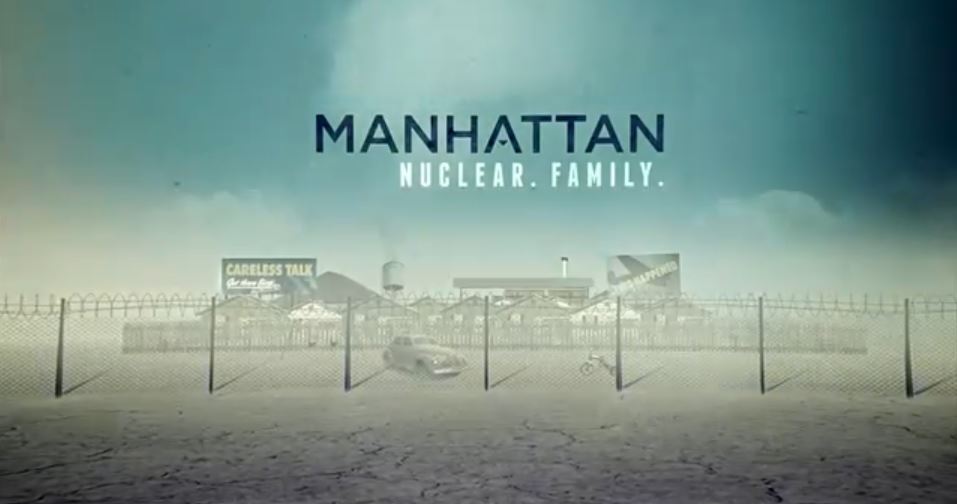 WGN America has ordered a second season of its critically acclaimed original drama “Manhattan,” it was announced today by Matt Cherniss, President and General Manager, WGN America and Tribune Studios.  Among television’s most widely praised new series of the year, “Manhattan” is scheduled for its season one finale on SUNDAY, October 19 at10:00 p.m. ET/9:00 p.m. CT on WGN America.  Created and written by Sam Shaw, directed by Emmy Award®-winning directorThomas Schlamme and produced by Lionsgate Television, Skydance Television and Tribune Studios, the second season of “Manhattan” will begin production next Spring for a 2015 debut.

“‘Manhattan‘ represents the kind of high-quality original series we aim to deliver at WGN America, and we couldn’t be more thrilled with the show’s widespread critical acclaim and its loyal audience,” said Cherniss.  “Sam, Tommy and the talented cast and creative team have so brilliantly brought to life the world of the Manhattan Project and we can’t wait to see what secrets and surprises await us in season two.”

“We’re so thrilled to get to continue telling this extraordinary American origin story with our incredible family of writers, actors, directors and crew – and to be doing it on WGN America, which has always supported our creative vision,” said Shaw and Schlamme.