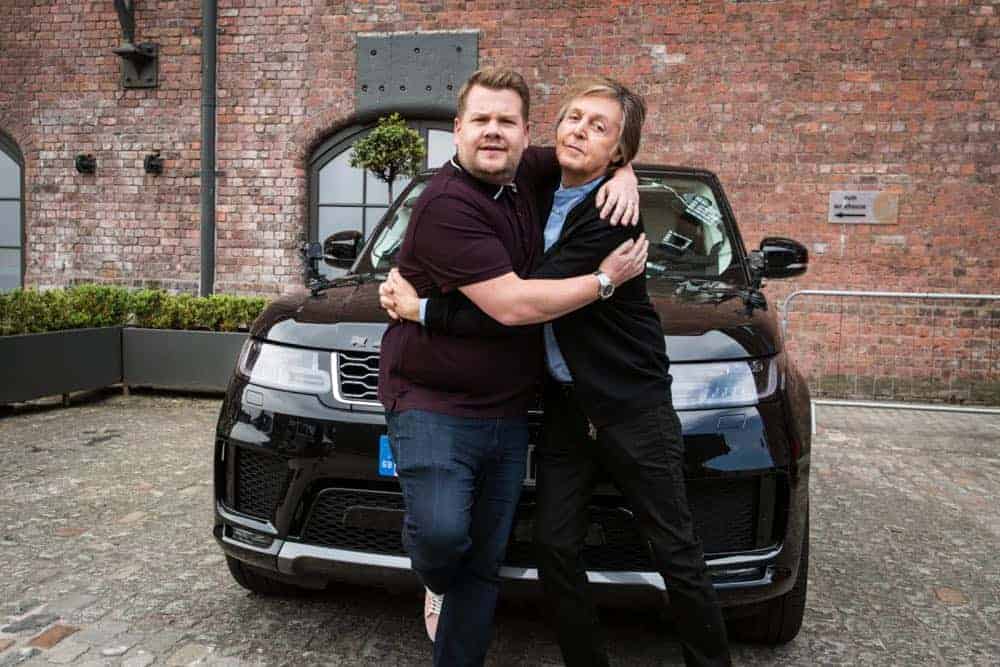 James Corden heads to Liverpool for a special day with Paul McCartney spent exploring the city of Paul’s youth, visiting his childhood home where he wrote music with John Lennon, performing songs in a local pub and of course driving around singing a few of Paul’s biggest hits.

Each week night, James Corden invites the audience to join in on the fun as the Emmy Award-winning THE LATE LATE SHOW with JAMES CORDEN features a mix of celebrity guests, musical acts, games and sketches. Corden differentiates his show by giving a peek behind-the-scenes into the green room, bringing all of his guests out at once and lending his musical and acting talents to various sketches. Additionally, bandleader Reggie Watts and the house band provide Corden with original, improvised music throughout the show. Since Corden took the reins as host in March 2015, the show has quickly become known for generating buzzworthy viral videos, such as Carpool Karaoke.