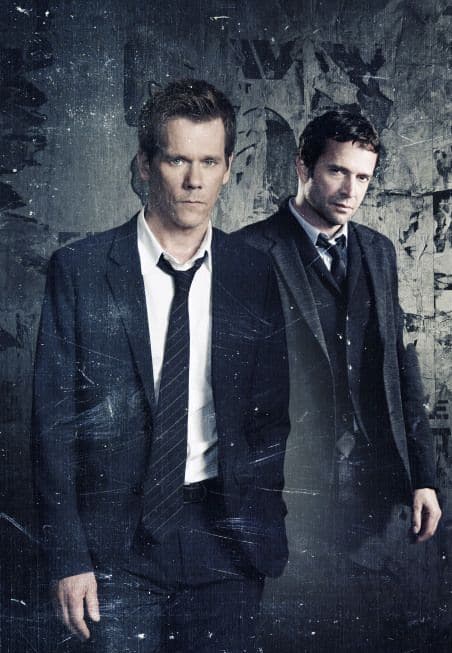 Fans can catch screenings of the pilot episodes of highly anticipated new drama series Almost Human, The Tomorrow People and The 100, and hear from producers and stars of the shows during panels and autograph signings

The Studio’s 2,400-square foot booth will once again be a must-visit destination on the convention floor

And more surprises to come…

For the sixth straight year, WBTVG gets Comic-Con off to a dramatic start by hosting a special sneak peek, world-premiere screening event on Preview Night, debuting some of the most hotly anticipated new series of the year. For 2013, WBTV will screen the complete pilot episodes of Almost Human, The Tomorrow People and The 100 for the first time ever in public. Additionally, WBTV will unveil a special presentation of The Originals on the big screen, featuring never-before-seen footage that did not air as part of “The Originals” episode of The Vampire Diaries episode in April.

Almost Human: In the near future, technology and crime will increase so quickly that law enforcement will not be able to keep up. To maintain order and keep the public safe, all police officers must partner with highly evolved human-like-androids known as synthetics. From J.J. Abrams’ Bad Robot Production and Fringe executive producer J.H. Wyman, Almost Human is the story of Detective John Kennex (Karl Urban – Star Trek), and his life-like android partner Dorian (Michael Ealy – Underworld Awakening).

The Originals: From executive producer Julie Plec comes The Originals, a spinoff of The CW’s #1 series among Adults 18–34 and Comic-Con fan-favorite The Vampire Diaries. The sexy new drama centers on the Original Family, as Klaus (Joseph Morgan) returns to the supernatural melting pot that is the French Quarter of New Orleans.

The Tomorrow People: From executive producers Greg Berlanti (Arrow), Julie Plec (The Vampire Diaries), Phil Klemmer (Chuck) and Danny Cannon (Nikita), The Tomorrow People is a story of several young people from around the world who represent the next stage in human evolution, possessing special powers, including the ability to teleport and communicate with each other telepathically.

The 100: 97 years ago, Earth was devastated by a nuclear apocalypse, and mankind was nearly destroyed. The only survivors were the inhabitants of 12 international space stations that were in orbit at the time. The stations came together to form the Ark, but with resources dwindling and population growth soaring, the decision is made to send The 100, a group of juvenile delinquents, to the surface to test whether Earth is once again habitable.

PLEASE NOTE: Series stars and creative teams scheduled to attend are subject to change. Additional attendees — as well as information on panel sessions, signings and other events — will be provided as news breaks. Panel times and room locations will be announced in the coming weeks.

MAD (Mondays 8:30/7:30c Cartoon Network): Get a glimpse behind the MADness with MAD television producers Kevin Shinick and Mark Marek.

The Big Bang Theory (Thursdays 8/7c CBS): In a panel sure to be filled with debate and discussion — and more than a few surprises — executive producers Steven Molaro and Bill Prady and the writers of The Big Bang Theory take fans behind the scenes of TV’s #1 comedy.

Beware the Batman (Saturdays 10 a.m. ET/PT Cartoon Network, premiering July 13): The Dark Knight makes his return to television in this new action-packed CG animated series. Producers Glen Murakami and Mitch Watson will give fans a peek behind the cape.