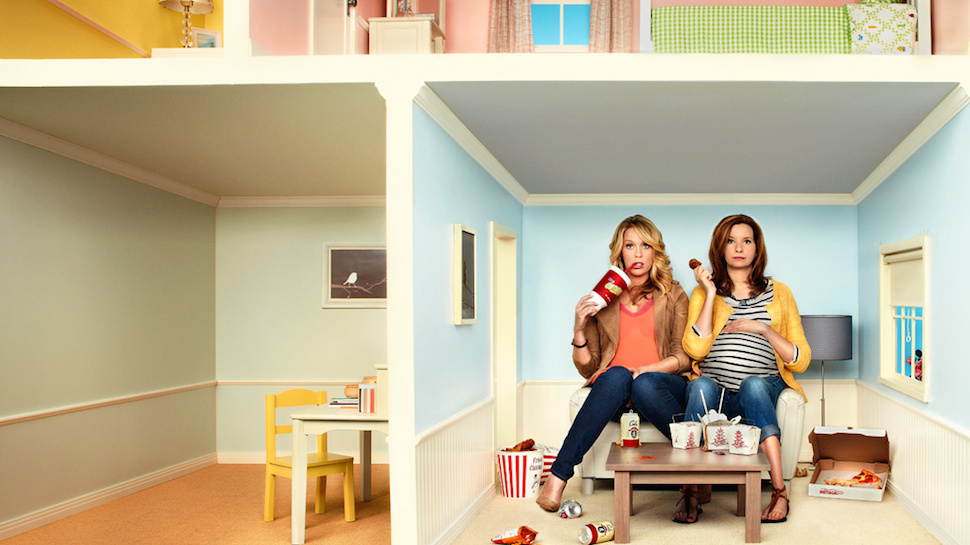 “Not only is this a show for the ages, PLAYING HOUSE also represents a whole new way of financing production with its unique partnership of ad sales, Comcast, studio and network,” said Jeff Wachtel, President and Chief Content Officer, NBCUniversal Cable Entertainment.

“Year-over-year we have seen PLAYING HOUSE attract critical acclaim and a loyal fan base that continues to grow,” said Jackie de Crinis, Executive Vice President Original Programming, USA Network, “The unique relationship between Jessica and Lennon translates into a heart-warming comedy about friendship and we are delighted to have it for a third season.”

Last season, Comcast and NBCUniversal introduced a new distribution model which allowed viewers to watch every episode of PLAYING HOUSE on Video-On-Demand (VOD) before it aired on USA Network.  This not only gave the super fans early access to new episodes, but drove new viewers to the series.  As a result, PLAYING HOUSE doubled its VOD audience from season one to season two and, based on the broad partnership with Comcast, the show was #3 on the XFINITY on Demand platform during its premiere month in August, beating all other broadcast and basic cable offerings.

The VOD episodes offered limited commercial breaks with custom branded spots, which were co-created by, and featured, St. Clair and Lennon. This new model offered the series’ three signature sponsors — Samsung, Toyota and Comcast — premium placement across millions of multiplatform-connected homes and engaged the highly passionate community of fans among USA Network subscribers (USA Now apps, web, mobile, connected TV) as well as distribution partners’ VOD and TV Everywhere platforms.  The PLAYING HOUSE sponsorship enhanced campaign messaging for all three sponsors and brand favorability increased by as much at 15% among VOD viewers.

“We’re thrilled to bring PLAYING HOUSE back to USA and for our partners to engage with, and reach, such passionate viewers in meaningful ways,” said Linda Yaccarino, Chairman, Advertising Sales and Client Partnerships, NBCUniversal. “The demand for opportunities like those we created around this show last season continues to be extraordinary and we’re excited to do even more in season three.”

“PLAYING HOUSE is a series that continues to build audience through platforms like Xfinity on Demand,” said Matt Strauss, Executive Vice President and General Manager, Video Services, Comcast Cable. “This year, views of PLAYING HOUSE on Xfinity On Demand more than doubled from season one to season two. And by making every episode of season one available for new audiences to catch up and stay current with the show, views of season one increased nearly 130 percent year-over-year.”

Building on the success of the season two distribution model, Comcast and NBCUniversal plan to launch PLAYING HOUSE with a similarly innovative windowing structure and sponsorship model when the show returns for season three.

Frequently hailed as the new “Lucy and Ethel” or “Tina and Amy,” St. Clair and Parham have emerged as a standout comedic duo. Critics hailed the series as “…next-level hilarious…” and “Punch-You-In-The-Gut Funny,” making it one of USA’s most talked about series.

Childhood best friends Maggie Caruso (Parham, “Parks and Recreation”) and Emma Crawford (St. Clair, “Bridesmaids”), have shared countless adventures growing up in the charming town of Pinebrook, Conn.  When Maggie discovered that her husband Bruce (Brad Morris, “Seeking a Friend for the End of the World”) was having an online affair, Emma gave up her burgeoning business career in China to stay in their hometown and help Maggie raise her baby.  Now, Emma is forced to confront the past that she abruptly left behind thirteen years ago: her first love and local cop, Mark (Keegan-Michael Key, “Key & Peele,”), her prim-and-proper mother (Jane Kaczmarek, “Malcolm in the Middle”) and a small town that she’s never felt comfortable in.  Key was recently nominated for a Critic’s Choice Award for his role in PLAYING HOUSE.

In addition to St. Clair and Parham, PLAYING HOUSE is executive produced by Ravi Nandan of A24 Films (“Hesher”) and Scot Armstrong of American Work, Inc. (“Old School,” “Hangover 2”). The series is produced by UCP.