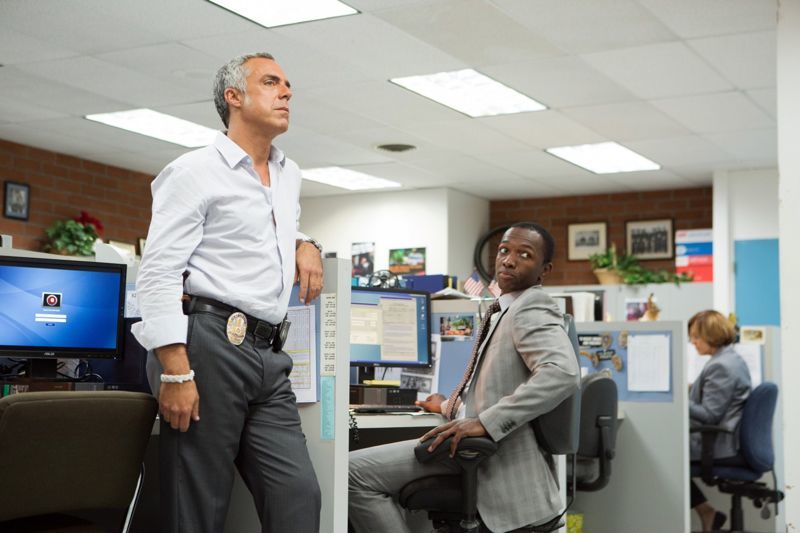 This Winter’s TCA tour included presentations from the Amazon, who presented on the seventh day of the tour.  Here are some of the featured television shows and specials that caught our attention:

During the preliminary introduction, Roy Price, head of programming, announced that viewership of the Amazon originals is eight times higher than last year.  Price also said that Amazon is tremendously proud of the burgeoning viewership and the fact that its comedy series have cracked into the Emmys, Golden Globes, Critic’s Choice and TCA award shows.

In fact, to date, THE MAN IN THE HIGH CASTLE is the highest viewed drama on Amazon, with HDR stream numbers hang tripled since November, when the show was first released, and in case you missed the great news awhile back, Amazon’s original series THE MAN IN THE HIGH CASTLE was renewed for Season 2.  (Observation: Fantastic to see viewers discovered this cool show.)  No premiere date for Season 2 has been announced yet.

Side-Note: The thing to know about online original TV shows: viewers need to get used to idea that if watch Season 1 of any online TV show in one day or a weekend, it will be an entire year before Season 2 is available.  Viewers and fans seem to be wondering all the time when next season of an online show will be available, best estimate is one year after the Season 1 release date.   (Observation:  Binge-watchers have lost sense it takes time to write, cast, produce an online show. There is typically 1 year between season release dates.)

When BOSCH returns for Season 2, Harry Bosch is a world-weary, tenacious cop who will be pushed to the limit and nearly losses his family in the process when he goes up against the Mob and dirty cops.  Star Titus Welliver describes Bosch as “the quintessential anti-hero. . . a very flawed human” and a “grinder in his pursuit for justice . . . closure for the victims.”  He admitted that he had read the Bosch books and was drawn to the well-crafted script for the show.  It was a role he felt he had to play.  Appropriately, the tagline for Season 2 of BOSCH:  “Harry Bosch is back and badder than ever.”   Season 2 of BOSCH also features Lance Reddick, Sarah Clarke, Amy Aquino and Jeri Ryan.  (Observation:  Amazon’s BOSCH is modern noir-style, detective story series. After watching one episode, it completely draws you in. Addictive show.)  Season 2 premiere March 11th on Amazon.

Amazon’s new drama series MAD DOGS is adapted from the British series of the same name and debuts in just a few weeks.  Executive producer Shawn Ryan and Cris Cole (who is also the creator of the U.K. series) described the shows as: “friendship under duress.”  MAD DOGS is about four male friends to take a vacation to Belize and it does not go as expected involving adventures with deadly jungle cats and drug lords. Shawn Ryan said, “Cris Cole described it as a farce-noir and I love that term. Examines uselessness of middle-aged American men. . . these are men who aren’t going to achieve the dreams they had when they were younger.”  And that disappointment of failed and unfulfilled dreams spurs them to take risks that perhaps have unintended and dire consequences.  MAD DOGS stars Billy Zane, Romany Malco, Steve Zahn and Michael Imperioli, and the terrific Allison Tolman (last seen in FARGO Season 1).  For fans that may have seen the U.K. series, Shawn Ryan assured that the U.S. version deviates from U.K. series starting around episode 5.  Also MAD DOGS is set in Belize, but was actually filmed in Puerto Rico.  MAD DOGS premieres January 22nd on Amazon.

Amazon’s comedy series CATASTROPHE strives to deliver a fresh and honest portrayal of love in the modern era.  Returning for Season 2, it seeks to balance poignancy and absurdity — and while there is now a baby on the scene, the show still tightly focuses on the relationship of the characters opposed to just their roles as parents.  Self-described as a romantic-comedy, the show does have a bit of cringe-worthy humor and does not hold back from portraying the awkwardness between the characters as they attempt to carve out a life together.  Creator and star Rob Delaney admitted that for Season 2:  “We wanted to show the horror of a marriage in progress.”  Carrie Fischer returns to reprise her role as Rob’s mom in Season 2, as well.  (Observation:  starring Sharon Horgan and Rob Delany, CATASTROPHE is charming amongst all its adult-humor.)  Season 2 will debut April 8th on Amazon.

Another new addition for Amazon is its weekly series THE NEW YORKER PRESENTS.   Executive producers Kahane Cooperman, Alex Gibney, and David Remnick explained that THE NEW YORKER PRESENTS is a series of documentaries, short stories, and interviews — 99% of which were initially featured as written articles in The New Yorker — which they wanted to explore further and present to an audience that may have not see the original article in the magazine.  The show wants to present a collective of intelligences and creative personalities gathering both fiction and non-fiction stories to present to their audience.  David Remnick said that they really appreciated the opportunity to court an even broader audience than the magazine and The New Yorker have right now in the print and online circulations — to those stories heard. The first 3 episodes of THE NEW YORKER PRESENTS premiere on February 16th and then Amazon will air 2 episodes every week after that.

That’s a wrap on the network and studio presentations from Day 7 of the Winter 2016 Television Critics Association Tour.  As a reminder: be sure to mark your calendars for the upcoming new series and specials as you do not want to miss out on the next great TV show that everyone will be talking about!