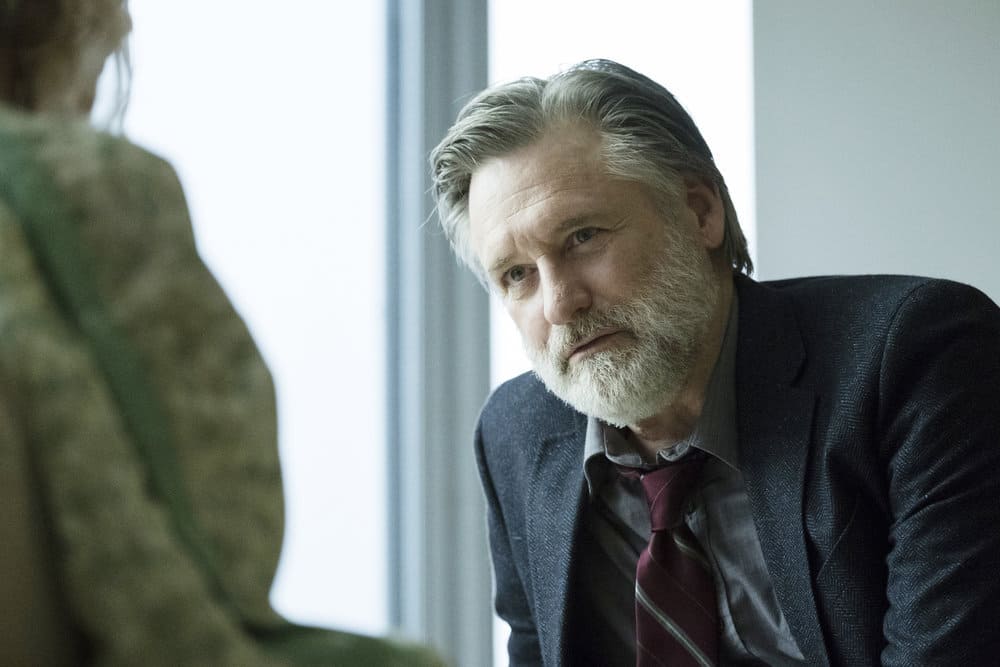 THE SINNER Season 2 lures Detective Harry Ambrose (Bill Pullman) back to his hometown in rural New York to assess an unsettling and heart wrenching crime — parents murdered by their 11-year-old son, with no apparent motive. As Ambrose realizes there’s nothing ordinary about the boy or where he came from, the investigation pulls him into the hidden darkness of his hometown. He’s pitted against those who’ll stop at nothing to protect its secrets — and a mysterious woman who proves to be a complicated, enigmatic piece to this haunting puzzle.

“THE SINNER was a huge success for USA Network,” said Chris McCumber, President, Entertainment Networks for NBCUniversal Cable Entertainment. “In our second season, we’ll follow Detective Ambrose as he tracks his newest “why-dunnit,” while staying true to the unique, edge-of-your-seat storytelling that captivated audiences and critics alike.”

“Jessica, Derek, and team created a mesmeric and compelling world in the first installment of THE SINNER,” said Dawn Olmstead and George Cheeks, Co-Presidents, Universal Cable Productions and Wilshire Studios. “We are very proud of the series they have developed and it is with great excitement that we, along with our partners at USA Network, announce a new chapter in Detective Ambrose’s story, played once again by the incomparable Bill Pullman, as he embarks on a gripping new mystery.”